There are a lot of reasons that the third time did not prove to be a charm for Romney's presidential ambitions, but Murdoch's public rebuke sure didn't help.

Having tried and failed to get his hands on Time Warner, Murdoch is back to king-making. As the man who controls both the Fox News Channel and The Journal, he doesn't exactly have to attend a precinct caucus to exercise political influence.

He's clearly enjoying life as a mogul and newspaper titan, enough to invite others to the party.

"Is there a price for lifetime happiness for generous but bored, public spirited multibillionaire? Mike Bloomberg can easily afford NY Times," Murdoch wrote on Twitter, after New York magazine reported, based on not very much, that Michael Bloomberg might try to buy the newspaper.

Only two people in the world could have this conversation, whether in public or private: Both are New York media owners, both with more money than many sovereign republics and both huge fans of the news and the organizations that trade in it.

Murdoch has a big national newspaper, The Wall Street Journal, and though Bloomberg does not, they are otherwise similarly situated overlords. And so Murdoch's entreaty to his friend Bloomberg: C'mon in, the water is fine.

I don't think The New York Times is for sale, but it is a telling sentiment, a conversation among kings about what possessions are truly precious to the men who have everything.

Even if The Times were for sale, how would it benefit Murdoch to have a rival paper in the hands of an equally moneyed media baron? It wouldn't, but it is in Murdoch's nature to stir the pot and create mischief. He's mostly just having his version of fun, all the while tweaking a competitor, which is another hobby.

Bloomberg had his own version of fun running New York City for three terms. Now that he is on the other side of that, he did not take long to realize that he was not going to sit in the back seat of the huge data and media company he built while others drove.

I don't know Bloomberg or Murdoch personally, but I have covered them enough to know that they share a few hobbies. They both enjoy gossip, are inveterate news hounds and love to involve themselves in all aspects of the production of the news. They also like to wield broad influence on how that news unfolds.

True, Bloomberg was educated as an engineer and is the ultimate rationalist whereas Murdoch came up in the bare-knuckled world of tabloids and relies on his gut. But neither seems particularly interested in money in the way that only the fabulously rich can be uninterested in money, and they both love winning. Beyond business and politics - which are, after all, about winning - neither appears animated by much else.

As business reporters, we tend to overanalyze the titans among us, because, well, they aren't like us. Watching Murdoch, who controls and owns big chunks of a movie studio, a cable news channel, and newspaper and television properties all over the world, and Bloomberg, who owns a worldwide terminal and data business, along with various media assets, it's easy to guess that the empire-building is all part of one, huge unified plan.

But in some respects, they remind me of other newspaper owners in various sized towns that I have covered - men with an immense appetite for power who want nothing so much as to be in the middle of things. Bloomberg and Murdoch just have many more zeros behind their net worth, and global empires to match.

To project might, few things are as effective as owning big, throbbing media properties. Since returning to his company, Bloomberg, 72, has dedicated a large amount of money to remaking his media operations, including a reorganized website that was unveiled last week. By all reports, he has spent time tinkering with even the most minute aspects of the redesign, despite that being a tiny part of his company.

Murdoch vastly overpaid for The Journal, and continues to support the money-losing New York Post. When News Corp. split two years ago, he protected his beloved newspaper assets in a well-funded new company. He is, by all accounts, highly involved with his papers and finds no detail too small to merit his interests.

These are extremely successful businessmen who spend many hours on noneconomic parts of their businesses. They do so for two reasons: because they can, and because it is fun. Even those of us who aren't billionaires could tell you as much - creating media content is a diverting activity that rarely resembles actual work.

At 83, Murdoch has seen a few presidential elections come and go, and, through Fox News and The Journal, has had a hand in influencing most of them. But that won't be true forever, which may explain his antipathy at the prospect of Romney's taking another shot at the White House. (And it's not just the Republicans: On Sunday, he tweeted: "Guess what! Joe Biden actively preparing to run against Hillary. Maybe others like Kerry.") An Australian by birth who became an American citizen, he recently said in an email to my colleagues Amy Chozick and Michael Barbaro that he made no apologies for his interest in U.S. politics.

"I am deeply interested in the future of our country, and I enjoy meeting with potential candidates of both parties," he wrote to them, responding to an inquiry about his political activity. "I am keen to hear their views, whether it's on tax reform, immigration or defense and foreign policy."

And they will be pretty keen to hear his. Other presidential hopefuls will be stopping by to see Bloomberg, who is seen as a centrist and is among those perennially mentioned as a possible candidate.

Executives at Bloomberg say that all of the investments in media are about driving traffic to the terminal business, but I don't buy it. The company did not hire Mark Halperin and John Heilemann, longtime political reporters, at a reported cost of $1 million each to operate in the confines of some financial terminal. It is a classic influence play, a way to gain stature and currency.

And while everyone around Murdoch - family, investors and senior executives - was against buying The Journal at the precise moment that newspapers seemed most embattled, he went ahead and did it anyway. Because he wanted to, and because he could. 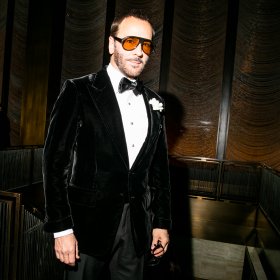 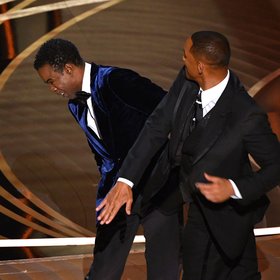