"You can always tell when the king is here," Trump's longtime butler here, Anthony Senecal, said of the master of the house and Republican presidential candidate. The king was returning that day to his Versailles, a snowbird's paradise that will become a winter White House if he is elected president.

Mar-a-Lago is where Trump comes to escape, entertain and luxuriate in a Mediterranean-style manse, built 90 years ago by cereal heiress Marjorie Merriweather Post. Few people here can anticipate Trump's demands and desires better than Senecal, 74, who has worked at the property for nearly 60 years, and for Trump for nearly 30 of them. He understands Trump's sleeping patterns and how he likes his steak ("It would rock on the plate, it was so well done"), and how Trump insists - despite the hair salon on the premises - on doing his own hair.

Senecal knows how to stroke his ego and lift his spirits, like the time years ago he received a warning from Trump's soon-to-land plane that the mogul was in a sour mood. Senecal quickly hired a bugler to play "Hail to the Chief" as Trump stepped out of his limousine to enter Mar-a-Lago. Most days, though, he greeted Trump with little fanfare, taking the suit he arrived in to be pressed in the full-service laundry in the basement.

The next morning, before dawn and after about four hours' sleep, Trump would meet him at the arched entrance of his private quarters to accept a bundle of newspapers including The New York Times, The Daily News, The New York Post and the Palm Beach papers. Trump would emerge hours later, in khakis, a white golf shirt and baseball cap. If the cap was white, the staff noticed, the boss was in a good mood. If it was red, it was best to stay away.

On Sundays, Trump would drive himself to his nearby golf course, alternating each year between his black Bentley and his white Bentley.

Senecal tried to retire in 2009, but Trump decided he was irreplaceable, so while Senecal was officially relieved of his butler duties, he has been kept around as a kind of unofficial historian at Mar-a-Lago. "Tony, to retire is to expire," Trump told him. "I'll see you next season."

Senecal, with horn-rimmed glasses, a walrus mustache and a white pocket kerchief in his black jacket, seems to reflect his boss' worldview: He worries about attacks by Islamic terrorists and is critical of Trump's ex-wives. And like Trump, he is at ease among the celebrities who visit the estate.

But while he might once have admired Dixie Carter sipping crème de menthe by the fireplace and reciting soliloquies from the show "Designing Women," these days Senecal encounters Gov. Chris Christie of New Jersey lounging on a couch under the living room's 21-foot gold-leafed ceiling, or chatting with Sen. Jeff Sessions of Alabama as he exits the luxurious Spanish Room.

The butler's up-close observations of Trump over the years have revealed not only the mogul's quirks - Trump rarely appears in bathing trunks, for example, and does not like to swim - but also his habitual, self-soothing exaggerations. In the early years, Trump's daughter Ivanka slept in the same children's suite that Dina Merrill, an actress and a daughter of Post, occupied in the 1930s. Trump liked to tell guests that the nursery rhyme-themed tiles in the room were made by a young Walt Disney.

"You don't like that, do you?" Trump would say when he caught Senecal rolling his eyes. The house historian would protest that it was not true. "Who cares?" Trump would respond with a laugh.

Trump is abundantly proud of his ability to drive a golf ball, once asking rhetorically during a news conference: "Do I hit it long? Is Trump strong?" Senecal suggested that Trump was perhaps not quite as strong as he imagined, remembering times they would hit balls together from the Mar-a-Lago property into the Intracoastal Waterway. "Tony, how far is that?" Trump would ask. "It's like 275 yards," Senecal would respond, though he said the actual distance was 225 yards.

Still, Senecal said that Trump could be generous when the mood struck him, sometimes peeling $100 bills from a wad in his pocket to give to the groundskeepers, whom Senecal described as appreciative. "You're a Hispanic and you're in here trimming the trees and everything, and a guy walks up and hands you a hundred dollars," Senecal said. "And they love him, not for that, they just love him."

According to Mar-a-Lago lore, Post, who was once the wealthiest woman in the United States, scoped out the property that would become the estate in the 1920s by crawling through the junglelike brush between Lake Worth and the Atlantic Ocean. She imported stone from Genoa, Italy, and 16th-century Flemish tapestries that she protected by drawing the drapes in the brightest hours. (They faded after Trump bought the place and blasted the living room with sunlight.)

When she died in 1973, Post left the house to the U.S. government with the intent that it would become a presidential retreat. But the upkeep proved too expensive, and ownership was transferred back to Post's daughters, who unloaded it to Trump for less than $10 million in 1985. He turned it into a private club a decade later.

These days, what really seems to bug Trump is the sound of planes over the property. Whereas Post ensured that the nearby airport would divert flights away from the estate during her stays, the same courtesy has not been extended to Trump, and the continual roar of engines "drives him nuts," Senecal said. "Tony," Trump would often shout. "Call the tower!"

The candidate is suing the county-run airport. He has also sued the town in a dispute over the size of his estate's flagpole; the size of the banquet hall he added to the property; and the size of the club, which, to frighten the local gentry, he once threatened to sell to followers of the Rev. Sun Myung Moon. More recently, Mar-a-Lago has set off controversy in the Republican primary, as Trump has been criticized by rivals for hiring employees from abroad to staff the club rather than relying on the local workforce.

"There are a lot of Romanians, there's a lot of South Africans, we have one Irishman," Senecal said of the staff, before echoing Trump's defense that locals shunned the short-term seasonal work. But he also added of the foreigners: "They're so good. They are so professional. These local people," he trailed off, making a disapproving face. Over the decades, he has grown close to the Trump family.

He recalled how Trump's father, Fred C. Trump, once stepped out of his limo on the club's gravel driveway and remarked to Senecal, "Somebody better get that coin." The butler went on his hands and knees and after a few minutes found a crusty penny. "His eyes were incredible," Senecal said of Fred Trump. "Mr. Trump has the same eyes."

He also remembered Donald Trump's young sons running through the library, paneled with centuries-old British oak and filled with rare first-edition books that no one in the family ever read. When the library became a bar, Trump put up a portrait of himself, posing in tennis whites. "I've been in other homes in Palm Beach - same exact painting," Senecal confided archly. "Just a different head."

Senecal adored the Trump children, but found Ivana, Trump's first wife, a demanding presence. She would instruct him to "get that spot out of that rug" and then do it herself if he failed. She would occasionally tell Senecal to have the gardeners go inside because she wanted to swim naked in the pool. In 1990, Senecal took a sabbatical to become the mayor of a town in West Virginia, where he gained some notoriety for a proposal requiring all panhandlers to carry begging permits. He said Trump had written to him, "This is so great, Tony."

Senecal returned in 1992, and took up his old butler's residence, but was soon asked to move out after Trump married Marla Maples, who "really didn't belong here," Senecal said. Also, Trump wanted to rent the room out to members. A decade later, Trump decided to put his own imprint on Mar-a-Lago by building the 20,000-square-foot Donald J. Trump Ballroom.

The venue made its big debut with the 2005 wedding of Trump to Melania Trump, whom Senecal described as exceptionally compassionate. Senecal greeted guests at the door, including Hillary Clinton. (In the interview, he offered a profane description for Clinton, the Democratic presidential front-runner.)

The ballroom later hosted an 80th birthday party for Maya Angelou, thrown by Oprah Winfrey. "Mr. Trump was right on into it," Senecal said. "It was so great. He was clapping."

Senecal's admiration for his longtime boss seems to know few limits. On March 6, as Trump made his way through the living room on his way to the golf course, Senecal called out "All rise!" to the club members and staff. They rose.

Trump was wearing a "Make America Great Again" cap. It was white, not red. He seemed in a good mood. 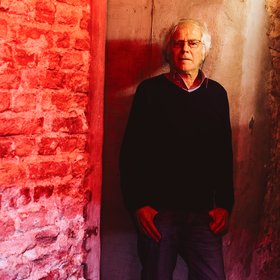