If that is an exaggeration, it is only a slight one. The first banner ads - those long rectangular ads at the top of a web page - looked innocent enough; a half-dozen spots for a variety of large companies, including AT&T, Volvo and Zima, they made their debut on HotWired, the web offshoot of Wired Magazine, on Oct. 27, 1994. People who took part in their creation say the first banners were a resounding success, garnering adulation from readers and advertisers.

But their success birthed a monster that went on to swallow the web whole and has created two decades of havoc. "It's almost like a prank that was played by the technology industry on the media industry 20 years ago," said Chris Dixon, a technology investor at the firm Andreessen Horowitz who has long lamented the unreasonable reach and permanence of the banner ad.

These days, finally, the banner ad is in decline. That is because the web, the medium in which it has thrived, is also in decline. Today we live in a mobile, social world, spending most of our time online using apps that load faster and are much prettier and more useful than websites. Instead of banners, many of these apps, including Facebook, Twitter and Instagram, make money through ads that appear in users' social feeds, rather than off to the side of the page.

Meanwhile, what's so bad about banners?

For one, they have ruined the appearance and usability of the web, covering every available pixel of every page with clunky bits of sponsorship. More than that, banner ads perverted the content itself. Because they are so ineffective, banner ads are sold at low prices for high volume, which means to make any money from them, sites need to pull in major traffic. This business model instilled the idea that page views were a paramount goal of the web, thus spawning millions of low-rent, me-too sites bent on getting your click.

Finally, there is privacy. Behind just about every banner ad is a vast infrastructure designed to track your movements across the web to improve the effectiveness of ads that, according to several studies, most of us never view anyway.

The history of the banner ad is a cautionary tale for today's hot startups. It is a story of what happens when you try to monetize an invention too quickly, before it has gained a wide enough foothold with an audience to create a sustainable, symbiotic business model.

It also illustrates the snowballing dangers of new technology: Once an innovation becomes marginally accepted, its early success can quickly mushroom into dominance, even if pretty much everyone agrees that it is no good.

The banner ad was born of necessity, in a rush, and not because anyone thought it was a particularly good idea.

"There was really no choice," said Andrew Anker, who in the mid-1990s was the chief technology officer of Wired, charged with finding a way to pay for the print magazine's entrance online. Anker knew that subscriptions or other direct payments for Wired's content would not work; it was too technically difficult to accept credit card payments on the nascent web. So advertising became the only option, and the banner ad was a natural shape to fill early browsers.

Anker said that after the first ads ran, he closely watched other sites to see if they would adopt banners. Within a few months, most rivals did. Soon banners became not just a format accepted by advertisers, but something closer to a technical standard.

In Silicon Valley, a new "ad tech" sector emerged to track, serve and measure the effectiveness of ads. The industry was dominated by DoubleClick, which organized millions of pages across the web into a network on which to systematically, aggressively, ceaselessly serve a standard size and format of ad. Some of the biggest sites - Yahoo at the top of the heap - made banners their main business.

In time, banners become inescapable. There were exceptions - the text ads that Google placed beside search results became a blockbuster business - but most sites had no choice but to finance themselves with banners, even long after it became clear that banners were only marginally effective. Advertisers were forced to make banners in standard sizes and formats because that was what most websites were running; sites chose to run such banners because that was what most advertisers were paying for.

Even entrepreneurs who understood the dangers of banners gave in to them. In its earliest days, The Huffington Post built its own innovative set of tools to run its site, but Jonah Peretti, one of its founders, said it turned over much of its ad infrastructure to third-party companies serving banners.

"People who knew more than us told us that that's what you do," Peretti said.

Eventually he realized that banners were hampering how users experienced the site, but it was too late. "When a site loads slowly, you blame the site, but it's actually often the banner ad coming from somewhere else online," Peretti said.

After leaving The Huffington Post, Peretti started BuzzFeed, which eschews banners and has become a model for the possibilities of native ads to finance journalism.

These ads, which The New York Times is also experimenting with, look like ordinary posts on apps and social networks. They are hardly perfect. Many critics, myself included, have warned that they pose a danger of erasing the distinction between sponsored and unsponsored messages online.

And regardless of the rise of native ads, many in the ad world say that banners will stick around.

But if native ads do become the de facto standard of online advertising, they will be a major improvement over banner ads. Both technologically and aesthetically, they do not sit apart from the content with which they appear. This makes them far less annoying to users. An ad for Levi's on Instagram looks just as pretty as a photo from your friends. Even better, it does not take ages to load, does not crowd your screen with animations and is not a pain to dismiss.

You can't blame the web's decline entirely on the usability nightmare perpetuated by banner ads. But it's obvious that banners are not helping. If you switch from an app like Facebook or Instagram to the overcrowded, overstuffed, slow-loading web, you are bound to see a carnival of pop-ups and interstitials - interim ad pages served up before or after your desired content - and scammy come-ons daring you to click. Is it any wonder, really, that this place is dying? 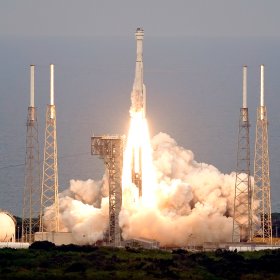