The other patients, normally padlocked inside, were too sick to look up as the body was hauled away. Nurses, some not wearing gloves and others in street clothes, clustered by the door as pools of the patients' bodily fluids spread to the threshold. A worker kicked another man on the floor to see if he was still alive. The man's foot moved and the team kept going. It was 1:30 in the afternoon.

In the next ward, a 4-year-old girl lay on the floor in urine, motionless, bleeding from her mouth, her eyes open. A corpse lay in the corner - a young woman, legs akimbo, who had died overnight. A small child stood in a cot watching as the team took the body away, stepping around a little boy lying immobile next to black buckets of vomit. They sprayed the body, and the little girl on the floor, with chlorine as they left.
As the Ebola epidemic intensifies across parts of West Africa, nations and aid agencies are pledging to respond with increasing force. But the disease has already raced far ahead of the promises, sweeping into areas that had been largely spared the onslaught and are not in the least prepared for it.

The consequences in places like Makeni, one of Sierra Leone's largest cities, have been devastating.

"The whole country has been hit by something for which it was not ready," said Dr. Amara Jambai, director of prevention and control at Sierra Leone's health ministry.
Bombali, the district that includes this city, went from one confirmed case on Aug. 15 to more than 190 this weekend, with dozens more suspected. In a sign of how quickly the disease has spread, at least six dozen new cases have been confirmed in the district in the past few days alone, health officials said.

The government put this district, 120 miles northeast of the capital, Freetown, under quarantine late last week, making official what was already established on the ground. Ebola patients are dying under trees at holding centers or in foul-smelling hospital wards surrounded by pools of infectious waste, cared for as best they can by lightly trained and minimally protected nurses, some wearing merely jeans.

"There's no training for the staff here," said Dr. Mohammed Bah, the director of the government hospital here. "The training is just PowerPoint. It is very difficult to manage Ebola here."

In recent weeks, the world has vowed to step up its response to the epidemic, which has been spreading for more than six months. The United States has sent a military team to neighboring Liberia with plans to build 18 treatment centers to prop up the broken health system. The British have promised to build field hospitals in four urban areas in Sierra Leone, including this one. The French are setting up a treatment center and a laboratory in Guinea. The Chinese have sent scores of medical personnel to the region and have converted a hospital they built outside Freetown into a holding center for Ebola patients. The Cubans have pledged to send more than 400 doctors to help battle the disease in the region.

But little of that help has reached this city. The dead, the gravely ill, those who are vomiting or have diarrhea, are placed among patients who have not yet been confirmed as Ebola victims - there is not even a laboratory here to test them. At one of the three holding centers in Makeni, dazed Ebola patients linger outside, close to health workers and soldiers guarding them. The risk of infection is high, the precautions minimal.

"We encourage them not to have contact with body fluids," said the district medical officer, Dr. Tom Sesay.

There is no Ebola treatment center here and the patients, some of them critically ill, must be taken eight hours over bad dirt roads to the one operated by Doctors Without Borders in Kailahun - that is, when space is available there. Some die on the way. At least 90 people already have died in the district, health officials say - a figure far in excess of what the government in the capital has reported for Bombali. Yet the World Health Organization and others are still relying on Sierra Leone government statistics that appear to seriously undercount the number of victims.

Outside the district medical officer's headquarters at the edge of Makeni - a mining hub in better days - ambulances race off constantly for new bodies. Reports of new cases poured in all weekend.

"We're fighting to see how we can control it," Sesay said. "But we're not being helped by the fact that we have nowhere to take our patients."

The survival rate in Bombali district is "low," Sesay noted.
Indeed, the holding centers appear to be little more than stiflingly hot places to die. At one of the three in Makeni, known as the "Arab Hospital" because it was built with money from Gulf states, five had died overnight and into the morning one day last week; four more were expected to go by that night.

One of them, a small boy, lay curled up under a wooden bed frame, and a nurse explained that he was "in the last stage, vomiting blood." Outside the building, a boy of around 10 propped himself up as best he could against a wall, blood around his eyes, defecating.

"A lot of babies are dying here," said Mohammed Kamara, a soldier guarding the facility.

Three patients lay prostrate under a mango tree in the dirt courtyard, one of them motionless with his arms and legs fully extended, crosslike.

"When they start bleeding, they go inside, and they will not come back out," said Evelyn Bangura, the nurse running the holding center. Close to 30 have died since the center opened Sept. 20.

"I don't want them to be outside," Bangura complained. "We want to minimize the spread." But some of the healthier patients are aggressive and have tried to break out of the facility; Kamara, a soldier guarding it, had to cock his gun, he said. Indeed, three men shouted from one end of the courtyard, demanding to be released: "So healthy for us!"

Some patients who ultimately tested negative for Ebola have been let out of the holding centers, prompting a large crowd to pour into the streets to celebrate this week, thinking it meant that Ebola had been defeated. The government quickly issued a statement saying that, to the contrary, the disease "is still with us and spreading fast."
For many patients, the prognosis is bleak. "They are deteriorating day by day; even to swallow for them is a problem," Bangura said, adding that the constant flow of bodies, and their inability to help, was taking its toll on the beleaguered staff.

The nurses do what they can, dispensing anti-malarial medication, deworming the patients, giving them analgesics. But virtually all of those not already comatose appeared glassy-eyed and listless.

Down the road, an ambulance pulled up, delivering eight new patients to the third holding center; two of the patients were too far advanced to walk into the low-rise concrete facility at the edge of Makeni.

"The problem we are having is the little children," said the chief health officer there, Unisa Kanu.

UNICEF said Tuesday that the Ebola epidemic had orphaned at least 3,700 children in the region.

"Their mothers are already dead; we have seven orphans now," Kanu said. "That is the problem we are having now." 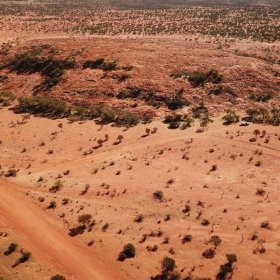 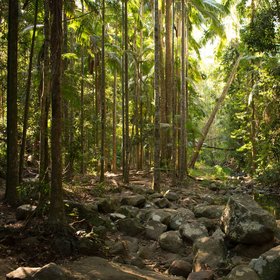 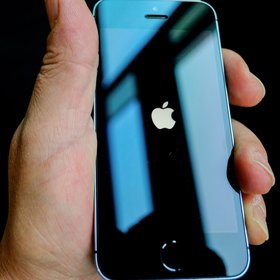 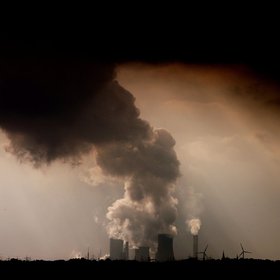