Why not? I’ve certainly thought about it. And I tell myself that the dollars involved are inconsequential, really, that I’m happy with what I’m drinking and that I can afford to be passive about this little extravagance.

Yet I’m clearly making an error, one that reveals a deeper decision-making bias whose cumulative cost is sizable: Like most people, I conduct relatively few experiments in my personal life, in both small and big things.

This is a pity because experimentation can produce outsize rewards. For example, I wouldn’t be risking much by trying a generic soda, and if I liked it enough to switch, the payout could be big: All my future sodas would be cheaper.

When the same choice is made over and over again, the downside of trying something different is limited and fixed — that one soda is unappealing — while the potential gains are disproportionately large. One study estimated that 47 percent of human behaviors are of this habitual variety.

Yet many people persist in buying branded products even when equivalent generics are available. These choices are noteworthy for drugs, when generics and branded options are chemically equivalent. Why continue to buy a name-brand aspirin when the same chemical compound sits nearby at a cheaper price? Scientists have verified that the two forms of aspirin are identical. A little personal experimentation would presumably reassure you that the generic has the same effect.

Our common failure to experiment extends well past generics, as one recent study illustrates. On Feb. 5, 2014, London Underground workers went on a 48-hour strike, forcing the closings of several tube stops. The affected commuters had to find alternate routes.

When the strike ended, most people reverted to their old patterns. But roughly 1 in 20 stuck with the new route, shaving 6.7 minutes from what had been an average 32-minute commute.

The closings imposed by the strike forced experimentation with alternate routes, yielding valuable results. And if the strike had been longer, even more improvements would probably have been discovered.

The fact that many people needed a strike to force them to experiment reveals the deep roots of a common reluctance to experiment.

For example, when I think of my favorite restaurants, the ones I have visited many times, it is striking how few of the menu items I have tried. And when I think of all the lunch places near my workplace, I realize that I keep going to the same places again and again.

Habits are powerful. We persist with many of them because we tend to give undue emphasis to the present. Trying something new can be painful: I might not like what I get and must forgo something I already enjoy. That cost is immediate, while any benefits — even if they are large — will be enjoyed in a future that feels abstract and distant. Yes, I want to know what else my favorite restaurant does well, but today I just want my favorite dish.

Overconfidence also holds us back. I am unduly certain in my guesses of what the alternatives will be like, even though I haven’t tried them.

Finally, many choices are not really choices at all. Walking down the supermarket aisle, I do not make a considered decision about soda. I don’t even pause at the generics. I act without thinking; I automatically grab bottles of Diet Coke as I wheel my cart by.

This is true not only in our personal lives. Executives and policymakers fail to experiment in their jobs, and these failures can be particularly costly. For example, in hiring, executives often apply their preconceived notions of which applicants will be a “good fit” as prospective employees. Yet those presumptions are nothing more than guesses and are rarely given the scrutiny of experimentation.

Hiring someone who doesn’t appear to be a good fit is surely risky, yet it might also prove the presumptions wrong, an outcome that is especially valuable when these presumptions amount to built-in advantages for men or whites or people from economically or culturally advantaged backgrounds.

For government policymakers, experimentation is a thorny issue. We are right to be wary of “experimenting” in the sense of playing with people’s lives. Yet we should also be wary of an automatic bias in favor of the status quo. That can amount to a Panglossian belief that the current policy is best, whereas the current policy may actually be a wobbly structure held together by overconfidence, historical accident and the power of precedent.

Experimentation is an act of humility, an acknowledgment that there is simply no way of knowing without trying something different.

Understanding that truth is a first step, but it is important to act on it. Sticking with an old habit is comforting, but one of these days, maybe, I’ll actually buy a bottle of generic soda. 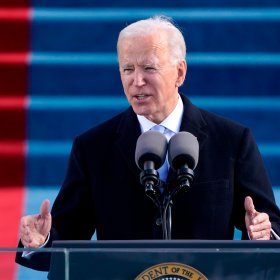