Chan, who dealt with the 2009 avian flu pandemic and the SARS outbreaks of 2002-03, said the Ebola outbreak had progressed from a public health crisis to "a crisis for international peace and security."

"I have never seen a health event threaten the very survival of societies and governments in already very poor countries," she said in a statement delivered on her behalf to a conference in Manila, Philippines, and released by her office in Geneva. "I have never seen an infectious disease contribute so strongly to potential state failure."

More than 4,000 people have died from the Ebola virus, all but a handful of them in the West African nations of Guinea, Liberia and Sierra Leone, according to WHO estimates issued last week. Chan declined to expand on those figures because they were still rising "exponentially."

Instead, Chan drew a number of lessons from the outbreak. Most notably, she emphasized "the dangers of the world's growing social and economic inequalities."

"The rich get the best care," she said. "The poor are left to die."

Ebola emerged 40 years ago, and, Chan said, there were no vaccines or other remedies because it has traditionally been confined to poor African countries. A profit-driven pharmaceutical industry had no incentive to make products for countries that could not pay, she said.

The risks of neglecting health care in developing countries are global, Chan said, adding that "when a deadly and dreaded virus hits the destitute and spirals out of control, the whole world is put at risk."

Moreover, she said, inadequate health care means that the kind of shocks the world is experiencing with greater frequency - including extreme weather events resulting from climate change, armed conflict or "a disease run wild" - could "bring a fragile country to its knees."

A second lesson drawn from the crisis was that "rumors and panic are spreading faster than the virus, and this costs money," Chan said, noting a World Bank estimate that 90 percent of the economic costs of any outbreak "come from irrational and disorganized efforts of the public to avoid infection."

The final message she wanted to deliver, however, was that "the world is ill-prepared to respond to any severe, sustained and threatening public health emergency."

The international health regulations review committee of WHO had reached that conclusion five years ago after the avian flu pandemic, Chan said, and the Ebola virus outbreak showed that it was "spot on." 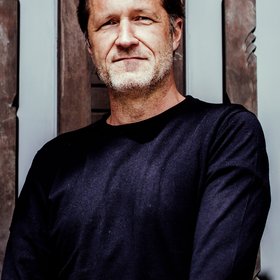