India is sliding toward a collapse of humanity and ethics in political and civic life, as the recent reports of the rape and murder of an 8-year-old girl from a seminomadic Muslim community in the disputed state of Jammu and Kashmir reveal. Politicians from India’s governing Bharatiya Janata Party defended the men accused of the crime and ignited a furious debate about the fundamental character of the country.

The child was abducted in January and imprisoned for a week in a temple, where she was drugged, starved and raped repeatedly before being murdered. Her body was thrown into the forest. At the time the crime passed without much comment beyond the local press.

Outrage finally exploded last week, after a front-page report in the Indian Express newspaper revealed terrifying details from the police charge sheet, including the fact that one of the accused, a police officer, had asked his co-conspirators to hold off killing the child so that he could rape her once more.

The charge sheet and other reports strongly suggested that this was not a random crime but one deliberately in line with the ugly sectarian politics playing out across India. Intimidation of religious minorities and violence against them has increased since Prime Minister Narendra Modi led the Bharatiya Janata Party to power in 2014. India’s traditional secularism is now locked in battle with the new majoritarian, Hindu chauvinist politics he represents.

The 8-year-old girl belonged to the Muslim Bakarwal people, who move with their sheep and horses between high mountain pastures in the summer and the plains of the Hindu-dominated Jammu region in winter. There is tension with local Hindus over the right to graze animals on the land. According to the police, the motive of the premeditated crime was to terrorize the Bakarwals and dislodge them from the area. The bereaved parents were not even allowed to bury the child in the village. They have since fled the area.

A newly formed group called Hindu Ekta Manch, or “Hindu Unity Forum,” organized a protest march in defense of the accused, who include a retired government official and two police officers. Thousands joined in, many waving the Indian national flag. Vijay Sharma, a co-founder of the group and an organizer of the march, was also a high-ranking leader of Modi’s Bharatiya Janata Party in the region.

Modi’s party shares power with a regional political party in the state of Jammu and Kashmir. Two BJP ministers in the state government joined the protest in defense of the accused. “So what if a girl died?” one of them remarked. “Many girls die every day.”

They demanded that the investigation be transferred from the state police — the investigators included Muslim officers — to the federal Central Bureau of Investigation, a largely delegitimized institution that serves as a de facto arm of the ruling party. Lawyers at a court in the city of Jammu tried to physically prevent officials from filing charges against the accused and have threatened the lawyer who is representing the girl’s family.

Over the past week, horrified Indians have protested vigorously on social media and in some cities. The disgust and the fury at the complicity of politicians, and the federal government’s silence, grew into a thunderous chorus demanding that the prime minister speak up and fire the ministers backing the Hindu Ekta Manch.

Belatedly reacting to popular outrage, Modi finally said: “Incidents being discussed since past two days cannot be part of a civilized society. As a country, as a society, we all are ashamed of it.” He promised justice. His vague statement delicately alluded to another case in the northern state of Uttar Pradesh, where a lawmaker from Modi’s party is accused of rape. Modi stayed away from his party’s involvement in both cases.

Yet instead of uniting India in horror, the incident has deepened religious, political and ethical divides. It has also made clear that there is no automatic political cost to crime or falsehood if it furthers the hegemonic political narrative. The politicians involved were sacked only after a huge public outcry. Government ministers, officials, right-leaning media and right-wing supporters have been perfectly sanguine about using the dead child to polarize society with whataboutery, fake news and wild conspiracy theories.

A spokeswoman for Modi’s party, Meenakshi Lekhi, attacked opposition protests, suggesting that they were selective and opportunistic. “You see their plan,” she said. “First shout ‘minority minority’, then ‘Dalit Dalit’ and now ‘women women’ and then try to somehow fix blame of state issues on the center.” An influential ex-editor tweeted that Muslim Rohingya refugees were to blame for the crime. A BJP youth activist posted a comment, now deleted, on his Facebook page saying that the rape must have been fun. A pornography site reported a surge in searches for videos using the raped and murdered girl’s name.

The sense of national crisis today is because Indians feel a rising urgency to either counter this ethical collapse or to capitalize on it in the run-up to the next election.

Modi came to power in 2014, and four years into his term, religious and cultural bigotry stands mainstreamed in Indian society.

Many who voted for Modi’s economic promises are disappointed by his failure to deliver, and impatient with his deliberate silences around sectarian and sexual violence and hate speech by his party colleagues and ministers. The systematic destruction of democratic institutions is hard to ignore.

The BJP and its Hindu nationalist affiliates are bent on refashioning India into a country that is increasingly hostile to secular, democratic, pluralist and minority Indians. The rape and murder of the little nomad girl has thus taken on a larger meaning, reflecting the struggle for the fundamental character of India.

An open letter to the prime minister signed by retired civil servants strongly protested “the agenda of division and hate your party … insidiously introduced into the grammar of our politics, our social and cultural life and even our daily discourse” and held him directly responsible for “this terrifying state of affairs.”

This battle for the soul and future of India is likely to get more violent in the lead-up to the national elections, scheduled for next year. Modi’s BJP is braced for a desperate, ugly fight and has a long history of using religious polarization to electoral advantage.

It will be up to the citizens of India to fight for a tolerant, pluralist country and stop the degeneration of its civic and political life. 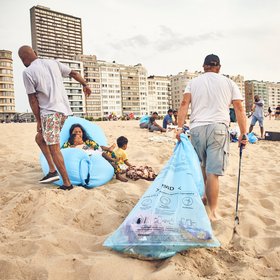 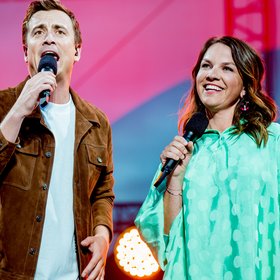