If it’s a start, it’s largely a ceremonial one. The Affordable Care Act remains the law of the land, and none of the proposed changes would substantially alter its main provisions. The executive order could result in higher insurance premiums for some Obamacare customers and lower premiums for less regulated coverage for those who want to try new insurance options. It could cause some insurers to exit some markets in the long-term.

But the rules governing Obamacare insurance, the subsidies to help middle-income people buy it, the expansion of Medicaid to more poor adults, and Obamacare’s many other provisions touching health and health insurance remain the law.

The executive order could result in real changes for some people in the insurance market. But those changes are not the same thing as eliminating the health care law.

Did any laws change?

Not yet. The executive order has no force of law itself. It instead asked three federal agencies to consider possible new regulations that could help achieve certain goals. It is not clear what those rules will say. Generally, issuing new regulations takes several months, including a period of public comment.

None of the proposed changes to regulation are specifically tied to Obamacare. But they would alter the rules for parts of the insurance system that the Affordable Care Act didn’t touch, as a way of offering more Americans access to those types of insurance.

What will this mean for people who get insurance from work?

If you are insured by a large company that offers insurance, there should be few effects. But the order might make it easier for your employer to give you pretax money if you want to buy your own insurance.

If you work for a small business, the executive order could cause major changes to your plan. The order asks the Labor Department to loosen rules that permit small companies to band together to form associations and buy the kind of coverage available to larger businesses. These association health plans would be governed by federal employment law, not state insurance regulations.

That means that the plans would have far fewer rules about generosity or benefits. State insurance regulators might also have more trouble making sure that the insurers have enough money to pay their members’ medical bills. Such association health plans, before 1983, when rules were looser, were rife with fraud.

Businesses that are unable or unwilling to join such associations might face higher premiums in the Obamacare market. The kinds of companies that are likely to fare better in an association plan are probably those with relatively healthy employees. That means that businesses that remain in the normal small business market may end up having sicker and more expensive workers, on average, increasing premiums.

What will this mean for people who buy their own insurance?

A lot depends on the details, but it appears that a coming rule will expand a kind of short-term insurance plan designed for people who are in between jobs, making those plans available to more consumers who wish to find a cheaper, less comprehensive option than is available in the Obamacare marketplaces.

Such plans are currently exempt from most insurance rules. That means the plans can reject or charge higher prices to customers with pre-existing health conditions, can cover fewer benefits and can charge higher deductibles. Because they tend to be skimpier and insure only healthy customers, the plans’ prices tend to be lower. Under current regulation, such plans can last for only three months at a time. The order asks for a change to lengthen their duration, a directive likely to result in plans that last just under a year, the standard before this year. That change would make it easier to use such insurance as a substitute for Obamacare-compliant coverage.

It is possible that the association rule will allow self-employed people to join associations, but legal experts are skeptical that the labor laws will permit it.

If a lot of people decide to buy these short-term or association insurance plans, that will most likely leave fewer Americans in the Obamacare markets. And that smaller group is likely to have more people who care about comprehensive coverage and lower deductibles — that is, people with more health problems. The result could be higher prices for customers who remain. Most Obamacare customers get federal subsidies that help them buy insurance, and they would not feel the increases. But higher-income customers who choose to buy Obamacare insurance may need to pay more.

What will it mean for people with Medicaid or Medicare?

None of these changes directly affect them.

Will these changes lower the cost of insurance?

It’s complicated. If the rules are changed, some Americans will be able to buy insurance for a lower sticker price through the short-term market or an association. But that insurance is likely to cover fewer benefits, may not be available to people with a history of health problems, and may be more likely to be offered by a fraudulent company.

People who get insurance using government subsidies won’t notice much of a change in price, but they might see fewer options in the future, if the changes make the Obamacare market less attractive to insurers.

But people who pay full price now, who are denied short-term plans and who don’t work for companies that become part of associations will probably face higher prices for the Obamacare-compliant insurance they buy now.

Are there good examples of how this might work?

The Tennessee insurance market gives us some sense of what happens when some plans have to follow Obamacare rules, and others don’t.

The Tennessee Farm Bureau offers inexpensive insurance products that don’t adhere to Obamacare rules. The plans vary in price based on a customer’s health history, and don’t cover all the benefits of an Obamacare plan. The Obamacare insurance market, as a result, is shakier than in many other states, since there are fewer people buying insurance there, and they tend to be less healthy. This year, it appeared that the Knoxville area might not have any insurance options next year — though the local Blue Cross plan did eventually fill the hole.

In Tennessee, people who buy Farm Bureau plans still have to pay Obamacare’s individual mandate — a tax penalty. It is unclear whether the Trump administration will try to make more exceptions to the penalty rules, which could cause even more people to leave the Obamacare market.

When will we know more details?

Probably soon. The agencies charged with writing new rules have been working on them. Initial proposals may emerge within weeks, though any changes are unlikely to be completed before the end of the year. 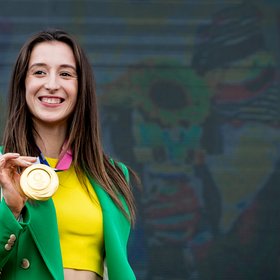