Try to talk about the policies we need in a depressed world economy, and someone is sure to counter with the specter of Weimar Germany, supposedly an object lesson in the dangers of budget deficits and monetary expansion. But the history of Germany after World War I is almost always cited in a curiously selective way. We hear endlessly about the hyperinflation of 1923, when people carted around wheelbarrows full of cash, but we never hear about the much more relevant deflation of the early 1930s, as the government of Chancellor Brüning - having learned the wrong lessons - tried to defend Germany's peg to gold with tight money and harsh austerity.

And what about what happened before the hyperinflation, when the victorious Allies tried to force Germany to pay huge reparations? That's also a tale with a lot of modern relevance, because it has a direct bearing on the crisis now brewing over Greece.

The point is that now, more than ever, it is crucial that Europe's leaders remember the right history. If they don't, the European project of peace and democracy through prosperity will not survive.

About those reparations: The basic story here is that Britain and France, instead of viewing the newly established German democracy as a potential partner, treated it as a conquered enemy, demanding that it make up their own wartime losses. This was deeply unwise - and the demands placed on Germany were impossible to meet, for two reasons. First, Germany's economy had already been devastated by the war. Second, the true burden on that shrunken economy would - as John Maynard Keynes explained in his angry, powerful book "The Economic Consequences of the Peace" - be far greater than the direct payments to the vengeful Allies.

In the end, and inevitably, the actual sums collected from Germany fell far short of Allied demands. But the attempt to levy tribute on a ruined nation - incredibly, France actually invaded and occupied the Ruhr, Germany's industrial heartland, in an effort to extract payment - crippled German democracy and poisoned relations with its neighbors.

Which brings us to the confrontation between Greece and its creditors.

You can argue that Greece brought its problems on itself, although it had a lot of help from irresponsible lenders. At this point, however, the simple fact is that Greece cannot pay its debts in full. Austerity has devastated its economy as thoroughly as military defeat devastated Germany - real Greek gross domestic product per capita fell 26 percent from 2007 to 2013, compared with a German decline of 29 percent from 1913 to 1919.

Despite this catastrophe, Greece is making payments to its creditors, running a primary surplus - an excess of revenue over spending other than interest - of around 1.5 percent of GDP. And the new Greek government is willing to keep running that surplus. What it is not willing to do is meet creditor demands that it triple the surplus, and keep running huge surpluses for many years to come.

What would happen if Greece were to try to generate those huge surpluses? It would have to further slash government spending - but that wouldn't be the end of the story. Spending cuts have already driven Greece into a deep depression, and further cuts would make that depression deeper. Falling incomes would, however, mean falling tax receipts, so that the deficit would decline by much less than the initial reduction in spending - probably less than half as much. To meet its target, then, Greece would have to do another round of cuts, and then another.

Furthermore, a shrinking economy would lead to falling private spending too - another, indirect cost of the austerity.

Put it all together, and attempting to cough up the extra 3 percent of GDP the creditors are demanding would cost Greece not 3 percent, but something like 8 percent of GDP. And remember, this would come on top of one of the worst economic slumps in history.

What would happen if Greece were simply to refuse to pay? Well, 21st-century European nations don't use their armies as bill collectors. But there are other forms of coercion. We now know that in 2010 the European Central Bank threatened, in effect, to collapse the Irish banking system unless Dublin agreed to an International Monetary Fund program.

The threat of something similar hangs implicitly over Greece, although my hope is that the central bank, which is under different and more open-minded management these days, wouldn't go along.

In any case, European creditors should realize that flexibility - giving Greece a chance to recover - is in their own interests. They may not like the new leftist government, but it's a duly elected government whose leaders are, from everything I've heard, sincerely committed to democratic ideals. Europe could do a lot worse - and if the creditors are vengeful, it will. 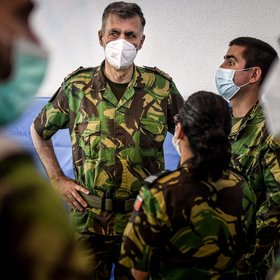