So it seems apt that a modern engineering achievement — the construction of a new subway line in the city — has given archaeologists a unique opportunity to study this ancient world in extraordinary detail.

“This subway has provided a wealth of knowledge about the city that no other operation could have duplicated,” said Rossella Rea, the archaeologist who has overseen the project since planning for the subway line began in the 1990s.

The new route, Line C, will link the city center to an area to the east of Rome, beyond the city limits, connecting a series of fairly recently developed and heavily populated suburbs. The hope is that the line, whose first 13 stations were opened in 2014, will alleviate some of Rome’s famously chronic traffic chaos.

“We haven’t done anything so extensive or gone so deeply” for years, Rea said.

As tens of thousands of cubic meters of earth has been moved during the line’s decadelong construction, each unearthed artifact — marble capitals and mosaics, and even remains of long-ago leftover meals and the ruins of 19th-century villas — has been painstakingly documented, cataloged and extracted. Some will go on show once a proper exhibition space is found. Some more monumental finds will be recomposed to be admired in situ.

“We’ve found enough materials to fill a warehouse” in a Roman suburb where they are being studied, said Francesco Prosperetti, a special superintendent with archaeological oversight.

A huge public building known as the Auditoria, dating to Hadrian’s time in the second century, came to light under the central Piazza Venezia during an exploratory phase. Archaeologists believe the two-story building was Rome’s first university, used for cultural events and lessons. Today the square is a busy crossroad for traffic and tourists.

Another significant find was a military barracks from the second century, found during the construction of the Amba Aradam station, which is expected to open in 2022. The dig exposed a long central corridor opening onto 39 rooms — some decorated with simple black and white mosaic floors and simply frescoed walls — which archaeologists hypothesize were soldiers’ dormitories. They formed part of a large structure, though the full size of the barracks is unknown.

Even as the excavation has led to several unexpected finds, archaeologists bristle at being blamed for the delays that have marred the subway line’s construction.

The project’s overall costs have come under criticism, and there are judicial investigations of some changes to the original project that led to delays in construction and raised the costs.

But with Rome’s ingrained traffic woes — according to one report, the city’s residents lose a collective 135 million hours a year in traffic — an extensive subway network is widely seen as a necessary goal.

At the San Giovanni station, which is expected to open early next year, archaeologists found bits of ancient capitals, decorative marble elements, petrified peach pits from ancient Persian cuttings and 16th-century terra-cotta plates from a nearby hospital.

Some of these artifacts have been put on exhibit at the station, the first to showcase its buried past with display cases, videos and tall panels providing a fast-track historical journey from prehistoric to modern times, with a focus on the ancient republican and imperial city.

“We wanted to give a sense of the archaeological study, tell the story of this place, allowing the passenger to travel through time,” Prosperetti said.

It is a marked change from other stations in Rome’s subway system that are mostly devoid of ornamentation, when they are not outright grungy. Naples, by contrast, has been featuring renowned contemporary artists in its subway system to create what one critic described as a “catacomb of beauty.”

When the station was opened to the public for one day last April, the response was overwhelming, a sign that Romans are keen to rediscover their past. More people visited the station that day than the Colosseum, one of Rome’s biggest tourist draws. The difference was that whereas the Colosseum draws foreigners, “here they were all Italian,” said Rea, who was present on that day.

The wall decorations at San Giovanni also evoke some extinct denizens of the area, like the Elephas antiquus, the straight-tusked pachyderm that lived here during the Middle and Late Pleistocene. Remains of this extinct species were found during the disruptive construction of Via dei Fori Imperiali, the broad avenue through the Forums that Mussolini built in the 1930s.

Such discoveries, and their preservation, were not always the norm when Rome’s other two subway lines were built in the mid- and late 20th century. A certain amount of documentation exists from the Line B excavations, Rea noted, “but we don’t have anything from Line A.”

A glimpse of what may have been lost underground was captured by the imagination of the director Federico Fellini, whose 1972 film “Roma” includes a segment about the building of the subway in which roomfuls of frescoes disintegrate when they are exposed to air. Watching that fictitious scene was “traumatizing” for legions of archaeologists, said Simona Morretta, the state archaeologist responsible for two sites along the new subway line.

At one of the sites last December, Morretta came across tracts of one of Rome’s oldest aqueducts, which is now being studied. It is thought to be either the Aqua Appia from the end of the fourth century B.C. or the Anio Vetus from about four decades later. “In any case it’s one the first public works fundamental for Rome,” she said.

And while digging a shaft to protect the Aurelian Walls, between the San Giovanni and Amba Aradam stations, her team found a decorated domus — which Italian newspapers described as a “mini Pompeii” — that had been destroyed by a fire.

She is still digging at the site, and on a recent sunny morning she showed off a series of ceramic tiles found with a stamp indicating that they had been made in A.D. 123. She has another 13 feet to dig down the shaft. “We’re certain to find something new,” she said. 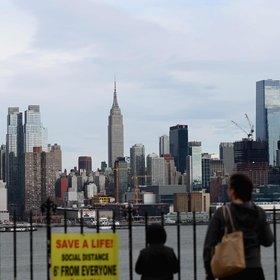 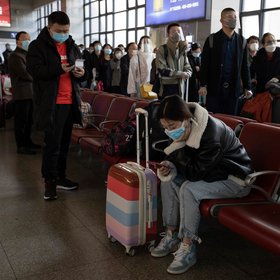 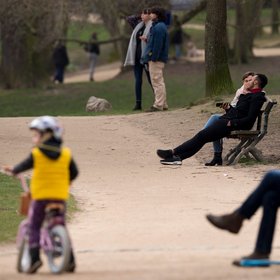 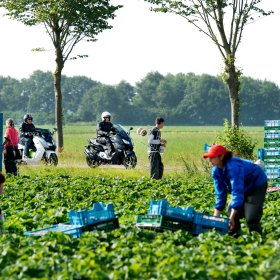