Senior U.S. officials said Wednesday that they had filed a brief to the WTO as a third party in a case that China has brought against the European Union. The brief, which will be made public Thursday, lays out their legal arguments for why China does not deserve the designation of a “market economy,” a distinction that would entitle it to preferential economic treatment under the WTO.

The move is likely to ratchet up trade tensions with China, which the White House has called one of the world’s biggest trade offenders. And if China is awarded the designation against the wishes of the United States, it could test the Trump administration’s willingness to remain in the WTO, an international body for establishing trade rules and settling disputes that President Donald Trump previously called a “disaster.”

China is classified as a nonmarket economy, which allows the U.S. and other countries to use a special framework under WTO rules to decide whether it is “dumping” its products in other countries by selling them at unfairly low prices. Under this framework, the United States can add an extra duty on some Chinese products to help protect U.S. producers.

China maintains that the United States and other WTO members promised to award it the market economy label on Dec. 11, 2016, the 15th anniversary of its accession to the WTO. But the U.S. and the European Union have opposed that, claiming that China has failed to hold up its end of the bargain by curtailing the state’s role in the economy. U.S. officials say the Chinese government’s heavy hand distorts costs and prices in the country and harms competitors abroad.

Last December, China challenged both the EU and the U.S. at the WTO, saying that it was merely protecting its lawful rights. The case with the EU is proceeding and could serve as precedent in China’s challenge against the U.S., which a WTO panel will consider next.

If China succeeds in this case, that would weaken the ability of European and U.S. officials to levy anti-dumping duties against it. It could also strengthen the resolve among top Trump administration officials in their claims that the WTO has been ineffective in defending the interests of Americans abroad — and perhaps lead to the organization’s demise altogether.

Those officials include Robert E. Lighthizer, the U.S. trade representative, who in his confirmation hearing before the Senate in June described China’s challenge against Europe and the United States as “the most serious litigation matter we have at the WTO right now.”

Lighthizer said that he had “made it very clear that a bad decision” on China’s status “would be cataclysmic for the WTO.”

Nicholas R. Lardy, a senior fellow at the Peterson Institute for International Economics, said Lighthizer’s statements called into question whether the U.S. was looking for a reason to withdraw from the WTO.

“I don’t know what the outcome is going to be, but I think there’s a pretty good chance China is going to prevail,” he said. “Maybe this is going to be one of the nominal excuses to taking us out.”

On Wednesday, senior U.S. officials said that the WTO served a number of purposes, but that they would like to see it work the way members intended it to work.

The WTO and its predecessor, the General Agreement on Tariffs and Trade, have been led for decades by the United States and other relatively developed and open economies. As other countries joined, the presumption was always that they were seeking to become more market-driven economies like the U.S.

But the rise of China has called this into question. Since beginning to open up to world trade in the 1980s, China has maintained an economy that melds market capitalism with state control. Some analysts argue that the state has taken a bigger role in the economy in the last few years, under the leadership of president Xi Jinping.

The Trump administration has identified recalibrating trade with China as one of its defining challenges. The president repeatedly referenced China on the campaign trail, and his message that cheap Chinese imports decimated U.S. manufacturing resonated with voters. Economists estimate that the trade-related shock from China entering the international trading system cost 2.4 million jobs in the United States from 1999 to 2011.

The Trump administration argues that the WTO is ill-equipped to deal with this challenge, and has advocated a more unilateral approach. It is preparing a range of trade actions that could affect China, including investigations into imports of steel and aluminum, as well as China’s violations of intellectual property.

Members of Congress on both sides of the aisle have proposed tighter restrictions on Chinese purchases of U.S. companies and technology.

On Wednesday, U.S. officials said that China’s behavior violated the language of the agreement China signed when it joined the WTO 15 years ago, as well as the text of the WTO’s precursor, the General Agreement on Tariffs and Trade, which calls for using market-determined prices in calculations.

The WTO filing follows on another unusual step, in which the Department of Commerce initiated a trade case against Chinese aluminum producers on Tuesday. It was the first time that the U.S. had started an anti-dumping investigation without a request from the industry involved since 1985. 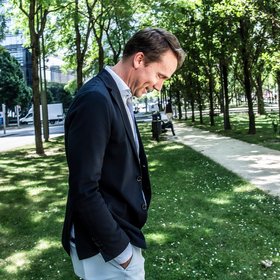