Now, that optimism has been reversed. A new nuclear policy issued by the Trump administration Friday, which vows to counter a rush by the Russians to modernize their forces even while staying within the treaty limits, is touching off a new kind of nuclear arms race. This one is based less on numbers of weapons and more on novel tactics and technologies, meant to outwit and outmaneuver the other side.

The Pentagon envisions a new age in which nuclear weapons are back in a big way — its strategy bristles with plans for new low-yield nuclear weapons that advocates say are needed to match Russian advances and critics warn will be too tempting for a president to use. The result is that the nuclear-arms limits that go into effect Monday now look more like the final stop after three decades of reductions than a way station to further cuts.

Yet when President Donald Trump called on Congress to “modernize and rebuild our nuclear arsenal” in his State of the Union address last week, he did not mention his administration’s rationale: that President Vladimir Putin of Russia has accelerated a dangerous game that the United States must match, even if the price tag soars above $1.2 trillion. That is the latest estimate from the Congressional Budget Office, one that many experts think is low by a half-trillion dollars.

Trump barely mentioned Putin in the speech and said nothing about Russia’s nuclear buildup. His reluctance to talk about Russia and its leader during his campaign and first year in office — and his refusal to impose sanctions on Russia mandated by Congress — has fueled suspicions about what lies behind his persistently friendly stance toward Putin.

In the State of the Union speech, the president focused far more on North Korea and on battling terrorism, even though his defense secretary, Jim Mattis, had announced just days ago that “great power competition — not terrorism — is now the primary focus of U.S. national security.”

In contrast to the president’s address, the report issued Friday, known as the Nuclear Posture Review, focuses intensely on Russia. It describes Putin as forcing America’s hand to rebuild the nuclear force, as has a series of other documents produced by Trump’s National Security Council and his Pentagon.

The report contains a sharp warning about a new Russian-made autonomous nuclear torpedo that — while not in violation of the terms of the treaty, known as New START treaty — appears designed to cross the Pacific undetected and release a deadly cloud of radioactivity that would leave large parts of the West Coast uninhabitable.

It also explicitly rejects Obama’s commitment to make nuclear weapons a diminishing part of American defenses. The limit on warheads — 1,500 deployable weapons — that goes into effect Monday expires in 2021, and the nuclear review shows no enthusiasm about its chances for renewal.

The report describes future arms control agreements as “difficult to envision” in a world “that is characterized by nuclear-armed states seeking to change borders and overturn existing norms,” and in particular by Russian violations of a series of other arms-limitation treaties.

“Past assumptions that our capability to produce nuclear weapons would not be necessary and that we could permit the required infrastructure to age into obsolescence have proven to be mistaken,” it argues. “It is now clear that the United States must have sufficient research, design, development and production capacity to support the sustainment and replacement of its nuclear forces.”

The new policy was applauded by establishment Republican defense experts, including some who have shuddered at Trump’s threats to use nuclear weapons against North Korea, but have worried that he was insufficiently focused on Russia’s nuclear modernization.

“Obama’s theory was that we will lead the way in reducing our reliance on nuclear weapons and everyone else will do the same,” said Franklin C. Miller, a nuclear expert who served in the George W. Bush administration and was an informal consultant to Pentagon officials who drafted the new policy. “It didn’t work out that way. The Russians have been fielding systems while we haven’t, and our first new system won’t be ready until 2026 or 2027.”

“This is a very mainstream nuclear policy,” Miller said of the document, arguing that new low-yield atomic weapons would deter Putin and make nuclear war less likely, rather than offer new temptations to Trump. “Nothing in it deserves the criticism it has received.”

A senior administration official, who would discuss the policy only on the condition of anonymity, said Trump had been briefed on the new nuclear approach but was leaving the details to Mattis and to his national security adviser, Lt. Gen. H.R. McMaster. The president, the official said, was primarily concerned about staying ahead in any nuclear race with Russia, and to a lesser degree with China.

Even Trump’s harshest critics concede that the United States must take steps as Russia and China have invested heavily in modernizing their forces, making them more lethal. The administration’s new strategy describes the Russian buildup in detail, documenting how Moscow is making “multiple upgrades” to its force of strategic bombers, as well as long-range missiles based at sea and on land. Russia is also developing, it adds, “at least two new intercontinental-range systems,” as well as the autonomous torpedo.

Russia has violated another treaty, the United States argues, that covers intermediate-range missiles, and is “building a large, diverse and modern” set of shorter-range weapons with less powerful warheads that “are not accountable under the New START treaty treaty.” Yet Trump has not publicly complained about the alleged treaty violation or the new weapons.

Though members of the Obama administration were highly critical of the Trump administration document, there is little question that Obama paved the way for the modernization policy. He agreed to a $70 billion makeover of U.S. nuclear laboratories as the price for Senate approval of the 2010 New START treaty.

The new document calls for far more spending — a program that at a minimum will cost $1.2 trillion over 30 years, without inflation taken into account. Most of that money would go to new generations of bombers and new submarines, and a rebuilding of the land-based nuclear missile force that still dots giant fields across the West.

Andrew C. Weber, an assistant defense secretary during the Obama administration who directed oversight of the nation’s nuclear arsenal, called the new plan a dangerous folly that would make nuclear war more likely.

“We’re simply mirroring the reckless Russian doctrine,” he said. “We can already deter any strike. We have plenty of low-yield weapons. The new plan is a fiction created to justify the making of new nuclear arms. They’ll just increase the potential for their use and for miscalculation. The administration’s logic is Kafkaesque.”

One of the most controversial elements of the new strategy is a section that declares that the United States might use nuclear weapons to respond to a devastating, but non-nuclear, attack on critical infrastructure — the power grid or cellphone networks, for example.

All of the new or repurposed warheads would come from the National Nuclear Security Administration, an arm of the Energy Department that officials say is already stretched thin. 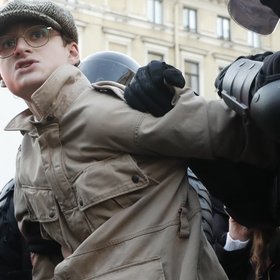