They are heroin refining operations, and the Afghan police and U.S. Special Forces keep running into them all over Afghanistan this year. Officials and diplomats are increasingly worried that the labs’ proliferation is one of the most troubling turns yet in the long struggle to end the Taliban insurgency.

That the country has consistently produced about 85 percent of the world’s opium, despite more than $8 billion spent by the United States alone to fight it over the years, is accepted with a sense of helplessness among counternarcotics officials.

The refining makes the drug much easier to smuggle out into the supply lines to the West. And it is vastly increasing the profits for the Taliban, for whom the drug trade makes up at least 60 percent of their income, according to Afghan and Western officials.

Zabiullah Mujahid, a Taliban spokesman, said the group “had nothing to do” with processing heroin, and denied that major laboratories existed in the areas under its control.

The opium economy in Afghanistan grew to about $3 billion in 2016, almost doubling the previous year’s total and amounting to about 16 percent of the country’s gross domestic product, according to the U.N. Office on Drugs and Crime.

The increase in processing means the Taliban have been able to take a greater share of the $60 billion that the global trade in the Afghan opium crop is estimated to be worth. Demand remains high in Europe and North America: Ninety percent of the heroin on the streets of Canada, and about 85 percent in Britain, can be traced to Afghanistan, the State Department says.

So far in 2017, the seizure numbers seem flipped, officials say: The amount of heroin and morphine, both requiring some level of processing, combined is almost double that of opium. 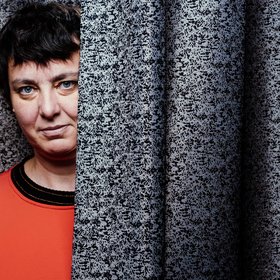