Princeton, N.J. - The director Steven Spielberg, whose Lincoln biopic opens Friday, recently said he hoped the film would have a "soothing or even healing effect" on a nation exhausted after yet another bitter and polarizing election.

The omission makes sense. Not only is the line probably apocryphal, but also, this Election Day just might demonstrate that you really can fool all of the people - or at least enough of them - in the time it takes to win the White House.

Venomous personal attacks and accusations of adultery, miscegenation and even bestiality are as old as the Republic. Aaron Burr was the sitting vice president when he killed Alexander Hamilton.

But while the line between fact and fiction in politics has always been fuzzy, a confluence of factors has strained our civic discourse, if it can still be called that, to the breaking point.

The economic boom and middle-class expansion of the postwar era encouraged relative deference for officials, journalists and scholars. It's true that reporters and politicians had far cozier relationships, but the slower news cycle allowed more time for verification and analysis.

Candidates accordingly believed that being caught in an outright lie could damage their careers. (As Daniel Patrick Moynihan reportedly said, "Everyone is entitled to his own opinion, but not his own facts.") They tended only to bend the truth, not break it.

In 1948, President Harry S. Truman denounced Republican financiers as "bloodsuckers" and "gluttons of privilege," but grounded his inflammatory language in the facts of Congress's legislative record. He denied his "give 'em hell" reputation, saying later only that "I used to tell the truth on the Republicans, and they called it that."

Two years later, Richard M. Nixon, running for the Senate from California, said his opponent, Representative Helen Gahagan Douglas, was "pink right down to her underwear," a red-baiting remark, but one that referred to statements she'd made calling for global disarmament and civil rights for women and blacks.

The brass-knuckle 1964 campaign is remembered for Lyndon B. Johnson's alarmist "daisy ad," which suggested that Barry M. Goldwater's election might lead to nuclear war. But it rested on statements Goldwater had made indicating a loose attitude toward nuclear weapons. ("Lob one into the men's room in the Kremlin," he once joked.)

The attack ads devised by the strategist Lee Atwater for Vice President George Bush in the 1988 campaign, one of the dirtiest ever, were grounded in at least a kernel of truth. Mr. Bush's opponent, Michael S. Dukakis, might not have deserved blame for the furlough program that let Willie Horton commit additional crimes, but at least the program and prisoner were real. Atwater exploited these events, but did not invent them.

At least four factors since the 1970s have lowered the cost for politicians who lie and, more important, repeat their fabrications through their attack ads. First is the overall decline in respect for institutions and professionals of all kinds, from scientists and lawyers to journalists and civil servants.

Second are changes in media regulation and ownership. In 1985, the conservative organization Fairness in Media, backed by Senator Jesse Helms, tried to arrange a takeover of CBS and "become Dan Rather's boss." It failed, but two years later conservatives set the stage for an even bigger triumph. For decades, radio and television broadcasters had been required to present multiple viewpoints on contentious public debates on the grounds that they were stewards of the public airwaves. But in 1987, members appointed by President Ronald Reagan to the Federal Communications Commission abolished this "fairness doctrine." The change facilitated the creation of conservative talk radio and cable outlets to combat perceived liberal bias. Liberals followed suit with programming (albeit less effective) of their own.

As this cacophony crescendoed, a third trend developed as political operatives realized they had more room to stretch the truth. In 2004, an aide to President George W. Bush dismissed a journalist for being part of a "reality-based community" of people who "believe that solutions emerge from your judicious study of discernible reality." But even Mr. Bush believed there were limits to truth-bending. The ads that attacked the military service of Senator John Kerry came from the ostensibly independent "Swift Boat Veterans for Truth." After the ads aired, Mr. Bush belatedly called them "bad for the system."

A fourth factor: most news organizations (with notable exceptions) abandoned their roles as political referees. Many resorted to an atrophied style that resembled stenography more than journalism, presenting all claims as equally valid. Fact checking, once a foundation for all reporting, was now deemed the province of a specialized few.

But as this campaign has made clear, not even the dedicated fact-checkers have made much difference.

PolitiFact has chronicled 19 "pants on fire" lies by Mr. Romney and 7 by Mr. Obama since 2007, but Mr. Romney's whoppers have been qualitatively far worse: the "apology tour," the "government takeover of health care," the "$4,000 tax hike on middle class families," the gutting of welfare-to-work rules, the shipment by Chrysler of jobs from Ohio to China. Said one of his pollsters, Neil Newhouse, "We're not going to let our campaign be dictated by fact checkers."

To be sure, the Obama campaign has certainly had its own share of dissembling and distortion, including about Mr. Romney's positions on abortion and foreign aid. But nothing in it - or in past campaigns, for that matter - has equaled the efforts of the Romney campaign in this realm. Its fundamental disdain for facts is something wholly new.

The voters, of course, may well recoil against these cynical manipulations at the polls. But win or lose, the Romney campaign has placed a big and historic bet on the proposition that facts can be ignored, more or less, with impunity.

Kevin M. Kruse, a professor of history at Princeton, is the co-editor, most recently, of Fog of War: The Second World War and the Civil Rights Movement. 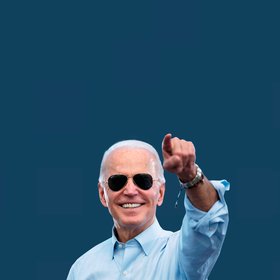