Five days a week, in the foggy hills of San Francisco, 11 writers and artists discuss the minutiae of storm troopers. This is the Lucasfilm story group, and its members hold the keys to everything “Star Wars”: Under their guidance, the franchise’s narratives are linked no matter the platform, whether it’s television, games, theme parks, publishing, merchandise or, of course, film. With their ideas shaping each character and setting, they don’t see themselves as gatekeepers but as partners furthering the stories their creators want to tell.

Kathleen Kennedy founded the group in 2012 when she succeeded George Lucas as president of Lucasfilm, putting Kiri Hart, a former film and TV writer, in charge of the unit. Hart’s first move was to make the story group entirely female, starting with Rayne Roberts and Carrie Beck. Both women had experience in film development but had also worked in other arenas — Roberts in magazine publishing, and Beck with the Sundance Institute.

Their other qualification: a shared love of “Star Wars.” Hart, now senior vice president for development at Lucasfilm, grew up in Los Angeles a passionate fan of the first “Star Wars” film and especially Princess Leia. “She was doing a bunch of things that women in movies didn’t usually do,” Hart said.

In Los Angeles, before they made the move to the Bay Area, the three women sat around a fire pit in Hart’s backyard, along with John Swartz, a producer at Lucasfilm, and talked about their hopes for the future of “Star Wars.” They wanted to tell beautiful stories, fulfill the expectations of loyal fans and create meaningful female characters.

“As a writer I was very hungry to create female characters who felt real, and I was interested in telling stories from an outsider’s perspective,” Hart said, recalling Hollywood in the early 2000s. “There wasn’t a lot of receptivity to the things I really wanted to write about at the time. I think there is increasing openness to those things now, which makes me really hopeful.”

Today, the Lucasfilm story group is a diverse outlier in Hollywood: five of its members are people of color, and the team includes four women and seven men. This is a rarity in 2017, where women account for 13 percent, and minorities represent 5 percent, of all writers working on the top-grossing films. In addition to maintaining the continuity of the “Star Wars” universe, they aim to increase its diversity. This goal has sometimes led to struggles over their female characters.

Early on, the story group fought for the character Ahsoka Tano, a 14-year-old girl created by George Lucas and further developed by the director, producer and writer Dave Filoni. Not initially popular, she had a high, whiny voice and all the self-control of a bratty teenager when she was introduced in 2008 in the animated film and subsequent series “The Clone Wars.” In his review, Roger Ebert called her “annoying,” and angry letters and emails flooded in from fans.

Yet Filoni and the story group were insistent that there was more to Ahsoka Tano. Even after the series was canceled in 2013, the team would not let her die. Instead they included her in a new animated series, “Star Wars Rebels,” taking her on a journey from adolescent to compassionate 30-year-old adult, one whose nuanced arc reveals flaws in the Jedi order and insight into Anakin Skywalker’s descent. She now has a considerable fan following, including many young women who treasure their “Ahsoka Lives” T-shirts.

Characters like Ashoka Tano are gaining prominence in the “Star Wars” universe. A new, unpublished analysis of “Star Wars” films shows striking progress in their representation of gender and race. Using computer software that analyzes the content of movies, Shrikanth Narayanan and the University of Southern California’s Signal Analysis and Interpretation Lab found that women spoke 6.3 percent of dialogue in “A New Hope,” the 1977 film that kicked off the franchise. In contrast, women accounted for 27.8 percent of all dialogue in “The Force Awakens” in 2015. Even more promising, in “Rogue One” (2016) nonwhite characters accounted for 44.7 percent of all dialogue, a marked increase from zero in the 1977 original.

Narayanan, however, is quick to note that the percentage of dialogue spoken by women in “The Force Awakens,” while a peak for the franchise, is comparable to what his team found after analyzing more than 1,000 popular film scripts from the last several decades.

Where his research distinguishes the “Star Wars” saga is not in its lines of dialogue, but in the centrality of its female characters. The laboratory’s character network visualization software is able to tease out each individual character interaction. The more interactions characters have, the more vital they are to the plot. The team found that in the vast majority of Hollywood scripts, women play mere accessory roles, their characters inessential to plot development. In contrast, preliminary research has found that the “Star Wars” franchise has an unusually high degree of female centrality, indistinguishable from that of men in the films, and one that appears to be increasing over time. 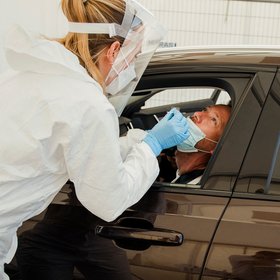