In September 1996, I visited Iran. One of my most enduring memories of that trip was that in my hotel lobby there was a sign above the door proclaiming "Down With USA." But it wasn't a banner or graffiti. It was tiled and plastered into the wall. I thought to myself: "Wow - that's tiled in there! That won't come out easily."

Nearly 20 years later, in the wake of a draft deal between the Obama administration and Iran, we have what may be the best chance to begin to pry that sign loose, to ease the U.S.-Iran cold-hot war that has roiled the region for 36 years. But it is a chance fraught with real risks to America, Israel and our Sunni Arab allies: that Iran could eventually become a nuclear-armed state.

President Barack Obama invited me to the Oval Office Saturday afternoon to lay out exactly how he was trying to balance these risks and opportunities in the framework accord reached with Iran last week in Switzerland. What struck me most was what I'd call an "Obama doctrine" embedded in the president's remarks. It emerged when I asked if there was a common denominator to his decisions to break free from longstanding U.S. policies isolating Myanmar, Cuba and now Iran.

Obama said his view was that "engagement," combined with meeting core strategic needs, could serve U.S. interests vis-à-vis these three countries far better than endless sanctions and isolation. He added that America, with its overwhelming power, needs to have the self-confidence to take some calculated risks to open important new possibilities - like trying to forge a diplomatic deal with Iran that, while permitting it to keep some of its nuclear infrastructure, forestalls its ability to build a nuclear bomb for at least a decade, if not longer.

"We are powerful enough to be able to test these propositions without putting ourselves at risk. And that's the thing ... people don't seem to understand," the president said. "You take a country like Cuba. For us to test the possibility that engagement leads to a better outcome for the Cuban people, there aren't that many risks for us. It's a tiny little country. It's not one that threatens our core security interests, and so (there's no reason not) to test the proposition. And if it turns out that it doesn't lead to better outcomes, we can adjust our policies. The same is true with respect to Iran, a larger country, a dangerous country, one that has engaged in activities that resulted in the death of U.S. citizens, but the truth of the matter is: Iran's defense budget is $30 billion. Our defense budget is closer to $600 billion. Iran understands that they cannot fight us. ... You asked about an Obama doctrine. The doctrine is: We will engage, but we preserve all our capabilities."

The notion that Iran is undeterrable - "it's simply not the case," he added. "And so for us to say, 'Let's try' - understanding that we're preserving all our options, that we're not naïve - but if in fact we can resolve these issues diplomatically, we are more likely to be safe, more likely to be secure, in a better position to protect our allies, and who knows? Iran may change. If it doesn't, our deterrence capabilities, our military superiority stays in place. ... We're not relinquishing our capacity to defend ourselves or our allies. In that situation, why wouldn't we test it?"

Obviously, Israel is in a different situation, he added. "Now, what you might hear from Prime Minister (Benjamin) Netanyahu, which I respect, is the notion, 'Look, Israel is more vulnerable. We don't have the luxury of testing these propositions the way you do,' and I completely understand that. And further, I completely understand Israel's belief that given the tragic history of the Jewish people, they can't be dependent solely on us for their own security. But what I would say to them is that not only am I absolutely committed to making sure that they maintain their qualitative military edge, and that they can deter any potential future attacks, but what I'm willing to do is to make the kinds of commitments that would give everybody in the neighborhood, including Iran, a clarity that if Israel were to be attacked by any state, that we would stand by them. And that, I think, should be ... sufficient to take advantage of this once-in-a-lifetime opportunity to see whether or not we can at least take the nuclear issue off the table."

He added: "What I would say to the Israeli people is ... that there is no formula, there is no option, to prevent Iran from getting a nuclear weapon that will be more effective than the diplomatic initiative and framework that we put forward - and that's demonstrable."

The president gave voice, though - in a more emotional and personal way than I've ever heard - to his distress at being depicted in Israel and among American Jews as somehow anti-Israel, when his views on peace are shared by many center-left Israelis and his administration has been acknowledged by Israeli officials to have been as vigorous as any in maintaining Israel's strategic edge.

With huge amounts of conservative campaign money now flowing to candidates espousing pro-Israel views, which party is more supportive of Israel is becoming a wedge issue, an arms race, with Republican candidates competing over who can be the most unreservedly supportive of Israel in any disagreement with the United States, and ordinary, pro-Israel Democrats increasingly feeling sidelined.

"This is an area that I've been concerned about," the president said. "Look, Israel is a robust, rowdy democracy. ... We share so much. We share blood, family. ... And part of what has always made the U.S.-Israeli relationship so special is that it has transcended party, and I think that has to be preserved. There has to be the ability for me to disagree with a policy on settlements, for example, without being viewed as ... opposing Israel. There has to be a way for Prime Minister Netanyahu to disagree with me on policy without being viewed as anti-Democrat, and I think the right way to do it is to recognize that as many commonalities as we have, there are going to be strategic differences. And I think that it is important for each side to respect the debate that takes place in the other country and not try to work just with one side. ... But this has been as hard as anything I do because of the deep affinities that I feel for the Israeli people and for the Jewish people. It's been a hard period."

You take it personally? I asked.

"It has been personally difficult for me to hear ... expressions that somehow ... this administration has not done everything it could to look out for Israel's interest - and the suggestion that when we have very serious policy differences, that that's not in the context of a deep and abiding friendship and concern and understanding of the threats that the Jewish people have faced historically and continue to face."

As for protecting our Sunni Arab allies, like Saudi Arabia, the president said, they have some very real external threats, but they also have some internal threats - "populations that, in some cases, are alienated, youth that are underemployed, an ideology that is destructive and nihilistic, and in some cases, just a belief that there are no legitimate political outlets for grievances. And so part of our job is to work with these states and say, 'How can we build your defense capabilities against external threats, but also, how can we strengthen the body politic in these countries, so that Sunni youth feel that they've got something other than (the Islamic State, or ISIS) to choose from. ... I think the biggest threats that they face may not be coming from Iran invading. It's going to be from dissatisfaction inside their own countries. ... That's a tough conversation to have, but it's one that we have to have."

That said, the Iran deal is far from finished. As the president cautioned: "We're not done yet. There are a lot of details to be worked out, and you could see backtracking and slippage and real political difficulties, both in Iran and obviously here in the United States Congress."

On Congress' role, Obama said he insists on preserving the presidential prerogative to enter into binding agreements with foreign powers without congressional approval. However, he added, "I do think that (Tennessee Republican Sen. Bob) Corker, the head of the Foreign Relations Committee, is somebody who is sincerely concerned about this issue and is a good and decent man, and my hope is that we can find something that allows Congress to express itself but does not encroach on traditional presidential prerogatives - and ensures that, if in fact we get a good deal, that we can go ahead and implement it." 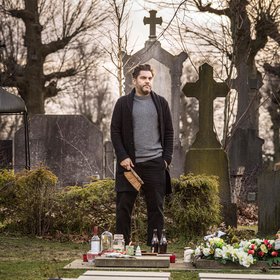 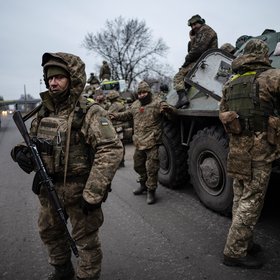