But interviews and records show that in the months before the meeting, Veselnitskaya had discussed the allegations with one of Russia’s most powerful officials, the prosecutor general, Yuri Y. Chaika. And the memo she brought with her closely followed a document that Chaika’s office had given to a U.S. congressman two months earlier, incorporating some paragraphs verbatim.

The coordination between the Trump Tower visitor and the Russian prosecutor general undercuts Veselnitskaya’s account that she was a purely independent actor when she sat down with Donald Trump Jr., Jared Kushner, the president’s son-in-law, and Paul Manafort, then the Trump campaign chairman. It also suggests that emails from an intermediary to the younger Trump promising that Veselnitskaya would arrive with information from Russian prosecutors were rooted at least partly in fact — not mere “puffery,” as the president’s son later said.

In the past week, Veselnitskaya’s allegations — that major Democratic donors were guilty of financial fraud and tax evasion — have been embraced at the highest levels of the Russian government. President Vladimir Putin of Russia repeated her charges at length last week at an annual conference of Western academics. A state-run television network recently made them the subject of two special reports, featuring interviews with Veselnitskaya and Chaika.

The matching messages point to a synchronized information campaign. Like some other Russian experts, Stephen Blank, a senior fellow with the nonprofit American Foreign Policy Council in Washington, said they indicate that Veselnitskaya’s actions “were coordinated from the very top.”

The Trump Tower meeting is of keen interest to the special counsel, Robert Mueller, as he investigates Russian efforts to help Trump’s campaign. At least one participant at the meeting has already testified before a federal grand jury.

Veselnitskaya declined to be interviewed, saying in an email that The New York Times had published “lies and false claims.”

The memo that Veselnitskaya brought to the Trump Tower meeting alleged that Ziff Brothers Investments, a U.S. firm, had illegally purchased shares in a Russian company and evaded tens of millions of dollars of Russian taxes. The company was the financial vehicle of three billionaire brothers, two of them major donors to Democratic candidates including Clinton. By implication, Veselnitskaya, said, those political contributions were tainted by “stolen” money.

Kremlin officials viewed the charges as extremely significant. The Ziff brothers had invested in funds managed by William F. Browder, an American-born financier and fierce Kremlin foe. Browder was the driving force behind a 2012 law passed by Congress imposing sanctions on Russian officials for human rights abuses.

The law, known as the Magnitsky Act, froze Western bank accounts of officials on the sanctions list — including Chaika’s deputy — and banned them from entering the United States. It was named after Sergei L. Magnitsky, a tax lawyer who had worked for Browder and who died in a Moscow jail after exposing a massive fraud scheme involving Russian officials.

In his speech to Western academics at a Black Sea resort last week, Putin said that U.S. authorities had ignored the allegations against Browder and his investors because the Ziff brothers were major political donors. “They protect themselves in this way,” he said.

A spokesman for Ziff Brothers Investments declined to comment. Browder said the charges were concocted to discredit him and to undermine the Magnitsky Act sanctions.

How Veselnitskaya’s allegations made their way to the upper reaches of the Russian government, and then to Trump campaign, is a tangled tale. A former prosecutor for the Moscow regional government, Veselnitskaya lives and works in Moscow but has traveled frequently to the United States in recent years, partly to lobby against the Magnitsky Act.

She was also the lead defense lawyer in a civil fraud lawsuit brought by the Justice Department against a Russian firm in New York. The firm, which ultimately settled the case for about $6 million without admitting fault, was accused of using real estate purchases to launder the profits from the tax fraud that Magnitsky had uncovered. Browder provided much of the prosecution’s evidence.

While investigating Browder and his investors, Veselnitskaya unearthed what she considered evidence of a financial and tax fraud scheme. In October 2015, she took her findings about Browder and the Ziff brothers directly to Chaika, Russia’s top prosecutor and a man whom she has said she knows personally.

Chaika was highly pleased with her report, according to a former colleague of Veselnitskaya who spoke on condition of anonymity for fear of repercussions.

In April 2016, Veselnitskaya teamed with Chaika’s office to pass the accusations to a U.S. congressional delegation visiting Moscow. An official with the Russian prosecutor general’s office gave a memo detailing the charges — stamped “confidential"— to Rep. Dana Rohrabacher, R-Calif., who is considered to be one of the most pro-Russia lawmakers in Congress and who heads a subcommittee that helps oversee U.S. policy toward Russia.

Veselnitskaya handed a nearly identical memo to Rep. French Hill, R-Ark. She has said she also met with Rohrabacher then, although he said that he does not recall the encounter.

The next month, Chaika’s office described the alleged scheme on the prosecutor general’s website.

Precisely how Veselnitskaya ended up at the June 2016 Trump Tower meeting to present her findings remains in dispute. She asked Aras Agalarov, a well-connected Russian oligarch who knows the Trump family to help her share her allegations with the Trump campaign, according to Agalarov’s attorney, Scott Balber.

She may have told Agalarov that she had previously conveyed the same information to Chaika, Balber said. Agalarov’s son then enlisted his publicist, Rob Goldstone, to broker the meeting.

In emails to Donald Trump Jr., Goldstone wrote that a Russian prosecutor — an apparent reference to Chaika — had met with Agalarov and wanted to offer the Trump campaign official documents that would incriminate Clinton. Goldstone described the proposed meeting as part of the Russian government’s effort to help Trump’s candidacy, and said a “government lawyer” would fly to New York to deliver the documents.

Donald Trump Jr. has dismissed Goldstone’s emails as “goosed-up.” Balber blamed miscommunication among those arranging the meeting. “Mr. Agalarov unequivocally, absolutely, never spoke to Mr. Chaika or his office about these issues,” he said.

Donald Trump Jr. enthusiastically accepted the offer of information that might damage the Clinton campaign. “I love it,” he wrote in an email agreeing to meet the Russian lawyer.

Veselnitskaya came to Trump Tower with a memo that closely resembled the document that prosecutors had given to Rohrabacher in Moscow two months earlier. Some paragraphs were incorporated verbatim, according to a comparison of both documents, which were provided to The Times.

By all accounts, the Trump campaign officials were unimpressed — even baffled — by her 20-minute presentation. “Some DNC donors may have done something in Russia and they didn’t pay taxes,” Donald Trump Jr. said later. “I was, like, ‘What does this have to do with anything?'”

After the meeting came to light last summer, Veselnitskaya insisted it was “not related at all to the fact” that Donald Trump Jr. “was the son of the candidate.” But by last weekend, she was describing herself as a kind of whistleblower who was trying to expose U.S. political corruption.


Last week, she told Rossiya 24, the state television network: “Of course they don’t like it when somebody says, even in a friendly tone, ‘Guys, what is happening with you at home? Who is in charge of your politics? Who is paying these politicians, and for what?'”

In a follow-up television interview broadcast on early this week, Chaika charged that Browder and the Ziffs had illegally used “Russian money” to lobby for the sanctions law.

Russian elites have been known to mount independent initiatives to curry favor with the Kremlin. But a number of well-known Russian analysts called it inconceivable that Veselnitskaya would have bypassed her own government to deliver what are now unmistakably official allegations to a U.S. presidential campaign.

Said Gleb O. Pavlovsky, the president of the Fund for Effective Politics, a Moscow research institute: “She had guidance.” 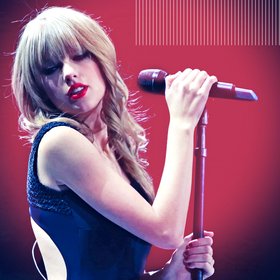