Magna Carta, on which King John placed his seal 800 years ago today, is synonymous in the English-speaking world with fundamental rights and the rule of law. It's been celebrated, and appropriated, by everyone from Tea Party members to Jay Z, who called his latest album "Magna Carta Holy Grail ."

But its fame rests on several myths. First, it wasn't effective. In fact, it was a failure. John was a weak king who had squandered the royal fortune on a fruitless war with France. Continually raising taxes to pay for his European adventures, he provoked a revolt by his barons, who forced him to sign the charter. But John repudiated the document immediately, and the barons sought to replace him. John avoided that fate by dying.

The next year, his young son reissued Magna Carta, without some of the clauses. It was reissued several times more in the 13th century - the 1297 version is the one on display in the National Archives and embodied in English law. But the original version hardly constrained the monarch.

A second myth is that it was the first document of its type. Writing in 1908, Woodrow Wilson called it the beginning of constitutional government. But in fact, it was only one of many documents from the period, in England and elsewhere, codifying limitations on government power.

A third myth is that the document was a ringing endorsement of liberty. Even a cursory reading reveals a number of oddities. One clause prevents Jews from charging interest on a debt held by an underage heir. Another limits women's ability to bear witness to certain homicides. A third requires the removal of fish traps from the Thames.

Why, then, is Magna Carta so revered? The story begins in the early 17th century, when members of Parliament and the famous jurist Sir Edward Coke revived the document in their struggle with the Stuart monarchs. They argued that free Englishmen had enjoyed a set of rights and privileges until they were disrupted by the Norman Conquest of 1066. Magna Carta embodied these rights, so it was held up as a model of a glorious past and part of an "ancient constitution."

In reality, Magna Carta was a result of an intra-elite struggle, in which the nobles were chiefly concerned with their own privileges. When they referred to the judgment of one's peers, for example, they were not thinking about a jury trial. Indeed, in 1215, the jury trial as we know it did not exist; guilt was often determined by seeing how suspects reacted to physical ordeal. The reference to one's peers meant that nobles could not be tried by commoners, who might include judges appointed by the king.

Throughout the tumultuous 17th century, Magna Carta was invoked by opponents of whoever was in power, leading Oliver Cromwell to famously refer to the document as "Magna Farta." In the 18th century, parliamentary sovereignty replaced monarchical absolutism, but Magna Carta continued to be invoked by reformers, now focused on Parliament rather than the king.

Through Coke's treatises, Magna Carta traveled across the Atlantic. William Penn published an edition in 1687, and in the 17th century several colonies enacted Magna Carta as part of their law. With the Stamp Act of 1765, the imagery of a tyrannical government impinging on ancient rights proved useful to both John Adams and Benjamin Franklin, who invoked different provisions of Magna Carta in calling for repeal. The founding fathers thought they were drawing on the document in drafting the Constitution, for example, in the clause "due process of law" - though that phrase was added to Magna Carta in English law only in the 14th century.

Since then, Americans have paid much more attention to the document than have the British. In his third Inaugural Address, Franklin D. Roosevelt cited the charter as embodying "democratic aspiration." To win public support for America's entry into the Second World War, Winston Churchill offered to give us an original copy, only to learn that it was not, in fact, owned by the British government. It was the American Bar Association, not the English, that in 1957 dedicated the Magna Carta monument at Runnymede, the field where the original was sealed. (The British, however, are making up for lost time this year with a hyped-up series of celebrations, including a visit by Queen Elizabeth II to the field today, and a merchandising blitz that includes a rubber duckie called Magna Quacka.)

Magna Carta has everything going for it to be venerated in the United States: It is old, it is English and, because no one has actually read the text, it is easy to invoke to fit current needs. A century ago, Samuel Gompers referred to the Clayton Act as a Magna Carta for labor; more recently the National Environmental Protection Act has been called an "environmental Magna Carta." Judges, too, cite Magna Carta with increasing frequency, in cases ranging from Paula Jones' suit against Bill Clinton to the pleas of Guantánamo detainees. Tea Party websites regularly invoke it in the battle against "Obamacare."

Americans aren't alone in revering Magna Carta. Mahatma Gandhi cited it in arguing for racial equality in South Africa. Nelson Mandela invoked it at the trial that sent him to prison for 27 years. We are not the only ones, it seems, willing to stretch old legal texts beyond their original meaning. Like the Holy Grail, the myth of Magna Carta seems to matter more than the reality. 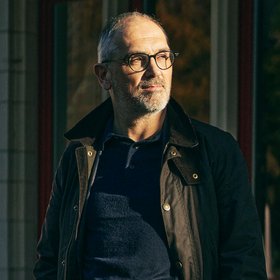