The new study, published Tuesday in Nature Communications, relied on images from more than 300 trap cameras as well as data from decades of similar studies. The authors reported that tiger density in Sumatra’s three largest protected forests increased 5 percent per year from 1996 to 2014, suggesting that Indonesia’s preservation efforts are slowly working.

However, the increase was probably caused by an influx of tigers fleeing unprotected forests on the large western island in the Indonesian archipelago, where their numbers are dropping rapidly, the researchers said.

That means small gains in the protected areas are probably dwarfed by the species’ overall decline.

“Densities have increased, but that has not reduced the threat of extinction because the habitat is being cut down and fragmented,” said Matthew Luskin, a research fellow with the Smithsonian Institution in Singapore and an author of the study. “You’re basically packing more tigers into smaller areas.”

An 'insane' amount of area

Though no one knows exactly how many Sumatran tigers remain, estimates range from about 400 to 500, down from 1,000 in 1978. The animals are only on Sumatra, where their rain forest habitat is quickly being replaced by rubber and palm oil plantations.

Tigers are particularly vulnerable to habitat fragmentation because they require expansive territories for hunting. The researchers estimated the Sumatran tiger’s home range to be about 150 miles, which is large even by tiger standards. “These tigers cover an insane amount of area every day,” Luskin said.

Poachers also pose a serious threat to the species’ survival. “A single tiger on the black market is worth well over $1,000, which is often more than the annual income of a person in these communities,” he said.

In 2014, as a graduate student with UCLA, Berkeley, Luskin mounted close to 300 motion-activated cameras throughout Sumatran forests, then used the tigers’ distinct markings to track individuals. He found that the concentration of tigers outside the protected parks was 70 percent lower than in the protected areas. He also found that density varied considerably from park to park, suggesting some parks are better than others at keeping out poachers.

But Luskin couldn’t draw conclusions about changes in tiger density over time with only a single year of data. And data from previous studies had to be recalculated in order to standardize estimates of tiger density.

That effort showed that overall tiger density had decreased by 17 percent from 2000 to 2012, even as density in the protected forests was inching upward. And because the overall decline is driven by loss of habitat, some of the growth in the parks is probably just tigers fleeing the forest. “When you cut down forest, the tigers all move inward,” said Luskin.

Stopping deforestation would stop the tiger’s decline, Luskin said. But the continuing demand for palm oil — a common ingredient in soap, lipstick and even ice cream — makes that difficult. “The production is so profitable, and everyone in these landscapes just wants to grow more.” 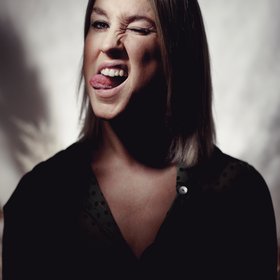