LONDON — Every Friday morning, as commuters arrived in London Victoria station, a teenage girl would board a train to Eastbourne, a coastal town about 60 miles outside the city.

Dressed in her sports uniform and carrying a shoulder bag covered in badges of pop icons, she tried to give the impression that she was on her way to school. But this teenager was already three hours into her workday.

Armed with a knife and carrying a large supply of Class A drugs, the 14-year-old girl had been instructed to travel to Eastbourne to sell crack and heroin.

If she failed to meet steadily increasing demands set by her boss at the time, a 48-year-old gang leader who lured her through a social media app, she was either beaten or sexually assaulted.

A report by a British government commission on modern slavery and human trafficking, released last month, described a sprawling practice that ensnares tens of thousands of people in Britain.

Many are immigrants. But the high number of victims from Britain was an unexpected shock — cases involving British citizens like the teenage girl were the third-largest grouping, after those involving Albanians or Vietnamese.

A majority of child-trafficking victims were also found to be British.

From nail salons and carwashes to farms and construction sites, thousands of vulnerable adults and children are being traded as commodities and are often subjected to violence and abuse, the report found.

“We kind of let it slip that we have vulnerable people in our own communities,” Kevin Hyland, Britain’s first independent antislavery commissioner, said in an interview. “And they are vulnerable for a number of reasons, not just because they come from poverty. It may be that they have learning difficulties, educational issues or addiction.”

For months, no one noticed as the 14-year-old girl, whose identity is being concealed for her protection because her captors are still at large, sneaked out of her apartment before dawn, skipped school and came home late, once with bruises all over her body. No one saw the deep scratches on her arms and legs when she started to hurt herself.

Her mother acknowledged neglecting her daughter at times, occasionally staying away from their home for several nights at a time and ignoring calls from her daughter’s school reporting that she had failed to attend.

Then, during the school holidays in July last year, the teenager disappeared. It was not until seven months later, after her mother said she had resigned herself to the fact that her daughter might be dead, that a detective told her that she had been kidnapped and enslaved.

“Enslaved?” the mother, whose identity is also being concealed to protect her daughter, recalled asking the officer. “I just kept repeating that word. I didn’t understand it,” she said in a London park where she often goes to try to manage a panic disorder that developed after her daughter’s disappearance.

During the months when her daughter was missing, “I thought about every possible scenario that could have happened to her,” her mother said. “But slavery? I didn’t even know that happened in England.”

Britain recorded 2,255 modern slavery offenses across England and Wales last year, a 159 percent increase from the previous year. According to the government commission, the rise suggests that, while slavery might be increasing, so is awareness among the police and public. The report also said that different agencies were cooperating better.

But a recent inspection of police practice found significant deficiencies and inconsistencies that left many victims exposed and vulnerable to further exploitation.

“Victims who come into contact with the police are not always recognized as such and therefore remain in the hands of those who are exploiting them. Others are arrested as offenders or illegal immigrants,” the British Inspectorate of Constabulary and Fire and Rescue Services found.

Analysts say that some of the most vulnerable people are those who depend on welfare benefits and lack family life and support. As a result, they are easily influenced by people who suddenly appear in their lives.

“People often get picked up when they are hanging around, either at hostels or soup kitchens,” said Anne Read, an anti-trafficking response coordinator for the Salvation Army, a charity that manages the government support system for adult victims. “And, of course, now there is the internet, which enables predators to enter people’s homes,” she added.

That is how the teenager met her captor more than a year ago, through a messaging app on her phone.

Her mother, who had just lost her job at a bakery, had cut off her weekly allowance of about $26. That caused the girl to spend less time with her friends and more time on the internet.

“I was broke, I couldn’t do nothing,” the girl, now 15, said in an interview with her caseworker by her side. “I got bored and started chatting to people on my phone, and that’s how I met him,” she said, referring to her captor, who has not been taken into custody and whose real name is unknown to investigators.

“He was really sweet when I met him,” she added with the slight stutter she developed in the months she was away. “He kept buying me phone credit, and told me he would look after me and teach me how to make money.”

The first day they arranged to meet, he took her to her favorite fish and chip restaurant and ordered the large family menu, just for the two of them.

The man was grooming the teenager to “go country,” meaning that she would become a drug runner. While most British citizens are trafficked for labor or sex, an increasing number of young people are being drawn into the drug world because of the relatively new phenomenon of distributing narcotics from urban hubs to small towns.

“What we have are criminals who are predators, and who use other people as their instruments of crime,” Mr. Hyland said. “They will use them however they can in whatever way they want to make money.”

The teenager’s boss promised her about $175 for every day she worked. The gang he ran made profits of about $2,400 a day, said her caseworker, who requested anonymity because she was not allowed to speak to the news media while the investigation into the teenager’s disappearance was underway.

In the first four months of working for the gang, she earned around $2,500 and received a new phone with unlimited data and a gold bracelet, which she still wears.

But one day last year, after making a drug run to Eastbourne, she was told by a gang member that the police had caught her on camera and were waiting to arrest her at her home in South London.

The teenager believed him.

The man, whom she knew as Ziggy, took her phone and money. He then drove her to a dark, squalid garage with no windows, where she lived for the next seven months with various drug addicts.

“Everything changed,” the girl recalled. “Ziggy started to beat me and told me I wasn’t worth anything to them anymore.”

She was then taken off the runner rotation and forced into servitude, preparing drug supplies, transferring them between houses in the area and cleaning up after the addicts who lived there.

One night, as she slept on a mattress in the corner of the cold garage floor, Ziggy appeared and lay down next to her. “First he undressed me and made me do things to him, but then he raped me,” she said, as tears streamed down her face and her hands started shaking.

“I thought about escaping so many times, but I had nowhere to go,” she said. “I thought they would either kill me or the police would arrest me.”

When members of the gang and different drug addicts started to rape her every night, she finally decided that nothing could be worse. The next day, she went to a local laundromat and asked to use the phone to call the police.

She returned home only after spending several months in a safe house undergoing a rehabilitation program. Her mother has had to move from their former home in South London because members of the gang that abused her daughter are still at large.

The teenager’s caseworker said that the biggest challenge was to make sure she completed her recovery process. Otherwise, she could risk falling back into the hands of traffickers, which happens often with young victims.

“I’m really happy to be back with my friends,” the teenager said, smiling for the first time during a one-hour interview. “But I really miss having a phone and money.”

A version of this article appears in print on November 19, 2017, on Page A14 of the New York edition with the headline: Traffickers Enslave Thousands of Britain’s Most Vulnerable. 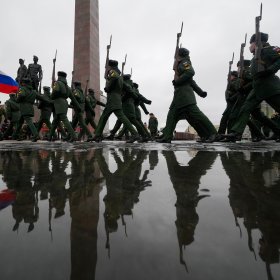