Since then, scientists there have discovered more than 200 dead Guiana dolphins, or Sotalia guianensis, a quarter of what was the world’s largest concentration of the species. The deaths, caused by respiratory and nervous system failures linked to a virus, have subsided, but scientists are working to unravel the mystery behind them.

How, they ask, did a virus that might ordinarily have claimed a handful of dolphins end up killing scores of them? And does part of the answer, scientists and local residents ask, lie in the bay itself, at once a testament to Brazil’s economic power and a portent of environmental risk.

The dolphins are “sentinels,” said Mariana Alonso, a biologist at the Biophysics Institute at the Federal University of Rio de Janeiro, one of a number groups working to understand the epidemic. “When something is wrong with them, that indicates the whole ecosystem is fractured.”

Once a sleepy fishing area with white sand beaches and an archipelago of tiny hill-shaped islands, Sepetiba Bay, 40 miles west of downtown Rio, became one of the principal gateways for Brazilian exports over the past generation. In 2017, 39 million tons of iron ore and other commodities shipped from there.

The wooden fishing boats that crisscross the bay now weave around massive merchant ships loaded with iron and steel. Though people still swim in its waters, four ports and a constellation of chemical, steel and manufacturing plants have risen on its shores. One of world’s most prominent iron ore producers, Vale, occupies a new terminal in an old fishing spot on nearby Guaiba Island.

“When I was a child, buffalo roamed the farms around my village, and we had apples and coconuts,” said Cleyton Ferreira Figueiredo, 28, a convenience store cashier who, nostalgia aside, also sees advantages in the development. “Now everything is more urban, with schools and facilities. There are more jobs, and it takes me 15 minutes to get home when I finish.”

Sepetiba Bay is on a strategic bit of coastline astride the country’s most developed states: industrial São Paulo, oil-rich Rio de Janeiro and iron-producing Minas Gerais. About 22,000 workers commute to factories such as Gerdau, Ternium and Rolls-Royce in the industrial district of Santa Cruz, next to the port area. A Brazilian navy terminal, now under construction, will soon harbor nuclear submarines.

“The number of industries and ventures along Sepetiba Bay has been growing exponentially in recent years,” said Alonso, the biologist. “What that generates is a greater concentration of pollutants in the seafloor and in the food chain.”

Scientists have attributed the rash of dolphin deaths to morbillivirus, an airborne virus from the family that causes measles in humans. They are now seeking to understand how the dolphins became so highly vulnerable to the virus, and are examining the role of pollution and environment degradation.

The effects of the virus — rash, fever, respiratory infection, disorientation — suggest an agonizing death. Dying dolphins were seen swimming sideways and alone. Some carcasses had ugly deformations, and blood dripping from their eyes. Outbreaks have been reported among dolphins in other parts of the world, but this is the first for the species in the South Atlantic.

“The reality is that the mass death caused by morbillivirus is only the tip of the iceberg,” said Leonardo Flach, the scientific coordinator at the Grey Dolphin Institute, a conservation group that is also involved in the sleuthing.

The Guiana dolphin, a species found from Central America to southern Brazil, is considered a sentinel because, as a top predator and mammal, it is prone to disease linked to polluted waters, Flach said. He has urged the creation of a marine conservation area to study and safeguard the bay.

Sergio Hirochi, 49, a fisherman who was born in the area and owns three small boats, said he had seen the bay’s environmental decline, beginning in the mid-1990s when the mining company Ingá Mercantil operated in the area. The company closed in 1998 after it came under scrutiny for dumping pollutants, but a burst of new development followed.

“From here, I see how much mineral waste winds up in the ocean,” said Hirochi, who sells fish at a warehouse near his waterfront home. “The Bay of Sepetiba is an estuary, a nursery of species. And when you destroy it, you destroy marine life.”

Fishermen, Hirochi said, have resorted to larger nets to catch a dwindling supply of shrimp, sea bass and sardines — a tactic that can also inadvertently ensnare the dolphins.

“Several fishermen are having tremendous difficulty feeding their families,” he said.

While acknowledging the environmental impact on Sepetiba Bay, the municipal government in Itaguai, the largest nearby city, points to the benefits of development, like the construction of a modern highway and the opening of land to entrepreneurs.

Max Sanches, the manager of a hotel, said he arrived in 2012, smack in the middle of the boom.

“In fact, the ports have generated development, jobs and investments,” said Sanches, who said his hotel worked hard to limit and treat its discharges. “We work with the port and the beauty, and we want the bay to be good for all.”

Still, Sanches had a bit of advice. “We suggest our clients not swim in this beach,” he said. “The water could be better treated.” 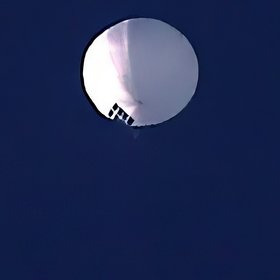