On Saturday, intelligence officials said it was not until the week after the election that the CIA altered its formal assessment of Russia’s activities to conclude that the government of President Vladimir Putin was not just trying to undermine the election, but had also acted to give one candidate an advantage.

Wary of being seen as politicizing their findings, CIA analysts had been reluctant to come to that conclusion in the midst of the election — even as many supporters of Hillary Clinton believed it was obvious, given the leak of emails from her campaign chairman and others.

One intelligence official said there were indications in early October that the Russians had shifted their focus to harm Clinton. The CIA’s slowness in shifting its assessment, another official said, was one reason President Barack Obama ordered a full review of “lessons learned” on the operation to influence the election.

But the disclosure of the still-classified findings prompted a blistering attack against the intelligence agencies by Trump, whose transition office said in a statement Friday night that “these are the same people that said Saddam Hussein had weapons of mass destruction,” adding that the election was over and that it was time to “move on.”

Trump has split on the issue with many Republicans on the congressional intelligence committees, who have said they were presented with significant evidence, in closed briefings, of a Russian campaign to meddle in the election.

The rift also raises questions about how Trump will deal with the intelligence agencies he will have to rely on for analysis of China, Russia and the Middle East, as well as for covert drone and cyberactivities.

At this point in a transition, a president-elect is usually delving into intelligence he has never before seen, and learning about CIA and National Security Agency capabilities. But Trump, who has taken intelligence briefings only sporadically, is questioning not only analytic conclusions, but also their underlying facts.

“To have the president-elect of the United States simply reject the fact-based narrative that the intelligence community puts together because it conflicts with his a priori assumptions — wow,” said Michael Hayden, who was the director of the NSA and later the CIA under former President George W. Bush.

With the partisan emotions on both sides — Trump’s supporters see a plot to undermine his presidency, and Hillary Clinton’s supporters see a conspiracy to keep her from the presidency — the result is an environment in which even those basic facts become the basis for dispute.

For months, the president-elect has strenuously rejected all assertions that Russia was working to help him, though he did at one point invite Russia to find thousands of Clinton’s emails.

There is no evidence that the Russian meddling affected the outcome of the election or the legitimacy of the vote, but Trump and his aides want to shut the door on any such notion, including the idea Putin schemed to put him in office.

Instead, Trump casts the issue as an unknowable mystery.

The Republicans who lead the congressional committees overseeing intelligence, the Pentagon and the Department of Homeland Security take the opposite view. They say that Russia was behind the election meddling, but that the scope and intent of the operation need deep investigation, hearings and public reports.

One question they may want to explore is why the intelligence agencies believe that the Republican networks were compromised while the FBI, which leads domestic cyberinvestigations, has apparently told Republicans that it has not seen evidence of that breach. Senior officials say the intelligence agencies’ conclusions are not being widely shared, even with law enforcement.

“We cannot allow foreign governments to interfere in our democracy,” Rep. Michael McCaul, R-Texas, who is the chairman of the Homeland Security Committee and was considered by Trump for secretary of Homeland Security, said at the conservative Heritage Foundation. “When they do, we must respond forcefully, publicly and decisively.”

He has promised hearings, saying the Russian activity was “a call to action,” as has Sen. John McCain, R-Ariz., one of the few senators left from the Cold War era, when the Republican Party made opposition to the Soviet Union — and later deep suspicion of Russia — the centerpiece of its foreign policy.

Rep. Peter T. King, R-N.Y., a member of the House Intelligence Committee, said there was little doubt the Russian government was involved in hacking the Democratic National Committee.

“All of the intelligence analysts who looked at it came to the conclusion that the tradecraft was very similar to the Russians,” he said.

Even one of Trump’s most enthusiastic supporters, Rep. Devin Nunes, R-Calif., said Friday that he had no doubt about Russia’s culpability. His complaint was with the intelligence agencies, which he said had “repeatedly” failed “to anticipate Putin’s hostile actions,” and with the Obama administration’s lack of a punitive response.

Like many Republicans, Nunes is threading a needle. His statement puts him in opposition to the position taken by Trump and his incoming national security adviser, Michael Flynn, who has traveled to Russia as a private citizen for RT, the state-controlled news operation, and attended a dinner with Putin.

Nunes’s contention that Obama was captivated by a desire to “reset” relations with Russia is also notable, because Trump has said he is trying to do the same — though he is avoiding that term, which was made popular by Clinton in her failed effort as secretary of state in 2009.

There are splits both within the intelligence agencies and the congressional committees that oversee them. Officials say the CIA and the NSA have not always shared their findings with the FBI, which they often distrust. The question of how vigorously to investigate also has a political tinge: Democrats on the Senate Intelligence Committee, for example, are pushing hard for a broad investigation, while some Republicans are resisting.

Intelligence can also get politicized, of course, and one of the running debates about the disastrously mistaken assessments of Iraq that Trump often cites is whether the intelligence itself was tainted or whether the Bush White House read it selectively to support its march to war in 2003.

But what is unfolding in the argument over the Russian hacking is more complex, because tracking the origin of cyberattacks is complicated. It is made all the harder by the fact that the CIA and the NSA do not want to reveal human sources or technical abilities, including U.S. software implants in Russian computer networks.

This much is known: In mid-2015, a hacking group long associated with the FSB — the successor to the old Soviet KGB — got inside the Democratic National Committee’s computer systems. The intelligence gathering appeared to be fairly routine, and it was unsurprising: The Chinese, for instance, penetrated Obama’s and McCain’s presidential campaign communications in 2008.

In the spring of 2016, a second group of Russian hackers, long associated with the GRU, a military intelligence agency, attacked the DNC again, along with the private email accounts of prominent Washington figures like John Podesta, the chairman of Clinton’s campaign. Those emails were ultimately published — a step the Russians had never taken before in the United States, though the tactic has been used often in former Soviet states and elsewhere in Europe. That moved the issue from espionage to an “information operation” with a political motive.

One person who attended a classified briefing on the intelligence said that the investigators had explained that the malware used in the cyberattack on the DNC matched tools previously used by hackers with proven ties to the Russian government. That sort of “pattern analysis” is common in cyberinvestigations, though it is not conclusive.

But the intelligence agencies had more: They had managed to identify the individuals from the GRU who oversaw the hacking efforts. That may have come from intercepted conversations, spying efforts or implants in computer systems that allow the tracking of emails and text messages.

In briefings to Obama and on Capitol Hill, intelligence agencies have said they now believe that what began as an effort to undermine the credibility of U.S. elections morphed over time into a much more targeted effort to harm Clinton, whom Putin has long accused of interfering in Russian parliamentary elections in 2011.

But to hedge their bets before the election, according to the briefings, the Russians also targeted the RNC, Republican operatives and prominent members of the Republican establishment, like former Secretary of State Colin Powell.

However, few of those emails have ever surfaced, save for Powell’s, which were critical of Clinton’s campaign for trying to draw him into a defense of her use of a private computer server.

A spokesman for the RNC, Sean Spicer, disputed the report in The Times that the intelligence community had concluded that the RNC had been hacked.

“The RNC was not ‘hacked,'” he said on Twitter. “The @nytimes was told and chose to ignore.” On Friday night, before The Times published its report, the committee had refused to comment. 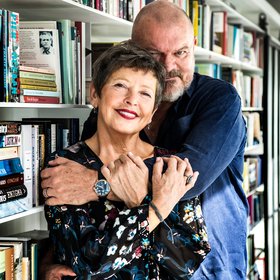