The announcement by the three leaders, who were meeting in the Russian Black Sea resort of Sochi, underscored Russia’s increasingly influential role in determining the outcome of the war, which appears to be winding down after nearly seven years.

The conference they proposed, also to be held in Sochi, was announced just days before a new round of peace talks was planned in Geneva, convened by a special United Nations envoy, Staffan de Mistura.

It was another sign that de Mistura’s efforts, frustrated for years, have now been overshadowed by Russia’s actions.

The Sochi announcement also came a few days after President Vladimir Putin of Russia held a meeting in Moscow with President Bashar Assad of Syria, an indication that Assad had agreed to the idea. Putin also called President Donald Trump and other regional leaders, reflecting what appeared to be a coordinated effort that highlighted Russia’s role.

Putin sought to use the Sochi announcement to portray Russia as a flexible diplomatic intermediary in the Syria conflict, despite Russia’s military backing for Assad, widely regarded by opponents as a war criminal.

“The Syrian people are to decide their future themselves,” Putin said. “Obviously, the reform process will not be easy and will require compromise and concessions from all of its participants, including the Syrian government.”

The war has displaced half the Syrian population and created a protracted humanitarian crisis, with millions of Syrian refugees in neighboring countries.

Precisely who among Assad’s adversaries would be invited to the Sochi conference, and when it will be convened, have not been made clear yet.

Russia, Assad’s chief ally, helped turn the tide of the conflict in his favor with a major military intervention two years ago.

Assad’s forces have since reclaimed most of the country from Islamic militants and insurgents who had sought to topple him, including rebel groups backed by the United States and some of its allies.

In their joint statement, the Russian, Iranian and Turkish leaders called on representatives of the Syrian opposition “that are committed to the sovereignty, independence, unity, territorial integrity and non-fractional character of the Syrian state” to take part in the Sochi conference.

Putin, sitting with President Hassan Rouhani of Iran and President Recep Tayyip Erdogan of Turkey, said the most important purpose of the conference would be to frame “the future structure” of the Syrian state.

Their announcement coincided with a meeting of Syrian opposition factions in Saudi Arabia, who were trying to form a unified position before the Geneva talks on Nov. 28.

For many members of the Syrian opposition, peace in Syria is unattainable before Assad is held accountable for human rights abuses, including what U.N. investigators have said was the use of chemical weapons by Syria’s military.

There were signs Wednesday that the opposition remained challenged in finding a common position on Assad.

Al-Arabiya, the Saudi-owned news website, reported that the High Negotiations Committee, which has represented the opposition at previous Geneva talks, had been troubled in recent days by 10 resignations, including its leader, Riyad Hijab. Al-Arabiya said he had taken an “uncompromising line” against Assad’s participation in Syria’s postwar future.

For Erdogan, the main issue is whether U.S.-backed Kurdish forces in Syria should be involved in any political settlement. Erdogan regards those forces as enemy affiliates of Kurdish insurgents in Turkey.

“The exclusion of terrorist aspects from the process, is still among Turkey’s priorities,” Erdogan said.

At the United Nations, officials sought to portray the Sochi announcement as constructive, which in no way undermined de Mistura’s efforts.

Farhan Haq, a U.N. spokesman, said: “Our focus remains on the meetings that will begin in Geneva on Nov. 28. We hope that all the other processes that are underway will contribute to a successful round of talks.” 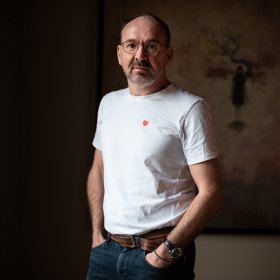 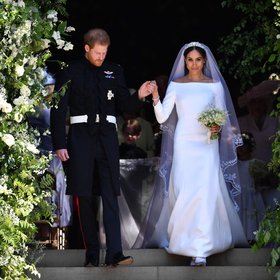