He has pushed for a closing campaign message that outlines his plans for "Day One" in the White House - a phrase that now appears on his signs and podiums and in his stump speech. In private conversations with staff members, he has begun dropping references to "January," as he envisions how he might govern. "This is a person who realizes that the presidency is within his grasp," said Eric Fehrnstrom, a senior adviser who has worked with Mr. Romney for the past decade.

Mr. Romney started the fall with an unhurried public schedule of just a few events a week, bogged down with fund-raising commitments and reluctant to plunge too quickly into the sleepless, barnstorming phase of the race. Now, he is cramming three or four events into each day, a wearying regimen that has occasionally become apparent in his hoarse voice and verbal slips.

At a rally in Des Moines on Sunday, Mr. Romney flubbed one of his signature stump speech lines: "Employment is higher today than when Barack Obama took office," he said, accidentally substituting "employment" for "unemployment."The disciplined candidate is also letting down his guard in unexpected ways. In Ohio last week, he broke from his usual script to reflect on the exhausting work of running for president. "This job," he said, "is quite an undertaking." Later, he talked about the difficulty of relaxing after hectic hours of campaigning. "I get so much energy from you, by the way, that at the end of the day, it takes me a long time to slow down and fall asleep," he told thousands of people on a field in Davenport, Iowa.

Two years into the race, Mr. Romney's interior life remains something of a mystery - not just to voters but even to some of his aides. He seems capable of truly unwinding only in the company of his family. He eschews the raucous staff dinners and late-night strategy huddles that are a staple of campaign life. At night, he sometimes eats alone in his hotel room, savoring his solitude over takeout that aides order from nearby restaurants. Aboard his plane, he devotes little time to chitchat. "He just goes right to his seat, takes out his iPad and gets to work," said Kevin Madden, a senior adviser.

He makes a point of talking to his wife, Ann - who is keeping her own slightly less demanding schedule of rallies and talks - every day in conversations squeezed in on the plane just before takeoff, in his sport-utility vehicle between events or at night back in his hotel room. On Sundays, he calls each of his five sons - all of whom have been campaigning with him recently- to check in, sometimes patching them into a conference call.

On the plane that now doubles as his home on the road, he stocks peanut butter, honey and whole wheat bread, the components of his go-to sandwich. Hidden away, in an overhead bin or a nearby fridge, are his guilty pleasures: granola bars, pita chips, Kit Kats, Snickers and Greek yogurt with honey. ("The Greek yogurt industry has got to have a boost, just from the front of the plane," Mr. Madden said.) 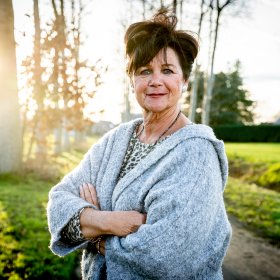 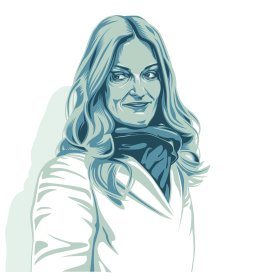 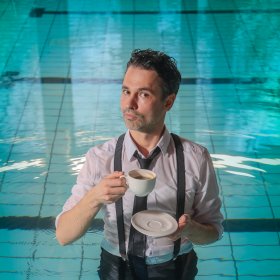