It also accounts for about a third of all government spending in Brazil, and contributed to a record budget deficit in 2016.

Analysts and politicians across the political spectrum have long recognized that the pension system is unsustainable and a major factor in the country’s continuing economic struggles.

“Brazil has one of the most generous systems in the world,” said Chris Garman, managing director of the Americas for the Eurasia Group, a political risk consultancy. But without a pension overhaul, he added, “Brazil is heading for insolvency and debt crisis.”

A jarring reminder of that came last month when Standard & Poor’s downgraded the credit rating of Brazil, Latin America’s largest economy, sending it even further into so-called junk territory, or below investment grade. The downgrade came amid dimming hopes that Brazil’s Congress would reform the country’s social security system during this election year.

It turns out the ratings agency was right. President Michel Temer and Congress have now officially given up on trying to pass any pension legislation — handing off the problem until after the October election.

Temer had vowed that pension reform would be one of his signature achievements when he was sworn in after the impeachment of President Dilma Rousseff in 2016. But instead of enacting what he had billed as a business-friendly agenda, his presidency has been notable for its turbulence and scandals.

Temer sought to build support for the proposal with a simple, bleak warning plastered across government websites and promoted in a social media campaign: “Everyone for social security reform so Brazil doesn’t go bankrupt.”

But despite Temer’s stated determination, a decision he made this month effectively blocked any further movement on the pension proposal. He signed a decree to put the military in charge of security in Rio de Janeiro to rein in violent crime, and under Brazil’s Constitution, lawmakers are barred from making broad legal changes during any military intervention.

Temer initially insisted the pension overhaul could still be voted on by temporarily lifting the security decree. But the dire warning about bankruptcy disappeared from government websites last week, and both the president of the Senate, Eunício Oliveira, and the political affairs minister, Carlos Marun, have since said the bill has been shelved.

“After debating and consulting with judges from the Supreme Court, the conclusion is that the reform is suspended as a result of the decree for intervention,” Marun told journalists last week.

The court’s opinion was not the only factor. Marun conceded that “we don’t have the votes to approve the reform — I couldn’t guarantee the government that we would have them by the end of February.”

Even some of Temer’s supporters said the president had issued the security decree, in part, to avoid an embarrassing loss in Congress.

“It was an excuse to avoid the vote — the nail in the coffin of pension reform,” said congressman Alex Canziani, a member of the governing coalition.

The timing of the pension debate could hardly have been worse for supporters of an overhaul. With elections in the fall, few lawmakers are willing to tell voters they will have to work longer and then get less money in their golden years.

Selling that message to the electorate is especially hard given how unpopular the country’s political elite has become amid an avalanche of corruption scandals and growing scrutiny of the high salaries and generous perks that lawmakers and other federal employees enjoy.

“It doesn’t fly when voters are angry at politicians,” Garman, the political consultant, said. Voter reaction, he added, has been one of outrage: “'You’re stealing from us and now you expect us to work more?'”

Elisabete Lopes Santos, 57 and retired, agrees. “Everyone contributed to the pension system — how could it be broke? The money was siphoned off,” she said.

Brazilians have taken to the streets to vent their anger, not only in protests and strikes, but also in Carnival parades. Union groups in São Paulo put the following words to a catchy samba beat: “Mr. Congressman, Mr. Senator, beware, look at the rebellion. If you vote for Temer’s reform, you won’t be back!”

On average, men in Brazil retire at 56 and women at 53, according to the Organization for Economic Cooperation and Development, which concluded that the system was unsustainable.

The longer someone works, the more they earn in retirement. Retirees receive an average of 70 percent of their pre-retirement salary, and the amount is indexed to a constantly climbing minimum wage. When pension recipients die, widows and widowers may inherit the full pension of their spouse and add it to their own.

Pension spending in Brazil rose to 8.2 percent of gross domestic product in 2016 from 4.6 percent in 2014. Brazil’s population is comparatively young compared to the global median, and pension spending could soar to 17 percent of its GDP by 2060 if the rules remain unchanged.

The Chamber of Deputies, the lower house of Congress, repeatedly watered down the extent of the proposed changes and delayed a vote in hopes that more political factions would come onboard. But the latest tallies show the government is still at least 40 votes short of the two-thirds majority needed for approval.

The bill appeared to be gathering momentum until May, when Temer was implicated in the broadening corruption scandal and charged in two criminal cases. Getting allies in Congress to block the cases from moving forward exhausted much of Temer’s political capital, significantly setting back his broader agenda.

After postponing a pension vote in December, the government switched tactics, with a new campaign focusing on inequities in the system and targeting big earners in the public sector.

“Pension reform is aimed at combating privileges,” Temer said, pointing to the benefits politicians and high-level civil servants get. “What the reform does is protect the poor who pay for those who earn a lot in the public sector.”

Temer was perhaps not the ideal figure to champion that message. The president has been collecting a pension for more than two decades, having retired as a state prosecutor at 55, which has significantly padded his earnings as an elected official.

But regardless of the president’s own pension history, the government tried to tap into the widespread anger and frustration over inequality in Brazil, pointing out that the pensions of the well-off have been subsidized largely by the working poor.

“I know there won’t be enough money to cover my retirement if the government doesn’t do something,” said Edmilson Santos, a 28-year-old Uber driver. “But I don’t have any faith that they won’t just keep helping the same politicians and public workers that have always benefited.” 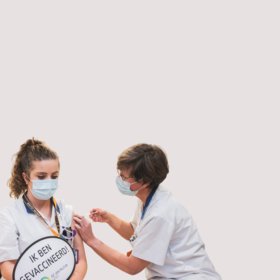 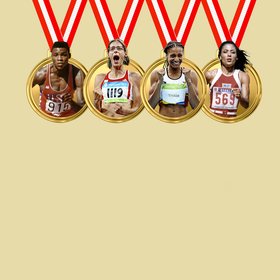