The list, based on information from Belgium's security apparatus, included two brothers who would take part in the bloodshed in France on Nov. 13, as well as the man suspected of being the architect of the terrorist plot, Abdelhamid Abaaoud, a Molenbeek resident who had left for Syria to fight for the Islamic State in early 2014.

"What was I supposed to do about them? It is not my job to track possible terrorists," Schepmans said in an interview. That, she added, "is the responsibility of the federal police."

The federal police service, for its part, reports to the interior minister, Jan Jambon, a Flemish nationalist who has doubts about whether Belgium - divided among French, Dutch and German speakers - should even exist as a single state.

As Brussels remained locked down for a fourth day, facing what the authorities say is its own imminent terrorist threat, the failure to stop two brothers clearly flagged as extremists before the Paris carnage highlighted the tribal squabbles of a country that holds the unenviable distinction of going without a functioning government for 541 days.

Flemish nationalists, ever eager to show that Belgium in its current form does not work, have jumped on the mess, with Karl Vanlouwe, a member of the Belgian Senate, writing in the newspaper Le Soir on Tuesday that "20 years of laxity" by the French-speaking Socialist Party had turned Brussels into a "rear base of Islamic barbarity."

The perennial dysfunctions of a small country with just 11.2 million people would not normally transcend its borders, but they are now blamed for having helped turn Belgium into a hub of terrorist activity that is threatening lives as well as the Continent's troubled enterprise of integration and intelligence sharing.

Belgium has a government, unlike the long stretch of limbo after inconclusive elections in 2010. But with its capital paralyzed and its political elite pointing fingers over who is to blame for letting jihadis go unchecked, the country is again being ridiculed as the world's most prosperous failed state.

An Italian newspaper called it "Belgistan," and a German one declared Belgium "kaput." A French writer, Éric Zemmour, suggested in a recent radio interview that instead of bombing Raqqa, Syria, the self-proclaimed capital of the Islamic State, "France should bomb Molenbeek."

Belgians, accustomed to being derided, particularly by the French, have, in the main, not risen to the bait, although the editor in chief of the newspaper La Libre, Francis Van de Woestyne, complained on Tuesday that "French condescension has no limits." But Belgians, too, are wondering what went wrong in Molenbeek and in the system as a whole.

With three uneasily joined populations, Belgium has a dizzying plethora of institutions and political parties divided along linguistic, ideological or simply opportunistic lines, which are being blamed for the country's seeming inability to get a handle on its terrorist threat.

It was hardly difficult to find the two Molenbeek brothers before they helped kill 130 people in the Paris assaults: They lived just 100 yards from the borough's City Hall, across a cobblestone market square in a subsidized borough-owned apartment clearly visible from the mayor's second-floor corner office. A third brother worked for Schepmans' borough administration.

Much more difficult, however, was negotiating the labyrinthine pathways that connect - and also divide - a multitude of bodies responsible for security in Brussels, a capital city with six local police forces and a federal police service.

Brussels has three parliaments, 19 borough assemblies and the headquarters of two intelligence services - one military, one civilian - as well as a terrorism threat assessment unit whose chief, exhausted and demoralized by internecine turf battles, resigned in July but is still at his desk.

Lost in the muddle were the two brothers, Ibrahim Abdeslam, who detonated a suicide vest in Paris, and Salah, who is the target of an extensive manhunt that has left the police flailing as they raid homes across the country, so far without results.

To the system's rising chorus of critics, the scale of the lockdown itself - the security alert has closed schools, many shops and the subway system in Brussels - is a reflection less of focused authority and actionable intelligence than of diffuse incoordination.

Of 16 people detained in a huge sweep on Sunday evening, 15 were promptly released. No explosives or guns were found, a blow to efforts to avoid what the federal government asserts is a "serious and imminent" threat of Paris-style terrorism.

Lars Bové, the author of a book on the Belgian security system, said that cooperation between different layers of government and different security services was improving but that information sharing remained a problem, particularly between federal agencies and local authorities.

Responsibilities, he said, "tend to overlap," with only fuzzy rules for who is supposed to do what.

Muriel Targnion, the mayor of the eastern town of Verviers, where the federal police stormed a terrorist safe house in January, said she had been told by security services in Brussels that her town had 34 residents suspected as jihadis. But that was all she was allowed to know.

"All I was given was a number," she said. "No names, no addresses. Nothing."

Information sharing does not come easy in a country with fierce rivalries between groups that, in some cases, cannot talk to each other, at least not in a common language.

On top of language, said Sus van Elzen, a Flemish writer and former political magazine editor, "it is in our genes to reject all centralizing power" and, on all sides of the linguistic divide, to mistrust outsiders.

Belgium's history, he added, is a "very unhappy story" of constant retreat from intruding forces, notably the Spanish the French and the Germans, that have sought to impose a centralized order.

Belgium was formed from part of what were known as the Low Countries, which for centuries were fought over by the dukes of Burgundy, Hapsburg emperors and the rulers of France. The chief languages, Dutch and French, became instruments of those in power, and both fell in and out of favor. After the defeat of Napoleon in 1815, the Congress of Vienna made the largely Roman Catholic Belgium part of Holland, which was ruled by a Protestant king. The union led to unrest, and eventually rebellion, and in 1831 another gathering of Europe's great powers established the kingdom of Belgium.

Today centralized order hardly seems the problem, except when it comes to tracking terrorists. Even if intelligence professionals all speak Belgium's two main languages, they are still divided into feuding fiefs.

Luc Verheyden, a veteran intelligence officer who in 2006 helped set up OCAD, a coordinating agency for threat analysis, resigned four years later, citing his frustration over the refusal of the police and other security services to cooperate.

"The creation of OCAD was not appreciated by certain services because it forced them to share information," he told the Belgian news media when he quit. "They were waiting around the corner for revenge," he added.

OCAD's chief and Verheyden's former boss, André Vandoren, resigned in July after political sniping and complaints from a secretive parliamentary committee that he had trespassed onto intelligence gathering turf that belonged to Sûreté de l'Etat, Belgium's more established intelligence service.

"Everything in Belgium is politicized; you cannot have an administrative function, particularly a senior one, if you don't have a political affiliation," said Claude Moniqué, a former French intelligence officer who runs a risk analysis company in Brussels.

Language divisions might not prevent intelligence experts from communicating, but they shape the political environment in which the experts operate and decide who fills the ministerial positions that set their priorities.

Jambon, the Flemish nationalist interior minister, has infuriated many French-speaking Belgians with what they see as insinuation that they alone are to blame for the growth of Islamic militancy in Belgium.

"The link that has again been established between terrorism and our country forces us to look into the mirror," Jambon said two days after the Paris attacks. The reflection he saw, however, was heavily filtered by the lens of Belgium's tribal politics.

"The question I ask myself is: Why did we succeed to eradicate radicalism in Antwerp and other Flemish cities, and why doesn't it work in Brussels?" he said, contrasting his Dutch-speaking region of Flanders with Belgium's mostly French-speaking capital.

Antwerp, the largest city in Flanders, has cracked down on Islamic extremists. This year the city was the site of Belgium's biggest terrorism trial, with more than 40 defendants accused of traveling to fight in Syria or of encouraging others to do so.

But the trial was held in Dutch-speaking Antwerp only because that was where its principal defendant, Fouad Belkacem, and the now-banned organization he led, Sharia4Belgium, a well-known recruiter for jihad, had operated for years.

From there, Belkacem reached out to French-speaking areas, notably Molenbeek, where in 2012 he organized a rally outside a police station to protest the arrest of a woman wearing an Islamic head covering.

Before the trial, when he was sentenced to 12 years for supporting terrorism, Belkacem was "very active here," Schepmans said, and he set alarm bells ringing about the dangers of extremism.

The federal authorities were so worried that they offered to help Molenbeek with money to set up a unit to combat radicalization. But the money offered was paltry - initially 40,000 euros, or about $42,500, and later 60,000 euros. The borough found funding from its own budget and the radicalization unit now has four employees. Only one speaks Arabic.

Molenbeek's police force, housed in a big concrete block adjoining City Hall, knows the neighborhood and its residents, but the mayor said that it "has neither the means nor the powers" to keep tabs on Islamic militant suspects.

Arthur van Amerongen, a Dutch writer on the Middle East who lived in Molenbeek a decade ago while doing research for a book on Islamic extremism, said it had been obvious for years, particularly under a Socialist mayor who governed until 2012, that militants were making inroads there, but "nobody wanted to know because this did not fit their political agenda."

Neither local authorities nor the central government showed interest, van Amerongen said, noting that his book, "Brussel: Eurabia," was greeted with accusations of racism and bias against French-speaking Molenbeek.

Intelligence services, too, have struggled with the same political calculations and constraints.

While long derided for its often chaotic and fractious ways, Belgium is if anything "overorganized," with so many overlapping bodies and agencies that nobody is ever really in charge, said Hubert van Humbeeck, a Belgian political commentator. "It works more or less normally, but when something so unpredictable like terrorism happens, all the institutions collide."

"This is the Belgium disease," he added. "Everyone always says it is not their fault, and they are often right." 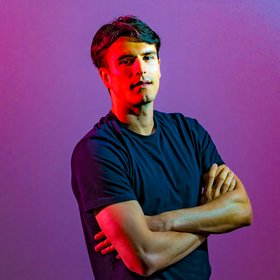