Mitt Romney's loss to a Democratic president wounded by a weak economy is certain to spur an internecine struggle over the future of the Republican Party, but the strength of the party's conservatives in Congress and the rightward tilt of the next generation of party leaders could limit any course correction.

With their party on the verge of losing the popular presidential vote for the fifth time in six elections, Republicans across the political spectrum anticipate a prolonged and probably divisive period of self-examination. The coming debate will be centered on whether the party should keep pursuing the antigovernment focus that grew out of resistance to the health care law and won them the House in 2010, or whether it should focus on a strategy that recognizes the demographic tide running strongly against it.

"There will be some kind of war," predicted Mike Murphy, a longtime Republican Party consultant, suggesting it would pit "mathematicians" like him, who argue that the party cannot keep surrendering the votes of Hispanics, blacks, younger voters and college-educated women, against the party purists, or "priests," as he puts it, who believe that basic conservative principles can ultimately triumph without much deviation. "We are in a situation where the Democrats are getting a massive amount of votes for free," Mr. Murphy said.

But the debate will not just be about demographics. Ralph Reed, a veteran of the conservative movement, said that Mr. Romney's loss would stir resentment among those who believe the party made a mistake in nominating a more centrist Republican who had to work to appeal to the party's base.

As a party, Republicans continue to depend heavily on older working-class white voters in rural and suburban America - a shrinking percentage of the overall electorate - while Democrats rack up huge majorities among urban voters including blacks, Hispanics and other minorities. Not to mention younger Americans who are inclined to get their political news from Comedy Central and will not necessarily become more conservative as they age. The disparity means that Democrats can get well under 50 percent of the white vote and still win the presidency, a split that is only going to widen in the future.

According to exit polls, about 7 in 10 Hispanics said they were voting for Mr. Obama. Mr. Romney won the support of nearly 6 in 10 whites. In urban areas, white voters were split over the two candidates, but about 6 in 10 white voters in the suburbs went for Mr. Romney, as did nearly two-thirds in rural areas.

Mr. Romney won a majority of voters 65 or older, while Mr. Obama was backed by 6 in 10 Americans under 30, and won a narrow majority of those under 44.

Even as they absorbed Mr. Romney's defeat, the party's top elected officials, strategists and activists said they believed that Republicans had offered a persuasive message of economic opportunism and fiscal restraint. While the messenger may have been flawed, they argued, Republicans should not stray from that approach in a moment of panic.

"The party has to continually ask ourselves, what do we represent?" said Senator Marco Rubio, the Florida Republican seen as a top White House contender in 2016. "But we have to remain the movement on behalf of upward mobility, the party people identify with their hopes and dreams. People want to have a chance."

Matt Kibbe, the president of the Tea Party-aligned group FreedomWorks, acknowledged there would be a natural struggle for the identity of the party in the election's aftermath. But he argued that in some respects the fight had already been waged and won by the energized grass-roots forces that have shaped the contours of Republican politics in recent elections. "You are going to see a continuation of the fight between the old guard and all of the new blood that has come in since 2010, but I don't know how dramatic it is going to be," he said. "It is getting to point where you can't reach back and pull another establishment Republican from the queue like we have done with Romney."

With House Republicans easily holding on to their majority, Republicans will arguably be more conservative in the 113th Congress than they were in the 112th.

The first test of whether Republicans see any political need to be more conciliatory will come quickly in the lame duck session of Congress this month, when they will face pressure from the White House, Congressional Democrats and perhaps the Senate Republican leadership to strike a deal to avert the expiration of the Bush tax cuts and the beginning of automatic across-the-board spending cuts.

Democrats sense a parallel to their own recent history when an increasingly liberal party seen as losing touch with mainstream America was defeated in three consecutive presidential elections, in 1980, 1984 and 1988, before Bill Clinton, who practiced a centrist style of politics, won two terms. "They need a Bill Clinton moment," said Rahm Emanuel, the mayor of Chicago and former top aide to both Presidents Clinton and Obama.

Though many Republicans still see no impetus for drastic change, there does seem to be a growing consensus that the party needs to somehow repair its relations with the nation's Hispanics, a group that has socially and fiscally conservative tendencies and one in which Republicans enjoyed some success during the administration of former President George W. Bush. 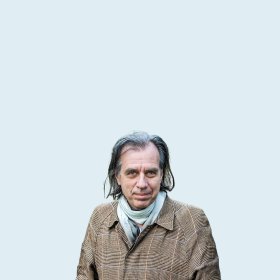