Future historians - if there are any future historians - will almost surely say that the most important thing happening in the world during December 2015 was the climate talks in Paris. True, nothing agreed to in Paris will be enough, by itself, to solve the problem of global warming. But the talks could mark a turning point, the beginning of the kind of international action needed to avert catastrophe.

Then again, they might not; we may be doomed. And if we are, you know who will be responsible: the Republican Party.

OK, I know the reaction of many readers: How partisan! How over the top! But what I said is, in fact, the obvious truth. And the inability of our news media, our pundits and our political establishment in general to face up to that truth is an important contributing factor to the danger we face.

Anyone who follows U.S. political debates on the environment knows that Republican politicians overwhelmingly oppose any action to limit emissions of greenhouse gases, and that the great majority reject the scientific consensus on climate change. Last year PolitiFact could find only eight Republicans in Congress, out of 278 in the caucus, who had made on-the-record comments accepting the reality of man-made global warming. And most of the contenders for the Republican presidential nomination are solidly in the anti-science camp.

What people may not realize, however, is how extraordinary the GOP's wall of denial is, both in the U.S. context and on the global scene.

I often hear from people claiming that the American left is just as bad as the right on scientific issues, citing, say, hysteria over genetically modified food or nuclear power. But even if you think such views are really comparable to climate denial (which they aren't), they're views held by only some people on the left, not orthodoxies enforced on a whole party by what even my conservative colleague David Brooks calls the "thought police."

And climate-denial orthodoxy doesn't just say that the scientific consensus is wrong. Senior Republican members of Congress routinely indulge in wild conspiracy theories, alleging that all the evidence for climate change is the product of a giant hoax perpetrated by thousands of scientists around the world. And they do all they can to harass and intimidate individual scientists.

In a way, this is part of a long tradition: Richard Hofstadter's famous essay "The Paranoid Style in American Politics" was published half a century ago. But having that style completely take over one of our two major parties is something new.

It's also something with no counterpart abroad.

It's true that conservative parties across the West tend to be less favorable to climate action than parties to their left. But in most countries - actually, everywhere except America and Australia - these parties nonetheless support measures to limit emissions. And U.S. Republicans are unique in refusing to accept that there is even a problem. Unfortunately, given the importance of the United States, the extremism of one party in one country has enormous global implications.

By rights, then, the 2016 election should be seen as a referendum on that extremism. But it probably won't be reported that way. Which brings me to what you might call the problem of climate denial denial.

Some of this denial comes from moderate Republicans, who do still exist - just not in elected office. These moderates may admit that their party has gone off the deep end on the climate issue, but they tend to argue that it won't last, that the party will start talking sense any day now. (And they will, of course, find reasons to support whatever climate-denier the GOP nominates for president.)

Everything we know about the process that brought Republicans to this point says that this is pure fantasy. But it's a fantasy that will cloud public perception.

More important, probably, is the denial inherent in the conventions of political journalism, which say that you must always portray the parties as symmetric - that any report on extreme positions taken by one side must be framed in a way that makes it sound as if both sides do it. We saw this on budget issues, where some self-proclaimed centrist commentators, while criticizing Republicans for their absolute refusal to consider tax hikes, also made a point of criticizing President Barack Obama for opposing spending cuts that he actually supported. My guess is that climate disputes will receive the same treatment.

But I hope I'm wrong, and I'd urge everyone outside the climate-denial bubble to frankly acknowledge the awesome, terrifying reality. We're looking at a party that has turned its back on science at a time when doing so puts the very future of civilization at risk. That's the truth, and it needs to be faced head-on. 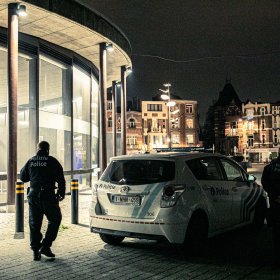