The daughter of a policeman from a small town in Brittany, she converted to Islam as a teenager. After she began covering herself from head to toe in a black abbaya and veil, she felt so scorned in France that she left her two small children to go to Syria, eventually becoming a prominent propagandist and recruiter for the Islamic State.

“She would like to come back; she has asked for pardon from her family, her friends, her country,” her mother said in an interview with Ouest-France, a newspaper in Brittany, after speaking to her daughter by telephone two weeks ago.

König’s personal story is unusual, not least because she is a convert and gained prominence within the male-dominated Islamic State. Yet the quandary her case poses is an increasingly common one for France and other European countries: What should they do when citizens who are former Islamic State fighters or supporters want to return?

Many, like König, were taken into custody or surrendered since the collapse of the Islamic State’s self-proclaimed capital, Raqqa, in October and are now being held in prison camps in the area of Syria controlled by the Syrian Kurds.

European countries, no doubt, would prefer that the fighters never came back, or that they were prosecuted for war crimes and terrorist activities in the countries where they were captured. But the latter is hard to pull off, given that European countries are opposed to the death penalty and are not confident that countries like Iraq and Syria can hold fair trials.

The Kurdish region of Syria, where König said she was being held in a video released Monday, is a legal gray area.The Kurds administer justice and carry out many government functions, but as a matter of international law the region is still part of Syria — albeit a self-governing one — and not recognized by France or any other country.

On the other hand, the option of letting the former fighters roam free and trying to monitor them presents a daunting security challenge.

Even if the numbers of returning fighters are not as high as officials in some countries had feared, they are still not inconsequential. Some fighters have been killed, while others have migrated back to Europe already, and even individual cases can present nettlesome issues of security and justice.

An estimated 4,300 people had left Europe to fight in Syria and Iraq as of April 2016, according to a recent study by the Hague-based International Center for Counter-Terrorism. Others have put the number at 5,000 or even higher.

French law enforcement officials estimate that about 690 French foreign fighters are still in Syria and that about 295 of them are women, the Paris prosecutor, François Molins, said in an interview in November on FranceInfo.

None of the French government ministries responsible for terrorism-related policy would comment in any detail on Koenig’s case or acknowledge that she was in Kurdish custody.

In November, before her case surfaced, President Emmanuel Macron said that decisions on allowing women and children to return from Iraq and Syria would be made on a case-by-case basis. The government spokesman, Benjamin Griveaux, made a similarly inconclusive statement last week in an interview with BFM TV.

France favors having its citizens tried where they are caught, he said, but only “if there are judiciary institutions today that are able to grant a fair trial.”

His comment drew derision from lawyers representing women who are being held in camps in the Kurdish part of Syria.

“A Kurdish state does not exist, and French citizens cannot be judged by the Kurds,” said Marie Dosé, a lawyer representing a French jihadi woman who, like König, wants to return to France.

In any case, the Syrian Kurds do not seem to want them. A spokesman for the Syrian Kurdish Defense Forces, Mustafa Bali, said his leadership urged “all countries, European or other, to extradite their women and children.”

But many European countries appear hesitant.

A Kurdish journalist, Arin Sheikhmus, 30, said he had visited three camps where Arab, Asian and European “war prisoners” were being held. He said he had seen as many as 100 women and children who had been picked up to be turned over to their home countries, including Russia, Kazakhstan and Indonesia.

“To my understanding, the European governments still haven’t reached out to extradite their citizens,” he said.

Among the jihadis from France who went to fight in Iraq and Syria in 2015, nearly a third were women — a larger proportion than any other European country at the time, according to intelligence experts and French intelligence documents that are not public but were shared with the French news media.

Among those women, König may have one of the highest profiles, not least for having the dubious distinction of being listed as a terrorist and subject to sanctions by both United Nations and the United States. (Only one other woman, from Britain, made the lists.)

König was also atypical even by jihadi standards. The youngest of four children, she was brought up in Brittany and is the daughter of a gendarme, who abandoned the family when she was 2 years old. Her conversion to Islam began in adolescence, said people who know her.

At 27, when she went to Syria, according to U.N. and U.S. documents, she was older than many of the newly minted French foreign fighters. She had already been married and divorced and had two children, by her own account in a documentary, “Emilie König vs Ummu Tawwab,” shot before she left for Syria.

She appears to have made the decision to go to Syria on her own rather than following a husband or boyfriend there, said Agnès de Féo, a sociologist who filmed König in 2012 for the documentary about French women who wore the full veil.

By then, König was already thinking of leaving France, saying that she was mistreated and harassed in the street for her attire.

“It is my second skin,” she says in the documentary, which shows her making tea and crepes in a tidy kitchen in the middle-class Parisian suburb of Boulogne-Billancourt. She is entirely veiled except for a slit for her eyes.

König comes across as at once daring and adrift. As she cooks for de Féo, she worries that her crepes will not be sufficiently delicate. At other moments she speaks like a committed Islamist, using the word Allah in every other sentence.

De Féo noted that König’s decision to wear the veil had come only after doing so was made illegal. “She felt she had to be against the law, against the state,” de Féo said. “What she wanted was to be provocative.”

At the same time, she seems to want to be accepted, declaring twice, “I am not a monster. I am very far from a monster.”

De Féo recalled that König reproached herself for having worked in a nightclub even after she converted to Islam and having used drugs.

One of her greatest wishes, as she was on the brink of going to Syria, was to find a man. “She was looking for a virile man, for a man who would fulfill her, who represented a warrior,” said de Féo, adding that perhaps it was linked to having been abandoned by her father.

Once she arrived in Syria, König began posting many propaganda videos on social media, which are striking for their boldness. She is shown at target practice and makes a full-throated appeal for Muslims to support the Islamic State. 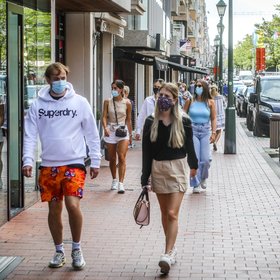 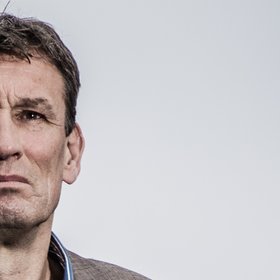