This is just one example of the critical role that food workers play in our nation's economic and public health systems. And yet, while we often tailor employment rules for work that has a special impact on the public, the law has yet to recognize food workers as a distinct class - an approach that harms consumers, the economy and the workers themselves.

Sick restaurant workers provide a particularly vivid example of the kind of legal reform that's needed. Until recently, very few restaurant workers had the legal right to paid sick time, which meant that many of them went to work very ill (last week voters in Massachusetts and three cities passed paid-sick-leave laws). Federal law can fix this problem by requiring employers to provide their workers with paid time off.

But restaurant workers aren't the only ones who need special treatment. All food workers are on the front lines of the vast food-production industry, and regularly witness dangerous breaches in safety procedures.

Take farm workers who witness the processing of infected (or "downer") cows - an illegal but, unfortunately, not uncommon practice that risks spreading a host of diseases to humans. Or workers in poultry-processing facilities, where safety and hygiene regulations are flouted, thus increasing the risk of salmonella, which every year results in more than 1 million illnesses, more than 350 deaths and over $3 billion in health care and lost productivity costs. Unless we offer specific legal protection for all food workers who come forward to expose such practices - something the law does not do now - we all are at risk.

We should also adjust many of our standard workplace rules to take account of the special nature of food production. To avoid the transmission of bovine spongiform encephalopathy, which causes mad cow disease, workers involved in the processing of beef must fully and carefully remove the dorsal root ganglion, a part of the spinal nerve, from all cattle that are 30 months old or older. That's because these dorsal root ganglia can contain the infective agent behind B.S.E.

This is high-stakes stuff, and we should make absolutely sure that the workers responsible for doing it aren't too worn out, or working too fast, to do it right. That means rethinking rules about line speeds, paid break time, union-organizing protections, vacations and, of course, training requirements. The same is true for agriculture workers who are ultimately responsible for making sure that we don't get salmonella, or for workers in supermarkets who monitor refrigeration protocols.

The basic problem is, neither state nor federal law today recognizes "food work" or "food workers" as legal categories. The Food Safety Modernization Act, which President Obama signed in 2011, gave whistle-blower protections to some food workers, but not to those who work in critical areas like beef and poultry. At the same time, many states have so-called ag-gag laws, which criminalize audio and video recording of agricultural production facilities, making it harder for certain food workers to blow the whistle. In any case, none of these laws recognize food work and food workers as distinct, comprehensive legal categories.

Once federal law recognizes food workers as a distinct legal category, it could then regulate food work and offer distinct protections to food workers. Such a move would not be entirely unprecedented in the law: We already treat nuclear workers, airline pilots and truck drivers differently because of the special nature of their work.

When it comes to food workers, some of the new protections would extend to everyone in the industry: Whistle-blower protections, for example, should be available to all food workers who report on practices related to food safety. Other protections might be more relevant to some food workers than others: Paid break and vacation time along with maximum hours, for example, seem potentially more critical in slaughterhouses than in restaurants, while paid sick leave might be more relevant in restaurants than in slaughterhouses.

Food workers are distinct from other workers in ways that are critical to food safety and public health, and they ought to be protected by the law in new ways. Otherwise, we run the risk that workers - charged with producing our food - will be unable to protect public safety. 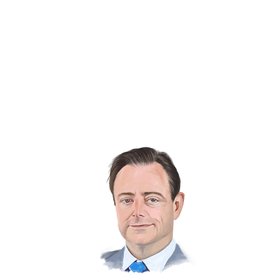 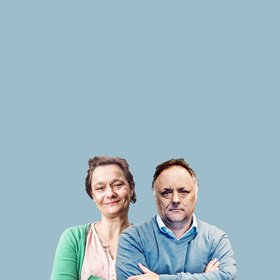