The spectacle of it alone is alluring: one of the world’s most famous women onstage for 90 commercial-free minutes alongside one of the country’s most recognizable men, in the ultimate convergence of celebrity and politics.

But with a presidential race that once seemed to be tipping in Clinton’s favor growing more competitive as early voting begins, the debate at Hofstra University in New York is far more than a made-for-TV moment.

Here is what to look for as the candidates try to motivate — or reassure — supporters and win over a small group of undecided voters:

Can Trump demonstrate he’s fit for the Oval Office?

With a showman’s flair for generating publicity and a firebrand’s talent for touching the rawest of nerves, Trump has effectively harnessed the angst of many in the country who are not feeling the effects of the economic upswing and those who have tired on an extended military campaign.

But surveys show that a majority of Americans still believe he is unqualified to be president. If Trump is to convince those voters who have doubts about his fitness for high office, but are uneasy with Clinton, the three debates represent his best opportunity to prove he can be trusted to serve as a head of state. He has to show discipline when it comes to how he engages Clinton, challenging her without belittling her, and at least show he is conversant on foreign and domestic policy issues.

Just as Ronald Reagan did in 1980 and George W. Bush did in 2000, Trump faces a threshold test about whether he is up to the job. But neither Reagan nor Bush faced the same level of doubt as Trump does today. The provocateur must show he can be a president.

Can Clinton hide her contempt for her opponent and her disbelief at being locked in such a close race?

It is no stretch to believe that in her internal monologue — and perhaps in intimate conversations — Clinton wonders how she could possibly be locked in a competitive contest with a casino executive turned reality TV personality who has never run for office and has no foreign policy experience. But if Clinton betrays any such incredulity — “Really, America, Donald Trump?” — she risks bringing what she may think is the unthinkable that much closer to reality.

Whether it is with her body language, her tone or her words, Clinton cannot appear contemptuous of the voters for considering the star of “The Apprentice” for the office of Washington, Jefferson and Lincoln. Just as Trump will undermine his prospects if he hurls insults at Clinton, she must mask her contempt for him and persuade, not scold, voters. She needs only to ask Al Gore about how effective eye-rolling and sighing is when contending with an opponent you can barely believe is on the same stage.

Can Trump perform for an extended period of time without a net?

If Clinton must guard against condescension, Trump has to worry about being exposed to a global audience as devoid of all but bluster. During the Republican primary race, he benefited from sharing a stage with numerous rivals, each of whom was eager for the airtime during a season in which Trump thoroughly dominated television news. Since his campaign’s low point this summer, when he was criticized for frequently taking his campaign off-script, Trump has put aside his mockery of politicians who use teleprompters and read from prepared text at even some of his most informal events.

But Trump now lacks safety in numbers on the stage. And when he looks into the camera on Monday evening, there will be no well-crafted words for him to read. He must summon the stamina to engage fully for 90 minutes and the knowledge to answer to a battery of policy questions from both the moderator, NBC’s Lester Holt, and Clinton. A long silence, a mistaken guess or an angry dismissal all would serve to reinforce one of his biggest vulnerabilities: that he knows next to nothing about substance.

Can Clinton overcome the trust issue with voters, especially those who remain on the fence?

Clinton has seen her advantage in the race erode in part because she is having difficulty locking in voters who should otherwise be hers. Just take a look at how many young voters are now indicating in polls that they support one of the third-party candidates or at the hostility the remaining undecided voters have toward Trump.

As Clinton has conceded, she must appeal to this portion of the electorate with an affirmative case for herself — not only slashing attacks on Trump. To win them over, she will need a ready answer when the inevitable question comes about her use of a private email server as secretary of state.

This moment presents an opportunity for her to not only address the narrow matter of her emails, but to offer an acknowledgment to on-the-fence voters that she has heard their concerns about her trustworthiness. She must show self-awareness about the perceptions of her character and the view that she personifies the detested political class. Clinton may be uncomfortable hanging a lantern on her problem, to borrow a Robert Kennedy phrase, but it would signal to reluctant, would-be supporters that she has heard their concerns.

How will the moderator perform under close scrutiny?

The two candidates will not be the only ones under the microscope at Hofstra: Holt is likely to face the sort of scrutiny rarely seen of debate moderators. With his willingness to breezily tell untruths, Trump presents a unique challenge to all journalists covering the campaign. But having to hold him accountable in real time while millions across the world watch is a burden of a different order of magnitude.

Holt cannot waver when Trump dissembles. But the NBC anchor also must be careful to not become argumentative and let Trump make him the story, evading the substance at hand. At the same time, Holt has to aggressively press Clinton and scrutinize her record and past statements.

Finding this balance — holding a norm-breaking politician to account while also not seeming to go any easier on his conventional opponent — would be difficult under the best of circumstances. But the pressure on Holt to control the stage has been heightened by the much-criticized performance from his NBC colleague, Matt Lauer, at a televised candidate forum this month. And there is something else adding to the weight on Holt: the presidency is on the line. 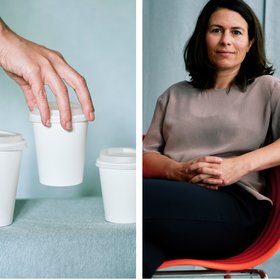