Only 10 weeks into his presidency, and at great risk to future generations, Donald Trump has ordered the demolition of most of President Barack Obama’s policies to combat climate change by reducing emissions from fossil fuels.

The assault began with Trump’s pledge in Detroit to roll back fuel efficiency standards for cars and trucks, continued with a stingy budget plan that would end funding for climate-related scientific programs and reached an unhappy apex Tuesday with an executive order that, among things, would rescind the centerpiece of Obama’s clean power strategy, a rule that would shut down hundreds of old coal-fired power plants and freeze the construction of new ones.

None of this was unexpected from a man who has described climate change as a hoax invented by the Chinese to destroy U.S. industry and who has surrounded himself with Cabinet officers and assistants who know or care little about the issue of global warming and its consequences — and who, in many cases, owe their political success to the largess of the oil, gas and coal companies.

Still, the gathering at the Environmental Protection Agency on Tuesday was deeply dismaying — and not only because of Trump’s tired complaints about job-killing regulations. Or his false promises of more jobs for coal workers whose industry is in irreversible decline because of cheaper natural gas and the tripling in capacity since 2008 of cleaner energy sources like wind and solar.

It was dismaying also because it repudiated the rock-solid scientific consensus that without swift action the consequences of climate change — rising seas, more devastating droughts, widespread species extinction — are likely to get steadily worse. It was dismaying because it reaffirmed the administration’s support for older, dirtier energy sources when all the economic momentum and new investment lies with newer, cleaner forms of energy. It was dismaying because it flew in the face of widespread public support for environmental protection — including the pleas of the executives of hundreds of major U.S. corporations who fear that without energy innovation their costs will rise and their competitive edge over foreign companies will be lost.

Perhaps most important, Trump’s ignorance has stripped America of its hard-won role as a global leader on climate issues. There was some relief that Trump did not use the occasion to withdraw the United States from the Paris agreement concluded in December 2015, when 195 nations came together for the first time in a collective effort to reduce greenhouse gases, in large part because of the tireless efforts of Obama and his secretary of state, John Kerry, to bring the Chinese and India along.

But the truth is that Trump has, for all practical purposes, repudiated Paris. The initiatives that he threatens to dismantle are the very ones that support Obama’s expansive pledge in Paris to reduce America’s greenhouse gas emissions by more than one quarter below 2005 levels by 2025. Without them, the United States will have neither the tools nor the credibility to lead the world on emissions reduction, and surely the leaders of China and India and the rest of the world are smart enough to see this.

This raises two very real dangers. Either other big countries also pull out of the agreement. Or they decide to seize the initiative on clean energy sources, which would be good for the climate but bad for U.S. industry.

Are there ways to avert this madness? Yes. Trump’s orders will not take effect right away. The EPA will need a year or longer to develop a replacement for the Clean Power Plan. Progressive states like California and New York will almost surely proceed with their own initiatives to reduce greenhouse gases. And then there is public opinion. It punished the Republicans severely in 1994 when Newt Gingrich and his allies tried to roll back environmental laws. It punished them again in 2008 after eight years of denialism and prevarication on climate change under George W. Bush and his fossil fuel acolyte, Dick Cheney. There is time enough before Trump’s ignorance translates into actual policy for the public to make its opposition to this anti-science agenda felt again.

Republicans just made clear how little they care about protecting the privacy of Americans by letting companies like Verizon and Comcast sell advertisers the internet browsing histories and other personal data of their customers without getting permission. The move could bolster the profits of the telecommunications industry by billions of dollars.

Following a party-line vote in the Senate last week, the House approved a resolution Tuesday that would overturn a broadband privacy regulation the Federal Communications Commission adopted in October. That rule requires cable and phone companies to obtain consent before using information like which websites people visited to show them customized ads and to build detailed profiles on them. The White House said Tuesday that President Donald Trump would sign the legislation, which would also prohibit the FCC from adopting a similar policy in the future.

Most Americans spend much of their lives online. They should be able to do so without fear that their internet service providers are logging their activities and selling the data. There is a long tradition of the government protecting such information. For example, the FCC has long restricted what phone companies can do with call records. And in 1988 Congress prohibited video stores from disclosing the movies people rented.

Republican lawmakers, like Sen. Jeff Flake, of Arizona, and the chairman of the FCC, Ajit Pai, say that the commission’s privacy rule is unfair because it applies only to broadband companies and not to internet businesses like Google and Facebook. This is highly disingenuous. Congress has only given the commission authority over telecommunications companies, so the FCC couldn’t have come up with rules that applied to other businesses even if it wanted to.

Telecom companies know a lot about what people do online because they are the gatekeepers through which people connect to the internet. And as people link household devices like thermostats, light bulbs and security cameras to the internet, these companies will have even more intimate knowledge about their customers. By comparison, people can more easily evade tracking by businesses like Google and Facebook by not using those services or by deleting the cookies those websites leave on their computers and phones.

In the absence of strong privacy rules, people will have to rely on encryption to prevent service providers from tracking them. But broadband companies would still know what websites people visit. And the companies would be able to see all of the communications between users and websites that do not use encryption. Sophisticated users might increasingly rely on virtual private networks, which are used by corporations to let their employees log into secure systems remotely, and other tools to mask their activities, but most Americans are unlikely to be conversant with such tricks of the trade.

Trump promised voters during the campaign that he would protect the working class. But now he and his party are moving quickly to do the bidding of a very different interest group: Big Telecom.

The Justices Keep Tinkering With Death

It’s been more than two decades since Justice Harry Blackmun renounced the death penalty, calling it a “failed” experiment and writing that “I no longer shall tinker with the machinery of death.” By refusing to stop the use of capital punishment, the Supreme Court has consigned itself to tinkering with the death machine, trying in vain to make a barbaric, irrational system appear predictable and just.

The latest tweak came Tuesday, when the court tossed out the death sentence of Bobby James Moore, who was convicted in 1980 for murdering a supermarket clerk during a robbery. Moore has intellectual disabilities — among other things, his IQ is in the 70s, he “lacked basic understanding of the days of the week, the months of the year and the seasons” at the age of 13, and he failed out of ninth grade.

After the Supreme Court barred the execution of people with intellectual disabilities in 2002, Moore challenged his death sentence. A state court ruled in his favor, finding that under current medical standards Moore was so disabled that executing him would violate the Eighth Amendment’s ban of cruel and unusual punishments.

The Texas Court of Criminal Appeals, the state’s highest court for criminal cases, reversed that decision. The lower court, it said, had mistakenly applied a newer definition of intellectual disability. But Texas case law relied on an older definition and used a seven-factor test drawn up by a judge in 2004 to determine whether someone has sufficiently severe disabilities to be spared. For example, it asks, “Has the person formulated plans and carried them through or is his conduct impulsive?” Because Moore mowed lawns, played pool and took part in the planning of the robbery, the court found that he could be executed.

The Supreme Court gives states a good amount of room to set their own intellectual-disability standards, but on Tuesday it found that Texas had crossed the line.

Writing for five members of the court, Justice Ruth Bader Ginsburg said the state’s approach was unconnected to modern medical consensus. Even the dissenting justices — Chief Justice John Roberts Jr. and Justices Clarence Thomas and Samuel Alito Jr. — agreed that the seven-factor test wasn’t acceptable. Instead, they argued, Moore’s IQ score was high enough to render him fit for execution.

Tuesday’s decision was good for Moore and perhaps a handful of other inmates, although it came too late for many others. More than anything, it drove home the futility of the tortured, macabre exercises the court engages in whenever it deals with capital punishment.

The real question is not whether Moore’s IQ is 69 or 74, or whether he knows the difference between Monday and Thursday — it’s why a few states still insist on engaging in a practice that the rest of the developed world rejected long ago, and why the Supreme Court refuses to end it for good. 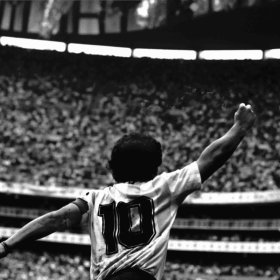 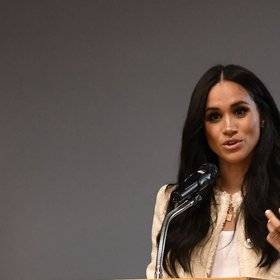