In an announcement that outraged environmentalists and brought grudging cheers from the oil and gas industry, the Interior Department unveiled the latest part of its five-year plan for the government to sell leases for oil and gas development in federal waters from 2017 to 2022.

The plan would open up one lease sale area off the southeast stretch of the Atlantic Seaboard, an area the oil industry has long hungered to exploit. It would also open new portions of the Gulf of Mexico, which is already open to drilling. And in a move that appeased environmentalists but angered Alaskan Republicans, it will ban drilling in portions of the Arctic Ocean's Beaufort and Chukchi seas.

"This is a balanced proposal that would make available nearly 80 percent of the undiscovered technically recoverable resources, while protecting areas that are simply too special to develop," the interior secretary, Sally Jewell, said in a statement.

Environmentalists said opening the Atlantic waters would put the coasts of Virginia, the Carolinas and Georgia at risk for an environmental disaster like the BP spill that struck the Gulf Coast in 2010, when millions of barrels of oil washed ashore after the explosion of the Deepwater Horizon rig. Advocacy groups in those states said that the drilling could harm tourism, fishing and other coastal industries that are already major drivers of the Southeastern economy.

But lawmakers from both parties in those coastal states have pushed for years to open their waters for drilling. The Interior Department estimates there are 3.3 billion barrels of recoverable oil on the Atlantic's outer continental shelf and 31.3 trillion cubic feet of natural gas.

The estimates are based on seismic surveys done in the early 1980s, and energy industry experts say the true reserves may be far higher. In opening up the waters to drilling, coastal states see the opportunity for billions of dollars in new revenue and royalties to flow from oil companies to state coffers, which would help pay for roads and schools, and fill in budget shortfalls left by the recession.

For the president, the proposal is a new chapter in his complex and evolving environmental legacy. In announcing the drilling now, he is trying to achieve a balancing act on energy and the environment that he failed to achieve in his first term, in large part because of the BP disaster. Throughout his six years in office, he has tried to push a sweeping, aggressive and controversial plan to fight climate change while offering an appeasement to his opponents in the oil industry and the Republican Party.

"He giveth, and he taketh away," said Kevin Book, an analyst at Clearview Energy Partners, a Washington analysis firm, of the president's strategy. "The pairing of environmental policy with energy policy is something that, conceptually, this administration has done since the first term. Sometimes it looks like a balancing act, sometimes it's serendipitous."

In early 2010, while trying to push a climate change bill through the Senate, Obama's Interior Department put forth its first five-year plan for oil and gas development, which opened up the Atlantic coast for offshore drilling. The pairing of the two policies was done to ease opposition from Senate Republicans to the climate change bill. But after the deadly April 2010 explosion of the Deepwater Horizon, Obama withdrew the proposal for Atlantic drilling. A few months later the climate bill died in the Senate.

Five years later he is trying again, this time trying to force through a historic climate change policy by using his executive authority to push Environmental Protection Agency regulations on planet-warming emissions from coal-fired power plants. The regulations, if enacted, could force states to shutter hundreds of coal plants in a transition to clean and renewable energy, and they have prompted fierce opposition from Republican governors.

But the new offshore drilling plan won praise from some of them.

Gov. Pat McCrory of North Carolina, a Republican who is a fiercely conservative opponent of Obama's energy and climate change policies, said in a statement Tuesday that Obama was "taking a step in the right direction to help North Carolina become a significant energy-producing state."

McCrory added that oil and gas drilling would "create thousands of good paying jobs, spur activity in a host of associated industries, generate billions of dollars in tax revenue and move America closer to energy independence."

McCrory and other Southeastern governors envision a future in which new offshore drilling stimulates job growth and new onshore industries that support it, aligning Virginia, North and South Carolina and Georgia with states like Texas and Louisiana as major offshore oil producers.
But local advocacy groups fear not only oil spills but also the destruction of a distinctive coastal economy.

"Risky drilling off our Southern coasts jeopardizes the communities, jobs and beloved beaches that are the very heart of our coastal states," said Sierra Weaver, a senior attorney with the Southern Environmental Law Center. "Our coastal economies are the backbone of hundreds of towns and cities along the Southern coast, providing thousands of jobs, multibillion-dollar tourism industries, multimillion-dollar fishing industries, and critical local tax revenues."

Administration officials pointed out Tuesday that the proposal would be subject to revision. Interior Department officials said they expected to hold over 20 public hearings on the plan, but it does not require congressional approval. Weaver said environmental groups would gear up to fight the proposals.

Environmental advocates noted that since the 2010 BP spill, Congress has not passed any new law intended to tighten safety regulations on the offshore oil industry. But Interior Department officials said they were planning to put forth new regulations ahead of the new drilling.

"As a result of that incident, there were investigations to reduce the likelihood of problems in the future," said Janice Schneider, the Interior Department's assistant secretary for land and minerals management. Schneider said the agency was working with the industry to develop regulations on improved technology to prevent blowouts in offshore drilling rigs.

"We are working actively to get those proposed rules out on the street as soon as possible, and working with industry to ensure those rules reflect the best technology," she said.

Interior Department officials said the drilling in the Atlantic would take place a minimum of 50 miles offshore so that it would not get in the way of the Navy's military exercises, offshore wind turbines, and commercial and recreational fishing.

Jewell said that since so little was known about the proposed Atlantic lease sale areas, the coming years would be devoted to exploration of the area to determine the extent of its oil and gas resources, and ecological sensitivity. She said that the government was unlikely to sell a drilling lease before 2021, meaning it could be a decade before new drilling begins.

"In the Atlantic, we know very little,'' she said. 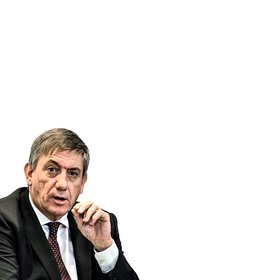 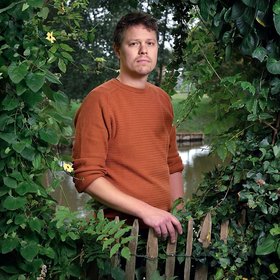