Why did Prime Minister Benjamin Netanyahu of Israel feel the need to wag the dog in Washington? For that was, of course, what he was doing in his anti-Iran speech to Congress. If you're seriously trying to affect U.S. foreign policy, you don't insult the president and so obviously align yourself with his political opposition. No, the real purpose of that speech was to distract the Israeli electorate with saber-rattling bombast, to shift its attention away from the economic discontent that, polls suggest, may well boot Netanyahu from office in Tuesday's election.

But wait: Why are Israelis discontented? After all, Israel's economy has performed well by the usual measures. It weathered the financial crisis with minimal damage. Over the longer term, it has grown more rapidly than most other advanced economies and has developed into a high-technology powerhouse. What is there to complain about?

The answer, which I don't think is widely appreciated here, is that while Israel's economy has grown, this growth has been accompanied by a disturbing transformation in the country's income distribution and society. Once upon a time, Israel was a country of egalitarian ideals - the kibbutz population was always a small minority, but it had a large impact on the nation's self-perception. And it was a fairly equal society in reality, too, right up to the early 1990s.

Since then, however, Israel has experienced a dramatic widening of income disparities. Key measures of inequality have soared; Israel is now right up there with America as one of the most unequal societies in the advanced world. And Israel's experience shows that this matters, that extreme inequality has a corrosive effect on social and political life.

Consider what has happened at either end of the spectrum - the growth in poverty, on one side, and extreme wealth, on the other.

According to Luxembourg Income Study data, the share of Israel's population living on less than half the country's median income - a widely accepted definition of relative poverty - more than doubled, to 20.5 percent from 10.2 percent, between 1992 and 2010. The share of children in poverty almost quadrupled, to 27.4 percent from 7.8 percent. Both numbers are the worst in the advanced world, by a large margin.

And when it comes to children, in particular, relative poverty is the right concept. Families that live on much lower incomes than those of their fellow citizens will, in important ways, be alienated from the society around them, unable to participate fully in the life of the nation. Children growing up in such families will surely be placed at a permanent disadvantage.

At the other end, while the available data - puzzlingly - don't show an especially large share of income going to the top 1 percent, there is an extreme concentration of wealth and power among a tiny group of people at the top. And I mean tiny. According to the Bank of Israel, roughly 20 families control companies that account for half the total value of Israel's stock market. The nature of that control is convoluted and obscure, working through "pyramids" in which a family controls a firm that in turn controls other firms and so on. Although the Bank of Israel is circumspect in its language, it is clearly worried about the potential this concentration of control creates for self-dealing.

Still, why is Israeli inequality a political issue? Because it didn't have to be this extreme.

You might think that Israeli inequality is a natural outcome of a high-tech economy that generates strong demand for skilled labor - or, perhaps, reflects the importance of minority populations with low incomes, namely Arabs and ultrareligious Jews. It turns out, however, that those high poverty rates largely reflect policy choices: Israel does less to lift people out of poverty than any other advanced country - yes, even less than the United States.

Meanwhile, Israel's oligarchs owe their position not to innovation and entrepreneurship but to their families' success in gaining control of businesses that the government privatized in the 1980s - and they arguably retain that position partly by having undue influence over government policy, combined with control of major banks.

In short, the political economy of the promised land is now characterized by harshness at the bottom and at least soft corruption at the top. And many Israelis see Netanyahu as part of the problem. He's an advocate of free-market policies; he has a Chris Christie-like penchant for living large at taxpayers' expense, while clumsily pretending otherwise.

So Netanyahu tried to change the subject from internal inequality to external threats, a tactic those who remember the Bush years should find completely familiar. We'll find out on Tuesday whether he succeeded. 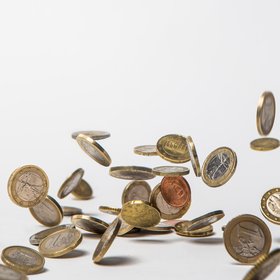