Last week I participated in a conference organized by Rethinking Economics, a student-run group hoping to promote, you guessed it, a rethinking of economics. And Mammon knows that economics needs rethinking in the wake of a disastrous crisis, a crisis that was neither predicted nor prevented.

It seems to me, however, that it's important to realize that the enormous intellectual failure of recent years took place at several levels. Clearly, economics as a discipline went badly astray in the years - actually decades - leading up to the crisis. But the failings of economics were greatly aggravated by the sins of economists, who far too often let partisanship or personal self-aggrandizement trump their professionalism. Last but not least, economic policymakers systematically chose to hear only what they wanted to hear. And it is this multilevel failure - not the inadequacy of economics alone - that accounts for the terrible performance of Western economies since 2008.

In what sense did economics go astray? Hardly anyone predicted the 2008 crisis, but that in itself is arguably excusable in a complicated world. More damning was the widespread conviction among economists that such a crisis couldn't happen. Underlying this complacency was the dominance of an idealized vision of capitalism, in which individuals are always rational and markets always function perfectly.

Now, idealized models have a useful role to play in economics (and indeed in any discipline), as ways to clarify your thinking. But starting in the 1980s it became harder and harder to publish anything questioning these idealized models in major journals. Economists trying to take account of imperfect reality faced what Harvard's Kenneth Rogoff, hardly a radical figure (and someone I've sparred with) once called "new neoclassical repression." And it should go without saying that assuming away irrationality and market failure meant assuming away the very possibility of the kind of catastrophe that overtook the developed world six years ago.

Still, many applied economists retained a more realistic vision of the world, and textbook macroeconomics, while it didn't predict the crisis, did a pretty good job of predicting how things would play out in the aftermath. Low interest rates in the face of big budget deficits, low inflation in the face of a rapidly growing money supply, and sharp economic contraction in countries imposing fiscal austerity came as surprises to the talking heads on TV, but they were just what the basic models predicted under the conditions that prevailed postcrisis.

But while economic models didn't perform all that badly after the crisis, all too many influential economists did - refusing to acknowledge error, letting naked partisanship trump analysis, or both. "Hey, I claimed that another depression wasn't possible, but I wasn't wrong, it's all because businesses are reacting to the future failure of Obamacare."

You might say that this is just human nature, and it's true that while the most shocking intellectual malfeasance has come from conservative economists, some economists on the left have also seemed more interested in defending their turf and sniping at professional rivals than in getting it right. Still, this bad behavior has come as a shock, especially to those who thought we were having a real conversation.
But would it have mattered if economists had behaved better? Or would people in power have done the same thing regardless?

If you imagine that policymakers have spent the past five or six years in thrall to economic orthodoxy, you've been misled. On the contrary, key decision-makers have been highly receptive to innovative, unorthodox economic ideas - ideas that also happen to be wrong but which offered excuses to do what these decision-makers wanted to do anyway.

The great majority of policy-oriented economists believe that increasing government spending in a depressed economy creates jobs, and that slashing it destroys jobs - but European leaders and U.S. Republicans decided to believe the handful of economists asserting the opposite. Neither theory nor history justifies panic over current levels of government debt, but politicians decided to panic anyway, citing unvetted (and, it turned out, flawed) research as justification.

I'm not saying either that economics is in good shape or that its flaws don't matter. It isn't, they do, and I'm all for rethinking and reforming a field.

The big problem with economic policy is not, however, that conventional economics doesn't tell us what to do. In fact, the world would be in much better shape than it is if real-world policy had reflected the lessons of Econ 101. If we've made a hash of things - and we have - the fault lies not in our textbooks, but in ourselves. 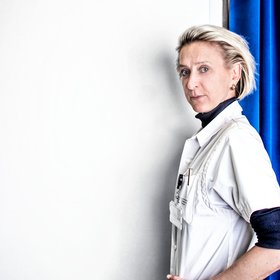