The Greek fiscal crisis erupted five years ago, and its side effects continue to inflict immense damage on Europe and the world. But I'm not talking about the side effects you may have in mind - spillovers from Greece's Great Depression-level slump or financial contagion to other debtors. No, the truly disastrous effect of the Greek crisis was the way it distorted economic policy, as supposedly serious people around the world rushed to learn the wrong lessons.

Now Greece appears to be in crisis again. Will we learn the right lessons this time?

What happened last time, you may recall, was the exploitation of Greece's woes to change the economic subject. Suddenly, we were supposed to obsess over budget deficits, even if borrowing costs were at historic lows, and slash government spending, even in the face of mass unemployment. Because if we didn't, you see, we could turn into Greece any day now. "Greece stands as a warning of what happens to countries that lose their credibility," intoned David Cameron, Britain's prime minister, as he announced austerity policies in 2010. "We are on the same path as Greece," declared Rep. Paul Ryan, who was soon to become the chairman of the House Budget Committee, that same year.

In reality, Britain and the United States, which borrow in their own currencies, were and are nothing like Greece. If you thought otherwise in 2010, by now year after year of incredibly low interest rates and low inflation should have convinced you. And the experience of Greece and other European countries that were forced into harsh austerity measures should also have convinced you that slashing spending in a depressed economy is a really bad idea if you can avoid it. This is true even in the supposed success stories - Ireland, for example, is finally growing again, but it still has almost 11 percent unemployment and twice that rate among young people.

And the devastation in Greece is awesome to behold. Some press reports I've seen seem to suggest that the country has been a malingerer, balking at the harsh measures its situation demands. In reality, it has made huge adjustments - slashing public employment and compensation, cutting back social programs, raising taxes. If you want a sense of the scale of austerity, it would be as if the United States had introduced spending cuts and tax increases amounting to more than $1 trillion a year. Meanwhile, wages in the private sector have plunged. Yet a quarter of the Greek labor force, and half its young, remain unemployed.

Meanwhile, the debt situation has if anything gotten worse, with the ratio of public debt to GDP at a record high - mainly because of falling GDP, not rising debt - and with the emergence of a big private debt problem, thanks to deflation and depression. There are some positives; the economy is growing a bit, finally, largely thanks to a revival of tourism. But, overall, it has been many years of suffering for very little reward.

The remarkable thing, given all that, has been the willingness of the Greek public to take it, to accept the claims of the political establishment that the pain is necessary and will eventually lead to recovery. The news that has roiled Europe these past few days is that the Greeks may have reached their limit. The details are complex, but basically the current government is trying a fairly desperate political maneuver to put off a general election. And, if it fails, the likely winner in that election is Syriza, a party of the left that has demanded a renegotiation of the austerity program, which could lead to a confrontation with Germany and exit from the euro.

The important point here is that it's not just the Greeks who are mad as Hellas (their own name for their country) and aren't going to take it anymore. Look at France, where Marine Le Pen, the leader of the anti-immigrant National Front, outpolls mainstream candidates of both right and left. Look at Italy, where about half of voters support radical parties like the Northern League and the Five-Star Movement. Look at Britain, where both anti-immigrant politicians and Scottish separatists are threatening the political order.

It would be a terrible thing if any of these groups - with the exception, surprisingly, of Syriza, which seems relatively benign - were to come to power. But there's a reason they're on the rise. This is what happens when an elite claims the right to rule based on its supposed expertise, its understanding of what must be done - then demonstrates both that it does not, in fact, know what it is doing and that it is too ideologically rigid to learn from its mistakes.

I have no idea how events in Greece are about to turn out. But there's a real lesson in its political turmoil that's much more important than the false lesson too many took from its special fiscal woes. 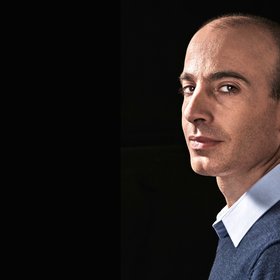