Amazon.com, the giant online retailer, has too much power, and it uses that power in ways that hurt America.

OK, I know that was kind of abrupt. But I wanted to get the central point out there right away, because discussions of Amazon tend, all too often, to get lost in side issues.
For example, critics of the company sometimes portray it as a monster about to take over the whole economy. Such claims are over the top - Amazon doesn't dominate overall online sales, let alone retailing as a whole, and probably never will. But so what? Amazon is still playing a troubling role.

Meanwhile, Amazon's defenders often digress into paeans to online bookselling, which has indeed been a good thing for many Americans, or testimonials to Amazon customer service - and in case you're wondering, yes, I have Amazon Prime and use it a lot. But again, so what? The desirability of new technology, or even Amazon's effective use of that technology, is not the issue. After all, John D. Rockefeller and his associates were pretty good at the oil business, too - but Standard Oil nonetheless had too much power, and public action to curb that power was essential.

And the same is true of Amazon today.

If you haven't been following the recent Amazon news: Back in May a dispute between Amazon and Hachette, a major publishing house, broke out into open commercial warfare. Amazon had been demanding a larger cut of the price of Hachette books it sells; when Hachette balked, Amazon began disrupting the publisher's sales. Hachette books weren't banned outright from Amazon's site, but Amazon began delaying their delivery, raising their prices, and/or steering customers to other publishers.

You might be tempted to say that this is just business - no different from Standard Oil, back in the days before it was broken up, refusing to ship oil via railroads that refused to grant it special discounts. But that is, of course, the point: The robber baron era ended when we as a nation decided that some business tactics were out of line. And the question is whether we want to go back on that decision.

Does Amazon really have robber-baron-type market power? When it comes to books, definitely. Amazon overwhelmingly dominates online book sales, with a market share comparable to Standard Oil's share of the refined oil market when it was broken up in 1911. Even if you look at total book sales, Amazon is by far the largest player.

So far Amazon has not tried to exploit consumers. In fact, it has systematically kept prices low, to reinforce its dominance. What it has done, instead, is use its market power to put a squeeze on publishers, in effect driving down the prices it pays for books - hence the fight with Hachette. In economics jargon, Amazon is not, at least so far, acting like a monopolist, a dominant seller with the power to raise prices. Instead, it is acting as a monopsonist, a dominant buyer with the power to push prices down.
And on that front its power is really immense - in fact, even greater than the market share numbers indicate. Book sales depend crucially on buzz and word of mouth (which is why authors are often sent on grueling book tours); you buy a book because you've heard about it, because other people are reading it, because it's a topic of conversation, because it's made the best-seller list. And what Amazon possesses is the power to kill the buzz. It's definitely possible, with some extra effort, to buy a book you've heard about even if Amazon doesn't carry it - but if Amazon doesn't carry that book, you're much less likely to hear about it in the first place.

So can we trust Amazon not to abuse that power? The Hachette dispute has settled that question: no, we can't.

It's not just about the money, although that's important: By putting the squeeze on publishers, Amazon is ultimately hurting authors and readers. But there's also the question of undue influence.

Specifically, the penalty Amazon is imposing on Hachette books is bad in itself, but there's also a curious selectivity in the way that penalty has been applied. Last month The Times' Bits blog documented the case of two Hachette books receiving very different treatment. One is Daniel Schulman's "Sons of Wichita," a profile of the Koch brothers; the other is "The Way Forward," by Paul Ryan, who was Mitt Romney's running mate and is chairman of the House Budget Committee. Both are listed as eligible for Amazon Prime, and for Ryan's book Amazon offers the usual free two-day delivery. What about "Sons of Wichita"? As of Sunday, it "usually ships in 2 to 3 weeks." Uh-huh.

Which brings us back to the key question. Don't tell me that Amazon is giving consumers what they want, or that it has earned its position. What matters is whether it has too much power, and is abusing that power. Well, it does, and it is. 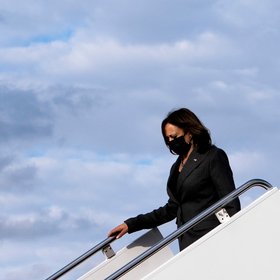 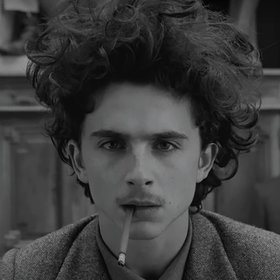