“Should another nuclear test take place, there is that possibility,” Nam Jae-cheol, director of the Korea Meteorological Administration, told lawmakers inquiring about the potential for radioactive fallout.

North Korea has conducted six nuclear tests since 2006, all of them in tunnels buried deep under Mount Mantap in Punggye-ri, in North Hamgyong province.

Fears that the repeated nuclear explosions might be destabilizing the mountain have spread since the North’s latest and most powerful nuclear test Sept. 3. The test produced between 50 and 300 kilotons of explosive energy, according to government and private estimates. In comparison, the bomb dropped on Hiroshima, Japan, during World War II produced 15 kilotons.

Since the newest test, authorities have detected four minor tremors from the test site, which some experts attributed to underground cave-ins caused by the powerful explosion. Commercial satellite imagery has also shown landslides and other earth deformations at the site.

An analysis of satellite imagery found a cavity as much as 300-feet wide under Mount Mantop, Nam told lawmakers Monday during a parliamentary audit of his agency.

On Friday, The South China Morning Post reported that researchers at the Institute of Geology and Geophysics, an arm of the Chinese Academy of Sciences, had warned their North Korean counterparts of an implosion at the test site, 50 miles from the border with China.

A day after the Sept. 3 test, the newspaper quoted a senior Chinese nuclear scientist who warned that a future test could blow the top off Mount Mantop, causing radioactive contamination of the atmosphere.

Writing for the website 38 North, researchers Frank V. Pabian and Jack Liu warned this month against “speculative fears,” saying that post-test tremors were not unusual. There was no reason to believe that North Korea would abandon Punggye-ri as a nuclear testing site, they said.

“While radioactive material would be released into the environment if the collapse occurred right after a test, the amount of fallout, even from a weapon in the 100 kiloton range, would likely only cause significant contamination in the vicinity of the site and perhaps a few hundred miles downwind,” said Edwin Lyman, a senior scientist at the Union of Concerned Scientists, which is based in Cambridge, Massachusetts.

“Nevertheless, any amount of radioactive contamination of the environment from North Korea’s abhorrent nuclear test program is unacceptable and would add insult to injury,” he said.

The United States and its allies are accelerating their global campaign to apply sanctions and pressure against North Korea. 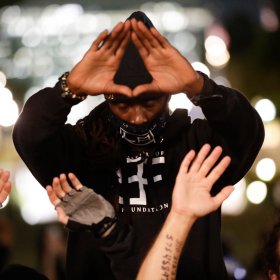 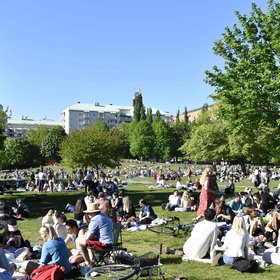