In the not too distant past, Playboy and Penthouse each sold 5 million or more copies a month and were so much a part of the culture that in 1986 a federal judge ruled that denying blind people a Braille version of Playboy violated their First Amendment rights.

But traditional pornographic magazines have been hit hard, falling victim to boundless quantities of nudity online and rapidly declining print sales. Last summer, Larry Flynt, the founder of Hustler, acknowledged that the print version of his magazine was not going to be around much longer.

Still, while these older magazines have retrenched and moved online, a newer breed has taken their place in specialty magazine stores and independent booksellers. About a dozen newer sex-themed magazines, often with predominantly female editorial staffs, are blending nudity with art, fashion and philosophy. They include Adult and 25 from New York, Irène from Paris and Extra Extra out of Rotterdam.

Although they remain focused on the naked body, these relatively new magazines are seeking to move sex in print periodicals from under the mattress up onto the coffee table. In stark contrast to online pornography, with much of it free, these niche publications sell for a premium - often more than $20 - to thousands of people, or tens of thousands, rather than millions.

Playboy, which at one time sold almost 6 million copies a month in the United States, now sells about 1 million, according to the Alliance for Audited Media. Penthouse, which sold nearly 5 million copies, sells about 100,000. The biggest of the newer magazines, a venerable French publication called Lui, has sold as many as 350,000 in France.

Despite their relatively small audience, the magazines are influencing the direction of the pornography industry, according to Theo Sapoutzis, chief executive of the industry magazine and trade organization Adult Video News.

"They have an elegant style," Sapoutzis said.

"The difference between porn and erotica is the lighting," said Sarah Nicole Prickett, one of Adult magazine's founders, quoting former sex actress Gloria Leonard. Prickett and another co-founder, Berkeley Poole, said they sought to create an atmosphere that is very different from online pornography or the sex advice in women's magazines like Cosmopolitan or digital dating apps like Grindr and Tinder, which ask you to swipe images. Adult, for example, recently published an account of a straight man's youthful dalliance with homosexuality. There are photographs by John Edmonds, an employee of a public library in Washington who takes nude portraits of young men, some of whom he knows and others whom he persuades to be photographed. The magazine's sex columnist, Chelsea G. Summers, is in her 50s rather her 20s.

A print magazine "has the power to make you stop and look at an image and consider it," Prickett said. "It makes you assume that something is beautiful rather than just affirming your unconscious view of what is beautiful, like those swiping things," she said, referring to Grindr and Tinder. Kate Lanphear, the new editor of Maxim - a men's magazine rather than a pornographic one, but one that has traditionally featured scantily clad women - takes a similar view. Her move last year to Maxim from The New York Times' T magazine, where she was women's style director, surprised many.

"The Internet can feel like such a numbing parade of bodies, and print offers you the chance to do something more thoughtful and leave something to the imagination again," Lanphear said. "Sexiness," she added, "is mysterious." Lanphear, who said that it was too early to disclose her exact plans for Maxim, did say that her aim "is to have women represented in a healthy confident and energetic way."

Even Playboy has adopted a more artistic sensibility with a recent update. The magazine, which still features Playmates of the Month and other naked women, celebrated its 60th anniversary with model Kate Moss on the cover. It also collaborated with the pop artist Richard Phillips on an art installation in Marfa, Texas.

In Europe, Frédéric Beigbeder, a French novelist who has been compared to Bret Easton Ellis and Jay McInerney, recently revamped Lui magazine, a kind of French equivalent of Playboy. Its pages include contributions by many of the writers and photographers who make up the Paris fashion and cultural establishment, and it has featured the models Gisele Bündchen and Laetitia Casta on the cover.

Beigbeder, the editor-in-chief, said he was modeling Lui after Playboy in its heyday, when it was known, in part, for featuring writing by the likes of Saul Bellow, Vladimir Nabokov and Joyce Carol Oates.

"We chose to do something very glamorous, very high society," he said. "It is a tribute to the '60s and '70s. That was the big era for Playboy."

At Casa Magazines, a store in Manhattan packed from floor to ceiling with almost every imaginable incarnation of the printed word, traditional pornographic magazines used to be big sellers. But in recent years, "we only get five or 10 people buying these a month," said Mohammed Imran, an employee, gesturing at a cramped shelf of half a dozen or so titles clearly aimed at men.

Now, instead of stealth buyers seeking only nudity, Imran said, the store gets unapologetic browsers of magazines like Adult and Treats, a similar publication based in Los Angeles. Imran said he believed that his customers bought these titles not for the naked women, but for their artistic sensibility.

"Mostly," he said, pointing toward a stack of the newer kind of magazines, "they buy these ones for the photography." 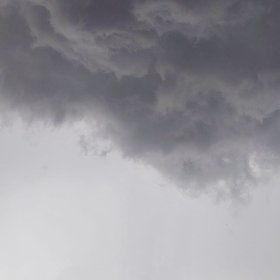