Leonel Castro, 19, the oldest of seven siblings, vowed to use his salary to help his impoverished family. Júlio César, 19, thought he could run a school one day and ensure the best for the next generation. Adán Abraham de la Cruz, 23, wanted to put his computer skills to good use in the classroom.

"He was just preparing himself to get ahead like any young person would do," said de la Cruz's father, Bernabé.

Now, they are among 43 students reported missing after deadly clashes with the police on Sept. 26, when at least six student protesters and bystanders were killed in the restive, rural state of Guerrero, one of the poorest in the country and long afflicted by political, social and criminal upheaval.

The state prosecutor investigating why the police opened fire on students from their vehicles has found mass graves in Iguala - the small industrial city where the confrontations occurred - containing 28 badly burned and dismembered bodies.
The prosecutors had already arrested 22 police officers after the clashes, saying the officers secretly worked for, or were members of, a local gang. Now they are investigating whether the police apprehended the students after the confrontation and deliberately turned them over to the local gang. Two witnesses in custody told prosecutors that the gang then killed the protesters on the orders of a leader known as El Chucky.

"I saw police trucks go up and down the hill to up there, where the bodies are found," said one man in the neighborhood near the site who declined to give his name out of fear. "Then came the news they found the grave and it may be the students. But you would be a fool around here to accuse the police and expect to live."

Even in a country accustomed to mass killings, the case has generated alarm, both for the possible involvement of the police and for the fact that the students were not known to have criminal ties. Miguel Martínez, a representative for the families, said students at the school had fought back against extortion attempts by gangs last year, but it was not clear if that could have made them a target now.

The students, by many accounts, had been soliciting money in Iguala for an Oct. 2 demonstration rejecting cuts to their state-financed school, which opened in 1926 and has long played a role in local social justice movements. Such student demonstrations are part of a well-known militancy that goes back decades and has provoked violence in the past. It did again this time, as students got into a skirmish with the police when they tried to steal buses to take to and from the demonstration, human rights groups said.

The mayor and the police chief of Iguala are now on the run, having disappeared after being subpoenaed in the case, and the governor of the state confirmed that the local gang, known as Guerreros Unidos, had infiltrated the police force in Iguala, as well as other police departments in the state.

The specter of corrupted police has haunted Mexico for years. But these disappearances come at a time when President Enrique Peña Nieto is already confronting the prosecution of at least three soldiers charged with homicide in another recent case - the shooting death of 22 people captured in a warehouse in June.

"I feel deeply outraged and dismayed," Peña Nieto told reporters Monday, referring to the violence here and dispatching the attorney general and other federal forces to the region. "I regret, in particular, the violence that occurred and especially that it was young students who were affected and whose rights were violated in the city of Iguala."

Peña Nieto's predecessor, Felipe Calderón, also faced wave after wave of police corruption scandals, with some entire local forces dismissed. But experts say that, even as violence soared, both administrations fell behind in putting in place measures to hold law enforcement authorities accountable.

Only this year did Mexico pass a law allowing members of the military to be tried in civilian courts for human rights abuses, and many feel that Peña Nieto has been more focused on shifting the dialogue to Mexico's economy than on fighting corruption and improving security.

"A serious and sustained effort at reforming local police agencies has been a pending agenda for a long time in Mexico," said Matthew C. Ingram, an assistant professor at the University at Albany who studies justice in Mexico. "As long as local, municipal police agencies remain weak, they will not have the capacity to generate public trust or resist corruption and capture."

Here at the small, 500-student mountaintop teachers college, Escuela Normal Rural Raúl Isidro Burgos, where cows and stray dogs roam freely and walls are adorned with slogans like "protest is a right, repression is a crime," a hodgepodge of human rights and radical groups and representatives of the families have vowed paralyzing strikes across the country on Wednesday to keep the pressure on the authorities for answers.
Parents of the missing students doubt the effectiveness of state investigators. A team of forensic experts from Argentina with long experience in mass disappearance cases has arrived, and on Monday it began interviewing family members and collecting other data as part of an independent investigation, though it was unclear if the experts would have access to the bodies found.

States officials said it could take at least two weeks and possibly longer to identify the remains because of their poor condition.

And if the bodies are not those of the missing students, the question remains: Where did they come from?

Several parents said they still hoped their children would be found alive. Although the number of missing has fluctuated, the current list of 43 was developed after students and human rights representatives said they had called family members and friends and searched school grounds and other places, failing to account for 43 classmates.
"We have to keep looking and praying," said Santa Cruz Castro, the father of Leonel. 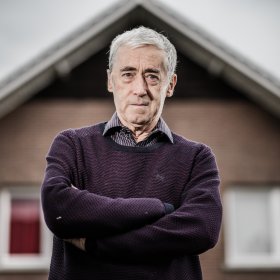