Nadella, the chief executive of Microsoft, suggested Thursday that women who do not ask for more money from their employers would be rewarded in the long run when their good work was recognized. The comments, made at the Grace Hopper Celebration of Women in Computing in Phoenix, drew swift and negative responses on Twitter.

Nadella's comments come at a time when the tech industry, long viewed as unfriendly to potential employees who are women or minorities, has started to work toward diversifying its workforce. Microsoft and other companies have sought to support organizations that encourage women to study technology in college.

Several hours after his onstage conversation was over, Nadella took to Twitter to backtrack from his comment, suggesting that tact - at least on Thursday - was not one of his own superpowers. A company spokesman said Nadella had commitments immediately after he left the stage that prevented him from responding earlier.
"Was inarticulate re how women should ask for raise," he wrote in a Twitter post. "Our industry must close gender pay gap so a raise is not needed because of a bias."
Nadella went further in an email to Microsoft employees on Thursday night, saying "I answered that question completely wrong."

He added, "If you think you deserve a raise, you should just ask."

Nadella's initial comment came during a conversation with Maria M. Klawe, the president of Harvey Mudd College and a Microsoft board member. During the discussion, she prompted Nadella for advice for women who are uncomfortable seeking promotions and career advancement.

Nadella said his own thinking on the matter was influenced by Mike Maples, a former Microsoft executive, who had a memorable saying about how human resources systems were inefficient in the short term and efficient in the long term.

"It's not really about asking for the raise, but knowing and having faith that the system will actually give you the right raises as you go along," Nadella said, according to a webcast of the event.

Nadella is not known for being tone deaf on women's issues. At the beginning of the discussion Thursday, Klawe, a prominent advocate for women in tech, she said she "adored" Nadella, calling him "amazing." For most of his time on stage discussing a wide range of issues, the audience seemed to approve, applauding frequently.
After Nadella made the statement about pay raises, Klawe politely told him that "this is one of the very few things I disagree with you on." Her comment was followed by a round of applause from the audience.

Men far outnumber women at large tech companies. Last week, Microsoft reported that 29 percent of its global workforce was female. That ratio is roughly in line with other big technology companies like Google, Twitter and Yahoo, which reported their figures earlier this year.

Even with that imbalance in the workforce, the pay gap between men and women in some parts of technology is not as pronounced as it is in other industries. According to data from Claudia Goldin, a Harvard University labor economist, female computer scientists make 89 percent of what men in the same occupation make, controlling for age, race, hours and education. Women in finance earn 66 percent of what men make and those in medicine earn 71 percent.

Her analysis included technology jobs in a wide variety of industries, not just Silicon Valley. When Klawe responded to Nadella's comment about raises, she described her discomfort negotiating her own salary.

When she was offered the position of dean of engineering at Princeton, Klawe said, she began discussing her salary only after accepting the job. The result, she estimated, was that she received about $50,000 less a year than she should have been. Klawe said she had also handled her pay discussions with Harvey Mudd poorly, saying that she did not protest when she was offered less money than she thought appropriate.
"Do not be as stupid as I was," she said, advising the audience to role-play with others before discussing compensation with potential employers. 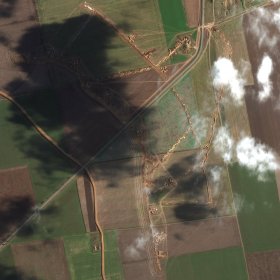