NEW YORK - Voters in Maryland and Maine approved same-sex marriage on Tuesday while a similar measure in Washington state appeared on track to pass, marking the first time marriage rights have been extended to same-sex couples by popular vote.

The vote was hailed as a watershed moment by gay rights activists because, while same-sex unions have been legalized in six states and the District of Columbia by lawmakers or courts, voters had consistently rejected doing so. Voters in more than 30 states have approved constitutional bans on gay marriage.

"It's enormous. We have truly made history," said Brian Ellner, head of the pro-gay marriage group The Four. "Having the first states approve marriage by a popular vote changes the narrative and sends an important message to the Supreme Court."

LONDON - European shares extended losses on Wednesday, as relief over the U.S. election result was eclipsed by concerns over the U.S. "fiscal cliff" of automatic American tax hikes and spending cuts.

"We're correlating with the U.S. People are now starting to digest the result in terms of what it actually means for the market. We did have a very strong day yesterday as well," said Joshua Raymond, a strategist at London-based firm City Index.

Iran cool to re-elected Obama and talk of talks

DUBAI - Iran reacted coolly to Barack Obama's re-election on Wednesday, as the head of its judiciary condemned the "crimes" of U.S. sanctions and indicated the president should not expect rapid new negotiations with Tehran.

"After all this pressure and crimes against the people of Iran, relations with America cannot be possible overnight and Americans should not think they can hold our nation to ransom by coming to the negotiating table," Sadeq Larijani was quoted as saying by IRNA news agency.

There had been speculation that, if Obama won a second term, the United States, which has not had diplomatic relations with Iran for three decades, might seek to engage it in direct talks. 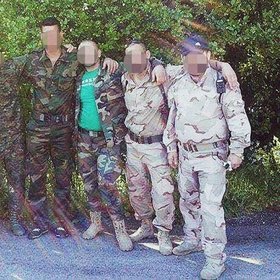