Well, it turns out that the airborne vehicle has been part of a series of “stealth” test flights by a company personally financed by Larry Page, the co-founder of Google and now the chief executive of Google’s parent, Alphabet.

The company, known as Kitty Hawk and run by Sebastian Thrun, who helped start Google’s autonomous car unit as the director of Google X, has been testing a new kind of fully electric, self-piloting flying taxi. This is an altogether different project from the one you might have seen last year in a viral video of a single-pilot recreational aircraft that was being tested over water, and it’s much more ambitious.

Imagine starting a network of autonomous air taxis, as Uber is planning to, but long before Uber actually does. That’s what Page is trying to do.

Until now, you wouldn’t know the air taxis in New Zealand had anything to do with Page: The planes operate there in what has been a covert project, under a company called Zephyr Airworks.

Now that project is about to go public: On Tuesday, Page’s company and the prime minister of New Zealand, Jacinda Ardern, will announce that they have reached an agreement to test Kitty Hawk’s autonomous planes as part of an official certification process. The hope is that it will lead to a commercial network of flying taxis in New Zealand in as soon as three years.

The move is a big step forward in the commercialization of this technology, which even the most optimistic prognosticators had recently bet would take another decade to achieve.

The decision to embrace the commercial use of flying taxis offers New Zealand an opportunity to leapfrog many developed countries in this area, and perhaps give it a head start over Silicon Valley, where much of the most innovative work has been taking place.

In an email, Ardern said the decision to work with Kitty Hawk was “about sending the message to the world that our doors are open for people with great ideas who want to turn them into reality.” She added, “We’ve got an ambitious target in New Zealand of being net carbon zero by 2050,” and given that the Kitty Hawk vehicle is fully electric, “exciting projects like this are part of how we make that happen.”

Back here in the United States, the move stands as a major challenge for our regulators, in particular the Federal Aviation Administration. While the FAA allows test flights of autonomous vehicles, there is no path to certify and commercialize them despite a constant stream of headlines about efforts from Uber, Airbus and others. Thus far, the agency, which oversees much busier skies than New Zealand and has long been underfunded, has been slow to adopt rules for new technologies.

Other countries, mostly in the Middle East and Africa, have been more aggressive about allowing unmanned flights and appear willing to be some of the first places where this technology will be used. But those countries have never been seen as models for aviation regulators in the rest of the developed world.

New Zealand, on the other hand, has long been viewed as having a thoughtful and safety-conscious regulatory regime. That means that the rules it develops may become a template for other nations, including the United States.

A number of rival companies have been laying the groundwork for air taxis. In November, Boeing acquired Aurora Flight Sciences. Airbus made an investment two weeks ago in Blade, an aviation startup in New York. Dubai formed a partnership with a Chinese company, EHang. And of course Uber has an entire division called Uber Elevate.

For those who follow the progress in this field — technologists, flight enthusiasts and billionaires seeking to transform the skies — it was thought that Page had been testing flights of a new self-piloting planes only in Northern California; several reports and images revealed the existence of newfangled aircraft last year from a company based there, called Zee Aero, that was associated with Page.

The mystery of what has been going on in New Zealand has quietly created a stir among those in the know. Kitty Hawk set up Zephyr in 2016 and has been in discussions under a nondisclosure agreement with regulators there for the past 18 months. There has been some speculation about the origin of Zephyr because it lists its chief executive as Fred Reid, who had also been listed as president of Zee Aero.

Page’s ambitions to create taxis in the sky has a sense of gravity, excuse the pun, not just because of his deep pockets and the technological prowess of his team but also because of Reid, who is a former chief executive of Virgin America. Before that he was president of Delta Air Lines and president of Lufthansa Airlines, where he was co-architect of the Star Alliance.

In an interview, Reid said the opportunity to use New Zealand as the first place to commercialize the autonomous taxi service was a step-change in the advancement of the sector. Kitty Hawk is already working on an app that would allow customers to hail one of its air taxis.

The aircraft, known as Cora, has a wingspan of 12 feet with a dozen rotors all powered by batteries. It can fly about 62 miles and carry two passengers. (Its code name had been Zee.Aero — hence all the speculation and confusion.) The plan, at least for now, isn’t for Kitty Hawk to sell the vehicles; it wants to own and operate a network of them itself.

But before everyone gets too excited — or nervous — about this “Jetsons"-like future, just know that virtually every prediction about how quickly air taxis would arrive has been wrong. Just last year, Dubai said EHang would begin operating an autonomous flying taxi service last July. It never happened. 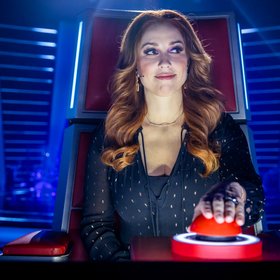 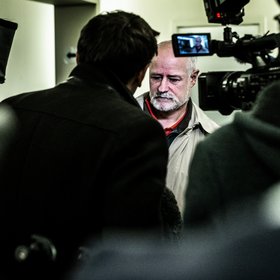