As we were reminded last summer when thousands of unaccompanied children showed up on our southwestern border, the security and prosperity of Central America are inextricably linked with our own.

The economies of El Salvador, Guatemala and Honduras remain bogged down as the rest of the Americas surge forward. Inadequate education, institutional corruption, rampant crime and a lack of investment are holding these countries back. Six million young Central Americans are to enter the labor force in the next decade. If opportunity isn't there for them, the entire Western Hemisphere will feel the consequences.

Confronting these challenges requires nothing less than systemic change, which we in the United States have a direct interest in helping to bring about. Toward that end, on Monday, President Obama will request from Congress $1 billion to help Central America's leaders make the difficult reforms and investments required to address the region's interlocking security, governance and economic challenges. That is almost three times what we generally have provided to Central America.

Last summer, as our countries worked together to stem the dangerous surge in migration, the leaders of El Salvador, Guatemala and Honduras asked for additional assistance to change the climate of endemic violence and poverty that has held them back. In June, I made it clear to these leaders that the United States was ready to support them - provided they took ownership of the problem. Obama drove home this point when the leaders visited Washington in July.

And they responded. Honduras signed an agreement with Transparency International to combat corruption. Guatemala has removed senior officials suspected of corruption and aiding human trafficking. El Salvador passed a law providing new protections for investors. Working with the Inter-American Development Bank, these three countries forged a joint plan for economic and political reforms, an alliance for prosperity.

These leaders acknowledge that an enormous effort is required. We have agreed to intensify our work together in three areas.

First, security makes everything else possible. We can help stabilize neighborhoods through community-based policing, and eradicate transnational criminal networks that have turned Central America into a hotbed for drug smuggling, human trafficking and financial crime. Some communities in Guatemala and El Salvador are already seeing the benefit of United States-sponsored programs on community policing, specialized police training and youth centers similar to Boys and Girls Clubs in the United States. As I learned in crafting the 1994 United States crime bill, these programs can reduce crime.

Second, good governance begets the jobs and investment that Central America needs. Today, court systems, government contracting and tax collection are not widely perceived as transparent and fair. These countries have among the lowest effective tax rates in the hemisphere. To attract the investments required for real and lasting progress, they must collect and manage revenues effectively and transparently.

Third, there is not enough government money, even with assistance from the United States and the international community, to address the scale of the economic need. Central American economies can grow only by attracting international investment and making a more compelling case to their citizens to invest at home. That requires clear rules and regulations; protections for investors; courts that can be trusted to adjudicate disputes fairly; serious efforts to root out corruption; protections for intellectual property; and transparency to ensure that international assistance is spent accountably and effectively.

We are ready to work with international financial institutions and the private sector to help these countries train their young people, make it easier to start a business, and ensure that local enterprises get the most out of existing free trade agreements with the United States.

The challenges ahead are formidable. But if the political will exists, there is no reason Central America cannot become the next great success story of the Western Hemisphere.

The region has seen this sort of transformation before. In 1999, we initiated Plan Colombia to combat drug trafficking, grinding poverty and institutional corruption - combined with a vicious insurgency - that threatened to turn Colombia into a failed state. Fifteen years later, Colombia is a nation transformed. As one of the architects of Plan Colombia in the U.S. Senate, I saw that the key ingredient was political will on the ground. Colombia benefited from leaders who had the courage to make significant changes regarding security, governance and human rights. Elites agreed to pay higher taxes. The Colombian government cleaned up its courts, vetted its police force and reformed its rules of commerce to open up its economy. The United States invested $9 billion over the course of Plan Colombia, with $700 million the first year. But our figures show that Colombia outspent us four to one.

The cost of investing now in a secure and prosperous Central America is modest compared with the costs of letting violence and poverty fester.

President Obama has asked me to lead this new effort. For the first time, we can envision and work toward having the Americas be overwhelmingly middle class, democratic and secure.

That is why we are asking Congress to work with us. Together, we can help Central America become an embodiment of the Western Hemisphere's remarkable rise - not an exception to it. 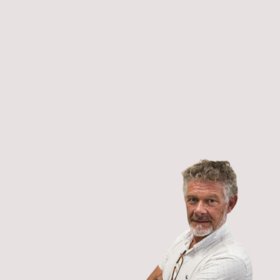