The hemp flowers — with names like K8, Chill Haus, Cannabismile White Pablo and Marley CBD — are sold under the tag “cannabis light” because their level of the psychoactive compound that makes people high is a tiny fraction of that typically found in cultivated marijuana.

But there’s a catch. The aromatic hemp flowers must not be smoked or eaten. Seeds, should there be any, must not be cultivated. As the jars’ labels sternly specify, the products are for “technical use” only and “not for human consumption.” Instead, they are sold — as countless salesclerks will explain with a nudge-nudge, wink-wink smile — as “collectors’ items.”

Such is the current, perplexing status of legal cannabis in Italy.

Italy’s cannabis mania, as it has been called, exploded after a December 2016 law regulating hemp production went into effect, a series of norms meant to help revive a crop that was once widely cultivated in the country. In the 1940s, Italy was said to be the world’s second-biggest producer of industrial cannabis, after the Soviet Union. (Statistics for China, also a major producer, do not exist).

The law was created for farmers growing industrial hemp, which has commercial uses like food, fabrics, clothing, biofuel, construction material and animal feed, but has minute levels of a psychoactive compound. But it did not regulate the use of cannabis flowers, also known as buds, and an entire economy emerged from the legislative void.

In the past year, companies packaging cannabis light have blossomed, dozens of shops selling cannabis products have opened, franchising brands have taken off, and many farmers have rotated fields to produce one of the 64 varieties of industrial hemp certified by the European Union.

“We created an awesome phenomenon,” said Luca Marola, who is widely credited with kick-starting the cannabis-light boom, thanks in part to extensive media coverage of his company, Easyjoint Project. As of February, he said, he had sold 17,000 kilograms, over 37,000 pounds, of flowers — a project that Marola, a longtime activist for marijuana legalization, calls a “form of civil disobedience.”

In the past century, marijuana and cannabis became associated with the word drug, effectively wiping out generations of tradition, said Gennaro Maulucci, the main organizer of a hemp-based trade fair in Rome. “We want to dismantle that defamatory reputation,” he said.

“It’s a new economy, it feels like Silicon Valley,” he added during the fair, Canapa Mundi, which drew more than 30,000 visitors over three days in February. And in this process, he said, “even cannabis light can contribute to the normalization of cannabis.”

The level of tetrahydrocannabinol — or THC, the compound that makes people high — is under 0.2 percent in cannabis light, a small fraction of the 15 percent to 25 percent or more that is typically found in cultivated strains of marijuana, whose street-level quality can be significantly lower in Italy. It has varying levels of cannabidiol, or CBD, which proponents say has analgesic and anti-inflammatory properties, without the psychoactive effects.

Some aficionados working for marijuana-promoting magazines have described the effects of cannabis light as a taking-the-edge-off kind of buzz, without actually getting stoned.

Easyjoint’s website specifies that its products must not be burned or eaten, and that they are not medicinal. But in an interview, Marola said cannabis light had properties that could be effective in various instances.

“Fortunately, more people suffer from insomnia and panic attacks” than Lou Gehrig’s disease, for which medical marijuana is often prescribed, he said, adding that medical marijuana should be reserved “for those who really need a product with high THC content.”

The scientific community is still out about the medical properties of cannabis light. Medical marijuana, on the other hand, has been increasingly popular in Italy since it was approved in 2006, and demand now greatly dwarfs supply.

Thousands of Italians use medical cannabis to assuage the symptoms of issues like post-chemotherapy nausea, muscle spasms caused by multiple sclerosis, epilepsy, anorexia and anxiety, even if many doctors hesitate to propose the treatment out of concern for potential legal liabilities.

Annual consumption of legal medical cannabis grew from 40 kilograms in 2013 to nearly 10 times that in 2017, “and we still haven’t reached a plateau,” said Col. Antonio Medica, the officer in charge of the Military Chemical Pharmaceutical Plant in Florence. That army-run plant is the only Italian agency to produce medical cannabis, and its first crop was distributed in 2017.

But as it cannot keep up with demand, the government also imports from Holland and, as of January, from Canada.

Medica said he thought demand could further quadruple. “Doctors have begun to see the importance of medical cannabis,” he said.

In September, pharmacies throughout Italy ran out of medical marijuana, prompting many patients with prescriptions to turn to the black market.

“The state isn’t respecting its own laws,” said Carlo Monaco, an owner of Rome’s Canapa Caffè, the only Italian locale for patients being treated with medical marijuana. “The people who are paying the consequences are disabled people, people with problems, who are unlikely to react because they are in difficult conditions,” he said.

While anyone can drink hemp tea or eat hemp-based food (when it’s available) at the cafe — whose legal status is also unclear — patients with a prescription can consume their own cannabis in a comfortable therapy room.

The cafe was created so that people didn’t have to medicate alone at home. “The problem is that the mentality is closed in Italy, and if you speak of cannabis as a cure, you’re seen as a druggie,” said Luigi Mantuano, the other owner of the cafe, which sells its own version of cannabis light. “We didn’t want people to close themselves off.”

Though medical and light cannabis are legal, several cannabis users shared stories of being detained when found with the flowers.

“If you’re stopped by the police after buying medical cannabis, you have to be lucky enough that the officers have read the law and don’t confuse it as a drug — otherwise it’s probable that you’ll spend the night in prison,” said Andreana Sirhan, a Rome pharmacist who sells medical marijuana.

The popularity of cannabis light has given fresh energy to marijuana legalization campaigns that have been simmering since the 1970s. A group of lawmakers from several political parties proposed a bill during the legislative session that ended last month, though it did not make its way through parliament.

There is no guarantee that the nebulous legal status of cannabis light will survive the legislative appetite of incoming lawmakers. The two parties most likely to govern Italy for the next five years, perhaps together, have differing views on marijuana use: The Five Star Movement is open to legalization, the far-right League party is against it.

In December, Paolo Molinari transformed his downtown Rome bar into a wannabe Dutch coffee shop (though no smoking was allowed), and began marketing his brand of cannabis light: Erba di Roma (Rome weed), which he said was popular with tourists.

He said he was concerned that the Italian cannabis light bubble could burst, but he was heartened by the growing number of states that have legalized marijuana in the United States.

“Legalization there has created jobs, reduced criminality and the contraband of poor-quality marijuana, and it’s a big tax boon for governments,” Molinari said. “Why remove a substance that creates income for the state?”

Besides, he added, “people will use it anyway.” 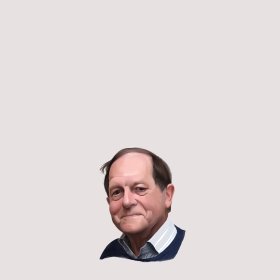