BAGHDAD - The extremists of the Islamic State appeared unstoppable after their sudden blitz through Iraq this summer, with its battle-hardened fighters continually raising their black flag over newly conquered areas.

Today, roughly a third of Iraq is dotted by active battle fronts, with intense fighting and occasional Islamic State victories. But analysts also say the days of easy and rapid gains for the jihadists may be coming to a close in Iraq, as the group's momentum appears to be stalling.

The international airstrike campaign against the Islamic State, also known as ISIS, has clearly played a role in slowing the Sunni Muslim group's advance. But analysts say other factors are having a major effect, including unfavorable sectarian and political demographics, pushback from overrun communities, damage to the group's financial base in Syria and slight improvements by ground forces in Iraq.

Across the territories the Islamic State holds, the group has overhauled its operations. Bases and hospitals have been evacuated and moved to civilian homes that are harder to identify and bomb, Iraqi officials said. Fighters who used to cross the desert in convoys now move in small groups or by motorcycle.

"The airstrikes from the coalition have been very helpful, and now the ISIS fighters are confused and don't know where to go," said Maj. Gen. Hamad Namis al-Jibouri, the police chief of Salahuddin province in Iraq, where a combination of government security forces and Shiite militias have been fighting the jihadists near the town of Beiji. "They have also raised the spirits of the groups on the ground that are fighting ISIS."

Most ground lost in Iraq

Still, airstrikes alone cannot achieve President Barack Obama's goal to "degrade and ultimately destroy" the Islamic State, analysts say. And they have not been the only reason the group's advance has seemed to slow.

One main factor in the shift has been demographics. The Islamic State thrives in poor, Sunni Arab areas that have lost their connection to the central state. The Sunni-led uprising against President Bashar Assad in Syria opened up such areas there. And the neglect of such areas in Iraq during the tenure of former Prime Minister Nouri al-Maliki made them an opportunity for the jihadists.

But after months of steady expansion, the Islamic State has taken most of these areas in Iraq while failing to seize areas with non-Sunni populations. And although it could still expand in Syria, the group also faces resistance from rival rebel groups there.

"ISIS can only expand in areas where it can enter into partnerships with the local population, and that largely limits the scope of the expansion of ISIS to Sunni, disenfranchised areas," said Lina Khatib, the director of the Carnegie Middle East Center in Beirut.

It is in Iraq, where coalition forces began bombing in August, that the Islamic State has lost the most ground. In recent weeks, combinations of Iraqi government units, Kurdish peshmerga forces, Shiite militias and armed Sunni tribesmen have seized the Rabia crossing with Syria; taken back the area of Zumar in the north and Jurf al-Sakr south of Baghdad; opened crucial roads in the country's center; and held off Islamic State advances elsewhere.

For the first time since the jihadists seized Mosul and much of northwestern Iraq in June, an Iraqi military vehicle can drive from Baghdad to the northern city of Irbil on a main highway.

Hisham Alhashimi, an Iraqi researcher and an expert on the Islamic State, said those changes had broken up the group's territory, making it harder for it to move its forces and for its couriers to relay messages among the leadership and the field commanders.

What differentiates the Islamic State from al-Qaida and other jihadist groups is that it claims to have re-established the Islamic Caliphate, making its commander the spiritual leader of Muslims everywhere. Very few Muslims abroad agree, and the group's argument would further fall apart if its fighters went underground.

"So central to this group's appeal is its ability to keep expanding," said Noah Bonsey, a Syria analyst with the International Crisis Group. "But as soon as that stops, the whole narrative is less convincing."

It has certainly not been all setbacks for the Islamic State. While the various Iraqi ground forces have generally grown more effective, they are still lacking in many parts of the country, including Anbar province, a vast and predominantly Sunni Arab region that abuts the capital.

Last month, the Islamic State seized the Anbar town of Hit and has since been killing members of the Albu Nimr tribe, which resisted its advance. The Iraqi human rights ministry said this week that more than 300 tribe members had been killed.

Because of Iraqi's sectarian dynamics, most agree that the government cannot send Shiite forces to fight in Anbar. The result has been a delayed, anemic attempt to push back the Islamic State there.

"The executions continue, and the support is weak," said Naim al-Gaood, an Albu Nimr leader who has spent recent weeks asking Iraqi officials for arms support while receiving nearly daily reports of new killings from home. "All we are asking for is supplies to protect people from getting killed and food to keep them from starving." 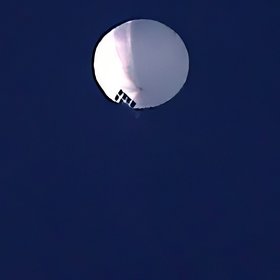