A rampage reminiscent of Tamerlane or Genghis Khan, perhaps, but in reality, according to reports by residents, activist groups and the assailants themselves, a description of the modus operandi of the Islamic State's self-declared caliphate this week. The militants have prosecuted a relentless campaign in Iraq and Syria against what have historically been religiously and ethnically diverse areas with traces of civilizations dating to ancient Mesopotamia.

The latest to face the militants' onslaught are the Assyrian Christians, of northeastern Syria, one of the world's oldest Christian communities, some speaking a modern version of Aramaic, the language of Jesus.

Assyrian leaders have counted 287 people taken captive, including 30 children and several dozen women, along with civilian men and fighters from Christian militias, said Dawoud Dawoud, an Assyrian political activist who had just toured the area, in the vicinity of the Syrian city of Qamishli. Thirty villages had been emptied, he said.

The Syriac Military Council, a local Assyrian militia, put the number of those taken at 350.

Reached in Qamishli, Adul Ahad Nissan, 48, an accountant and music composer who fled his village before the brunt of the fighting, said a close friend and his wife had been captured.

"I used to call them every other day. Now their mobile is off," he said. "I tried and tried. It's so painful not to see your friends again."

Members of the Assyrian diaspora have called for international intervention, and on Thursday, warplanes of the U.S.-led coalition struck targets in the area - suggesting that the threat to a minority enclave had galvanized a reaction, as a similar threat did in the Kurdish city of Kobani last year.

The assault on the Assyrian communities comes amid battles for a strategic crossroads in the area. But to residents, it also seems to be part of the latest effort by the Islamic State militants to eradicate or subordinate anyone and anything that does not comport with their vision of Islamic rule - whether a minority sect that has survived centuries of conquerors and massacres or, as the world was reminded Thursday, the archaeological traces of pre-Islamic antiquity.

An Islamic State video showed the militants smashing statues with sledgehammers inside the Mosul Museum, in northern Iraq, that showcases recent archaeological finds from the ancient Assyrian empire. The relics include items from the palace of King Sennacherib, who in the Byron poem "came down like the wolf on the fold" to destroy his enemies.

"A tragedy and catastrophic loss for Iraqi history and archaeology beyond comprehension," Amr al-Azm, a Syrian anthropologist and historian, called the destruction on his Facebook page.

"These are some of the most wonderful examples of Assyrian art, and they're part of the great history of Iraq, and of Mesopotamia," he said in an interview. "The whole world has lost this."

Islamic State militants seized the museum - which had not yet opened to the public - when they took over Mosul in June and have repeatedly threatened to destroy its collection.

In the video, put out by the Islamic State's media office for Nineveh province - named for an ancient Assyrian city - a man explains, "The monuments that you can see behind me are but statues and idols of people from previous centuries, which they used to worship instead of God."

A message flashing on the screen read: "Those statues and idols weren't there at the time of the Prophet nor his companions. They have been excavated by satanists."

The men, some bearded and in traditional Islamic dress, others clean-shaven in jeans and T-shirts, were filmed toppling and destroying artifacts. One is using a power tool to deface a winged lion.

The Islamic State has presented itself as a modern-day equivalent of the conquering invaders of Sennacherib's day, or as Islamic zealots smashing relics out of religious conviction. Yet in the past, the militants have veered between ideology and pragmatism in their relationship to antiquity - destroying historic mosques, tombs and artifacts that they consider forms of idolatry, but also selling more portable objects to fill their coffers.

The latest eye-catching destruction could have a more strategic aim, said Azm, who closely follows the Syrian conflict and opposes both the Islamic State and the government.

"It's all a provocation," he said, aimed at accelerating a planned effort, led by Iraqi forces and backed by U.S. warplanes, to take back Mosul, Iraq's second-largest city.

"They want a fight with the West because that's how they gain credibility and recruits," Azm said. "They want boots on the ground. They want another Fallujah," a reference to the 2004 battle in which U.S. Marines, in the largest ground engagement since Vietnam, took that Iraqi city from al-Qaida-linked insurgents whose organization would eventually give birth to the Islamic State.

The Islamic State has been all-inclusive in its violence against the modern diversity of Iraq and Syria. It considers Shiite Muslims apostates, and has destroyed Shiite shrines and massacred more than 1,000 Shiite Iraqi soldiers. It has demanded that Christians living in its territories pay the jizya, a tax on religious minorities dating to early Islamic rule.

Islamic State militants have also slaughtered fellow Sunni Muslims who reject their rule, killing hundreds of members of the Shueitat tribe in eastern Syria in one clash alone. They have also massacred and enslaved members of the Yazidi sect in Iraq.

The latest to face its wrath, the Assyrian Christians, consider themselves the descendants of the ancient Assyrians and have survived often bloody Arab, Mongolian and Ottoman conquests, living in modern times as a small minority community periodically under threat. Thousands fled northern Iraq last year as Islamic State militants swept into Nineveh province.

Early in February, according to Assyrian groups inside and outside Syria, came a declaration from the Islamic State that Christians in a string of villages along the Khabur River in Syria's Hasaka province would have to take down their crosses and pay the jizya, traditionally paid in gold.

That prompted some to flee, and others to take a more active part in fighting the Islamic State alongside Kurdish militias, helping take back some territory.

Islamic State militants hit back, hard, driving more than 1,000 Assyrian Christians from their homes, some crossing the Khabur, a tributary of the Euphrates, in small boats by night.

Nissan, the accountant, described how he and others crammed into a truck, paying exorbitant rates, to escape. Earlier, he said, Nusra Front fighters and other Syrian insurgents had looted the village without harming anyone, but he feared the Islamic State more because "they consider us infidels."

"I made a vow, when I return I want to kiss the soil of my village and pray in the church," he said, adding that he had composed a song for the residents of Nineveh province when they were displaced a few months ago.
"I called it 'Greetings from Khabur to Nineveh,'" he said. "Now we're facing the same scenario." 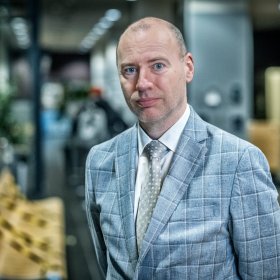 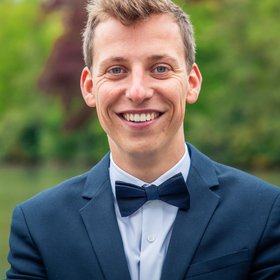