In Iraq, the good news always seems to come mixed with bad. The good news right now is largely on the military front. Iraqi, Kurdish and American forces appear to be turning the tide against the Islamic State, also known as ISIS or ISIL.

American air operations have inflicted heavy losses on the group - killing its fighters, destroying its equipment, disrupting its command and impeding its movements.

As a result, the Islamic State is more and more on the defensive. It has not made any significant conquests since the summer. During the past month, it mounted a major offensive in western Anbar Province but achieved only modest gains.

American military officials in Iraq tell me they are confident that a smaller, revamped Iraqi Army will be ready to launch big operations to retake Iraq from the Islamic State in the next four to eight months. Kurdish and Iraqi forces have largely secured Baghdad and its environs, made gains in the cities of Baiji and Samarra, cut the road by which the Islamic State was supporting its garrison in Mosul from its base in Syria, and are encroaching on Mosul itself. In six to 18 months, the Islamic State may be driven out of Iraq altogether.

That would seem to be a good thing - a stunning reversal from just six months ago, when the Islamic State swept across northern Iraq like a juggernaut.

The problem is that political progress in Iraq has not kept pace with the military campaign. In fact, political reconciliation between the Sunni and Shiite communities is at a standstill. A military victory under these circumstances could turn into a "catastrophic success."

Iraq's Sunni and Shiite communities are captive to the mistrust from the 2006-8 civil war, inflamed by Prime Minister Nuri Kamal al-Maliki's violent treatment of the Sunnis from 2010 to 2014 and the subsequent Sunni embrace of the Islamic State.

The government's security forces, both army and police, are overwhelmingly Shiite. Prime Minister Haider al-Abadi has done a heroic job replacing many Shiite loyalists and political hacks at the top of the military chain of command with more competent officers, including many Sunnis. But the enlisted ranks and junior officers remain disproportionately Shiite.

On top of that, many of Iraq's recent conquests were won by Iranian-backed Shiite militias. The government does not like to admit it, but these Shiite militias often lead Iraqi attacks and form the backbone of their defenses.

In these circumstances, offensive operations into the Sunni heartland - Anbar, Nineveh and Salah al-Din Provinces - could be disastrous.

The Sunni populace is terrified by reports of Shiite troops and militiamen conducting brutal ethnic cleansing operations. Without a new power-sharing agreement, promises that they will not be mistreated, and a program for reconstruction, the Sunnis may well see Iraqi government forces (and even the Kurds) not as liberators, but as a conquering Shiite army.

If that is the case, they will defend the Islamic State and, even if it is defeated, resist the Shiite forces. Military victory would not end the slow-burning Iraqi civil war, but would inflame it.

Unfortunately, there is little prospect that the Iraqis will reach a reconciliation to avert the danger of catastrophic success on their own.

Abadi is a good man in a difficult position. He understands the importance of political reconciliation, but he is badly constrained in his ability to deliver.

Many of the most important Shiite leaders oppose reconciliation because they distrust the Sunnis. Others will block anything Abadi does so that they can undermine him and take his place. Abadi is further constrained by Iran, which seems interested in reconciliation, but only on its own terms.

For its part, the Sunni leadership is fragmented as a result of Maliki's campaign against it. Many Shiite leaders shrug off calls for compromise with the Sunnis by claiming that they have no strong, legitimate Sunni partner to bargain with.

Yet the government isn't doing enough to help unify them. Despite Baghdad's claims to the contrary, there has been little outreach to the Sunni tribes.

The Iraqis are not going to solve these problems on their own. Someone is going to have to help them. That someone can only be the United States.

The United States still retains credibility with Iraqis because we pulled off the same feat in 2008, pacifying Iraq militarily and setting it on a path toward political stability (if only after our disastrous mistakes, which pushed Iraq into civil war in the first place). We are the only country that can do the job, and we need to do it, or Iraq will unravel again and President Obama's judicious decision to recommit to Iraq will be for naught.

The White House should designate a high-level representative to take on the challenge, like the United States ambassador to Iraq, Stuart E. Jones, or another diplomat with Iraq experience, like Brett H. McGurk, now the envoy to the global coalition fighting the Islamic State.

This representative should serve as a mediator, bringing Sunni and Shiite together to hammer out a new power-sharing arrangement and establish the mechanics of the reconquest of the Sunni lands. However, because of the fragmentation of the Sunni leadership, the American representative will probably have to act as its surrogate in negotiations. This is effectively what Ambassador Ryan C. Crocker did in Baghdad in 2007-8.

Finally, the American representative will most likely need some additional leverage to secure a deal. If Washington were willing to offer additional military training, hardware, support forces, diplomatic support, technical assistance, financial support and targeted economic aid, it could persuade Iraqi Sunnis and Shiites to accept less from one another in expectation of getting more from the United States.

Obama's willingness to recommit to Iraq has already yielded important results, but the military victories that have been achieved could boomerang if military progress is not coupled with political reconciliation. Doing so will be hard, but hardly impossible. It is essential if we are to turn the battlefield gains against the Islamic State into lasting political achievements. 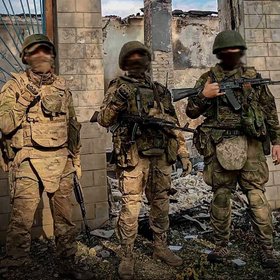