But not until 7:58 Tuesday morning did these and other strange and, at least in retrospect, alarming dots come together to form a clear picture of what had been going on for more than two months in the dilapidated but spacious top-floor apartment at 4 Max Roos St. in the Brussels borough of Schaerbeek.

It was then that two homemade bombs - confected from malodorous and highly volatile chemicals in the living room of the apartment - exploded in the check-in area of the airport, followed an hour later by another at a busy subway station. Together, the attacks killed 31 people.

A third bomb was found unexploded at the airport, but the two that were detonated blew holes in the roof and maimed scores of people as they waited to check their baggage. On Saturday, the airport was still closed, a huge and macabre crime scene instead of a global crossroads and the main entry point to the "capital of Europe," a city that houses the headquarters of the European Union and NATO.

Acting with uncharacteristic - and still unexplained - swiftness, Belgian security forces sealed off the area around the apartment in Schaerbeek within 90 minutes of the airport attack. The authorities attributed their speedy reaction to a tip-off from the taxi driver.

But the driver was said to have alerted the police only after a photograph of the suspects in the attacks was released hours later, raising questions about whether the police had perhaps already had the building in their sights but, for some reason, had not moved in and smashed through the front door to the sixth-floor apartment until it was too late.

"There were investigations before and after the events" of Tuesday, Alexandrino Rodrigues, the owner of the building, said in an interview, suggesting that the police had suspicions before the attacks and had not entirely ignored the report from a concerned neighbor. "You can't catch a rabbit without knowing where it lives," he added.

A small, idiosyncratic and proudly placid country, Belgium has none of the long and bloody entanglements in Muslim lands that have made the United States and neighboring France such obvious targets for global jihad. Yet with its large communities of often poor and poorly integrated Muslim immigrants and its own deeply rooted divisions of language, geography and politics, Belgium finds itself at the center of Europe's struggle with terrorism and a glaring example of the obstacles blocking the way.

How the lengthy preparations for Tuesday's attacks - by militants who either were or should have been on the authorities' radar and, in some cases, with ties to the November attacks in Paris - could go undetected has stirred dismay and anger from politicians and also the public, as well as from allies in Europe and beyond.

"Why such repeated dysfunctions?" Marco Van Hees (PVDA), a member of the Belgian Parliament, asked the interior minister and two other ministers who were summoned on Friday to explain the failure. "We are certainly not dealing here with just a glitch, a little bug, but a deep structural problem."

That Belgium has a serious problem with jihadi militancy has been clear for years, particularly since January of last year, when the police raided a terrorist hideaway in the eastern town of Verviers and foiled what the authorities said was a major plot. That success, however, masked rather than solved the problem, which exploded with brutal horror in Paris, when militants, many of them Belgians, killed 130 people with bombs made in the Brussels district of Schaerbeek, the same area that would later house the bomb-making workshop on Max Roos Street.

How was it possible, members of Parliament asked, that two of the suicide bombers in the Brussels attacks, Ibrahim el-Bakraoui and his younger brother Khalid, both residents on Max Roos Street since the beginning of the year, had managed to go undetected for so long? And all this despite a record of violent crime in Belgium and, in the case of the older brother, a clear warning from Turkey in June that he was on his way back to Europe after being arrested as a suspected terrorist while on his way to Syria?

And was it really true, the lawmakers demanded, that the authorities had received a precise tip in December about the possible whereabouts of Salah Abdeslam, the only known survivor among the terrorists responsible for the Paris attacks, who was finally captured in Brussels on March 18? He was found at the address cited in the December tip-off, which had not been acted on because it had not been passed up the police chain of command.

Jan Jambon, the interior minister, told legislators he could not comment because an inquiry was underway into who had known what and when about the possible location of Abdeslam, who until his capture on March 18 had been Europe's most wanted man.

At the hearing Friday, questions were also raised about whether the Brussels attacks could have been avoided if Abdeslam had been subjected to extensive and tough questioning immediately after his arrest. Instead, he was questioned a full day later, and then only about the Paris attacks. Insisting he was only a bit player in Belgium's jihadist network, he gave no information about any impending attack, the authorities said.

The Belgian federal prosecutor's office issued a statement Friday saying that Abdeslam, who was shot in the leg during his arrest, was not questioned immediately because of his need for medical treatment.

In a sign the Belgian authorities had the el-Bakraoui brothers in their sights before they carried out their attacks, interrogators presented Abdeslam with photographs of the siblings after his capture and asked if he knew them. According to excerpts from the March 19 interrogation obtained by Le Monde, Abdeslam firmly denied knowing the men who three days later would subject Brussels to its bloodiest attack since World War II. The Belgians dropped the matter.

Whether Abdeslam knew about the attacks being planned for Brussels is still not known, but he certainly knew at least some of the militants who carried them out. The most notable was Najim Laachraoui, 24, who grew up in Schaerbeek and is thought by investigators to have run the bomb-making atelier on Max Roos Street and an earlier workshop on Henri Bergé Street where explosives were assembled for the Paris attacks.

Laachraoui's DNA was found on at least two suicide vests used in Paris, providing the most definitive link so far between the terrorist plots in Paris and Brussels.

In September, while using a false identity card, he was stopped along with Abdeslam at the Hungarian-Austrian border, but was not detained. He then rented a house in Auvelais, Belgium, that was used by the Paris attackers.Laachraoui, like Abdeslam and the suspected architect of the Paris attacks, Abdelhamid Abaaoud, is a veteran of the conflict in Syria. He traveled there in February 2013, helping to blaze a jihadi trail that has since been taken by hundreds of other young Muslims from Belgium, Europe's biggest source of jihadi fighters relative to population size.

Bernard Clerfayt, the mayor of Schaerbeek, said he had known Laachraoui had gone to Syria but had been at a loss about how to respond. Thinking that Laachraoui would not return to Belgium, he said the Schaerbeek borough had struck him off the electoral roll in 2015 but had been powerless to do more.

Unlike Molenbeek, which has been swamped by the police since the Paris attacks and was the target of raids during the hunt for Abdeslam, Schaerbeek offers a mix of wealthy and immigrant neighborhoods, a diversity that until the attacks here had spared it from intense scrutiny as a jihadi base.

Laachraoui's links to and familiarity with the area, where the father of the el-Bakraoui brothers ran a butcher's shop, helps explain the choice of Schaerbeek for their bomb-making workshop on Max Roos Street.

Rodrigues, the building's owner, said he saw Laachraoui visit the building two or three times a week. Bought last year by Rodrigues, who promptly evicted the previous residents and began renovating the rundown property, it was mostly empty except for builders, meaning that young men arriving with barrels of chemicals were unlikely to arouse much suspicion.

Rodrigues said Ibrahim and Khalid el-Bakraoui were his first tenants, and they had provided him with fake identity papers and bogus pay slips to obtain a one-year lease. Three others, including a man since identified as Laachraoui, visited regularly.

The smell in their apartment was horrendous, the owner said, recalling how he had seen on the floor two large fans similar to ones found on construction sites, and an exhaust fan on the wall. Such fans would be useful in the final stages of preparing TATP, the homemade peroxide-based explosives used in the bombings Tuesday, and also by the November suicide bombers in Paris.

After breaking into the apartment Tuesday morning, police officers found 30 pounds of TATP - enough for another powerful bomb - as well as nearly 40 gallons of acetone and 8 gallons of hydrogen peroxide, materials used in producing TATP. They also found a suitcase full of nails and metal bolts, used to make bombs more lethal, as well as an Islamic State flag.

Rodrigues said that whenever he visited the apartment, the door to the living room was always shut, while windows throughout the apartment were always open. Rodrigues said he would smell a "very strong chemical odor" that he could not quite put a finger on. "If it smelled like bleach or drugs, I would've recognized it," he said.

Rodrigues said that while he was mystified by the odor, he never reported anything amiss to the police.

But at least one resident in the area did go to the police, not because of the smell but because of strange comings and goings from the building. Rachid Ghaddih, a longtime local resident who lives around the corner, said nobody in the neighborhood suspected anything related to terrorism but added that the strange goings-on at the building had been brought to the attention of the local agent de quartier, a police officer responsible for keeping a registry of residents and other tasks.

The agent de quartier, Philippe Swinnen, declined to be interviewed. Rodrigues said the officer had stopped by the building at least twice to check whether the names of residents were properly listed, but never entered because the el-Bakraouis did not list their names. "It took him three months to figure out that people were living" on the top floor, Rodrigues said, adding: "But it was too late. That's how things work in Schaerbeek." 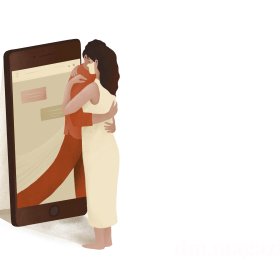 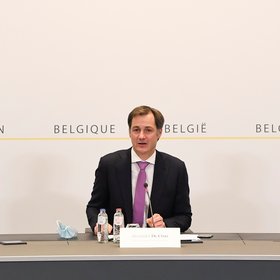