Duncan, recall, was screened before his flight and found to have a normal temperature. Asked specifically about exposures, he denied any contact with the ill. On Sept. 25, when he first presented to the emergency room with a fever, he was discharged. He returned three days later with fulminant infection. But the fact remains that even if Duncan had been identified and isolated on the first visit, it may have been too late. He had probably been exuding the virus for days. The news that a nurse who helped treat Duncan has now tested positive for the disease, evidently because of a breach of safety protocols, adds to the picture of disorder.

In the wake of the Duncan case, three strategies to contain the entry and spread of Ebola in the United States have been proposed. The first suggests drastic restrictions on travel from Ebola-affected nations. The second involves screening travelers from Ebola-affected areas with a thermometer, which the federal government is beginning to do at selected airports. The third proposes the isolation of all suspected symptomatic patients and monitoring or quarantining everyone who came into contact with them.

Yet all these strategies have crucial flaws. In the absence of any established antiviral treatment, we may need to rethink the concept of quarantine itself.

"Quarantine" sounds like a medieval concept because it is. Invented in the mid-1300s to stop the bubonic plague, the word derives from the Italian for "40 days," the time used to isolate potential carriers. Although the practice of quarantine has been reformed over the centuries, pitfalls remain. They are especially evident during this epidemic.

An indiscriminate ban on travel would make it impossible for aid workers to reach the most widely affected areas, obviously deepening the medical and humanitarian crisis. It would also encourage subversion: Travelers might pass through other countries, confounding efforts to track their origin.

Screening travelers from affected areas using questionnaires and temperature may prove effective, but here, too, there are profound weaknesses. Low-grade fevers can easily be concealed with antipyretics like Tylenol. More important, by the time an Ebola carrier has a fever, he or she is already in an infectious phase and may have exposed many others to the virus.

Isolating symptomatic patients is certainly effective, but it will not work as a proactive strategy of containment. By that point, a carrier may have already infected dozens of people. Even when surveillance is well deployed, the collateral costs associated with it are forbidding. Between July 31 and mid-September, New York City's health department received 57 calls reporting suspected infections based on fevers. Of these, only six merited further testing. Three cases were caused by malaria and one by anaplasmosis; two were of unknown causes. Ebola was not found in any of the cases.

There is a fourth strategy, although it will need to be evaluated and deployed carefully. Since the 1990s, novel methods have allowed doctors to detect viruses in the pre-symptomatic phase of an infection, often with remarkable sensitivity and precision. One of these involves the polymerase chain reaction, or PCR, a chemical reaction that amplifies pieces of a virus' genes floating in blood by more than a millionfold, which is what makes early, pre-symptomatic infections identifiable. The technique is not particularly cumbersome: As an oncologist working with blood cancers, I have been using variants of it to detect subclinical infections in patients for nearly a decade.

A 2000 study in The Lancet illustrates the power of this approach. Twenty-four "asymptomatic" individuals exposed to Ebola were tested using PCR. Eleven of the exposed patients eventually developed the infection. Seven of the 11 tested positive for the PCR assay; none of the other 13 did. In 2004, virologists at the Centers for Disease Control and Prevention further refined this method to increase its sensitivity. The test now requires only a teaspoon of blood. The sample is transported on ice to a centralized lab. Results are back in a few hours.

Technologies like this allow us to imagine a new form of quarantine.

Rather than relying on primitive instruments, indiscriminate profiling or questionnaires, we should consider running a pilot program to test asymptomatic travelers using sensitive PCR-based techniques. Obviously, such technologies are expensive, but the cost is not prohibitive. A typical PCR reaction, including labor, costs between $60 and $200 (we have already spent 100 times more disposing of the contaminated sheets from the Duncan stayed in). Since the test takes about a third of the time of a trans-Atlantic flight, the flight would become the quarantine.

Huge logistical questions would need to be solved. Where would such a screening test be administered - before departure from West Africa or upon landing in the United States? Could we imagine a walking quarantine in which travelers were granted provisional entry, but recalled if they tested positive? What infection precautions would need to be in place for such testing? What forms of consent would be required? Who would bear the costs? Who exactly would be tested?

Despite these questions, we should develop a pilot program, perhaps targeting the worst-hit regions of the epidemic. Currently, immigrants to the United States are screened with blood tests and chest X-rays to detect preclinical tuberculosis. Testing nonimmigrant travelers is obviously a much larger endeavor, but a targeted program is worth the effort.

One major issue with this kind of rapid-testing quarantine is the phenomenon of false positives. But PCR-based testing for Ebola has a low false-positive rate (three per 1,000), and its accuracy could be further improved by focusing on patients who come from particular geographic regions or by using more refined questionnaires. The second problem is false negatives: missing actual carriers of the infection. And yet, at four false negatives per 1,000, the detection rate might be sufficient to keep Ebola from becoming epidemic in the United States. Even the presence of such a testing and tracking system would act as a deterrent to those who wish to evade detection.

A rapid-testing quarantine would be expensive, but a pilot program might teach us much more about how to move forward. It certainly does not solve the civil liberties questions of quarantining, but it makes them vastly more palatable.

Ebola is an ingenious virus. To fight it, we need to be just as ingenious. 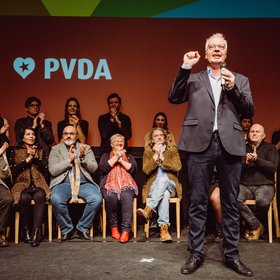 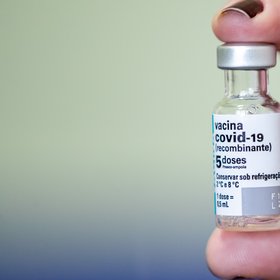